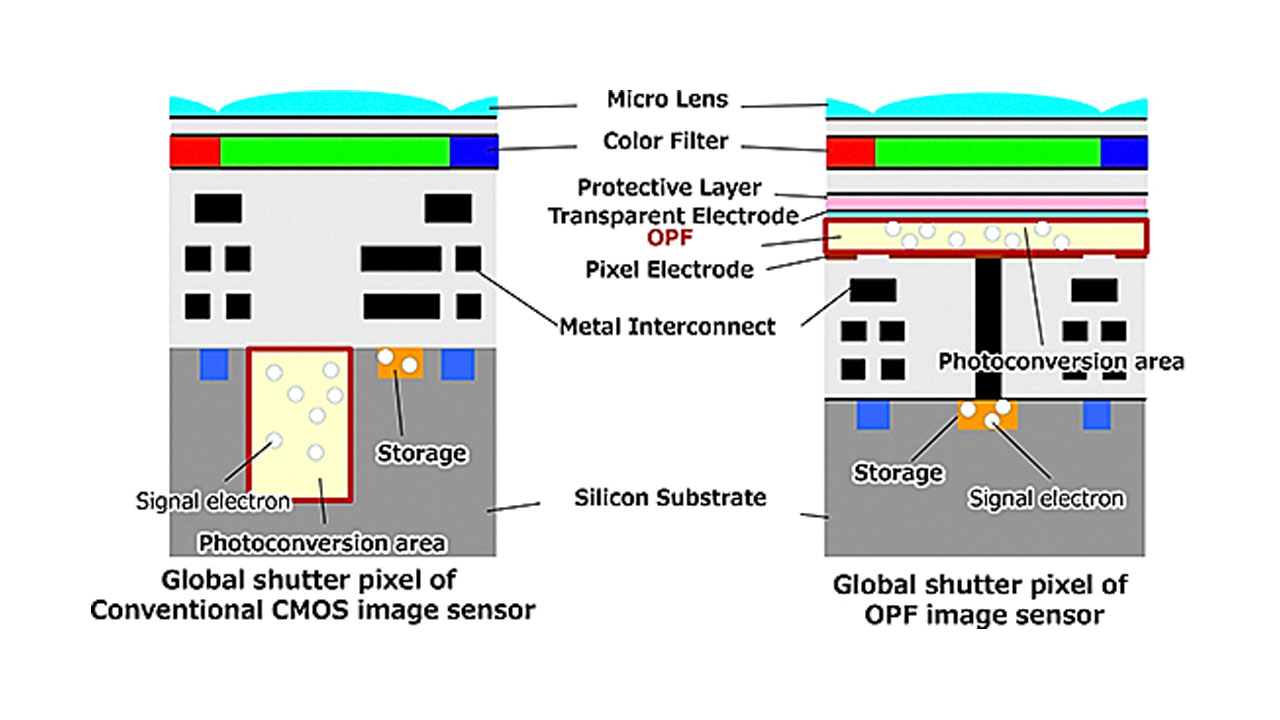 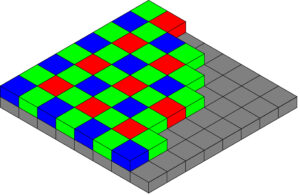 Any image sensor comprises a large array of photosites (think pixel), and a color filter array (CFA) assigning one color (red, green, or blue) to each photosite. The most common CFA is the bayer CFA.

With a traditional global shutter CMOS sensor, part of the total potential surface area of each light sensitive photosite is dedicated to necessary circuitry to store an electrical charge and is masked, this means there’s less space left for detecting light.

Panasonic employs OPF (Organic Photoconductive Film) rather than the traditional silicon photodiode for photoelectric conversion, this allows the circuitry necessary to store charge to be almost totally independent and located under the OPF layer instead of taking up space on the surface of the sensor.

This allows the full surface area of each photosite (pixel) to be light sensitive. In addition the OPF layer realises a 1.2x increase in sensitivity over a conventional photodiode. Because the OPF layer is four to six times thinner than a conventional photodiode (only 0.5 microns) the range of incident angles of light that can be converted increases from 40 degrees to 60 degrees further increasing the light gathering potential at each photosite.

These improvements all add up to a significant overall increase in sensitivity, and higher signal to noise ratio in low light conditions.

The use of an OPF layer for photoelectric conversion instead of a photodiode allows a global shutter to be implemented in a completely different way compared to traditional sensors. A conventional CMOS image sensor with global shutter requires charge storage near the photodiode. As explained above this reduces the area of each photosite (pixel) that can be sensitive to light, and allows only a limited capacity for charge storage, limiting the maximum saturation value (dynamic range).

Panasonic have implemented global shutter functionality by controlling the photoelectric conversion efficiency of the OPF layer itself without any impact to sensitivity or saturation value.

Because the photoelectric conversion efficiency of the OPF layer can be controlled by modulating the applied voltage to the OPF, it is possible to record multiple exposures of variable exposure time and sensitivity. This also allows the sensor to detect motion and direction.

We will have to wait and see how quickly Panasonic can implement this new technology in a commercial product, but it seems that OPF CMOS sensor technology could be the most significant advancement since digital video shifted from the CCD.