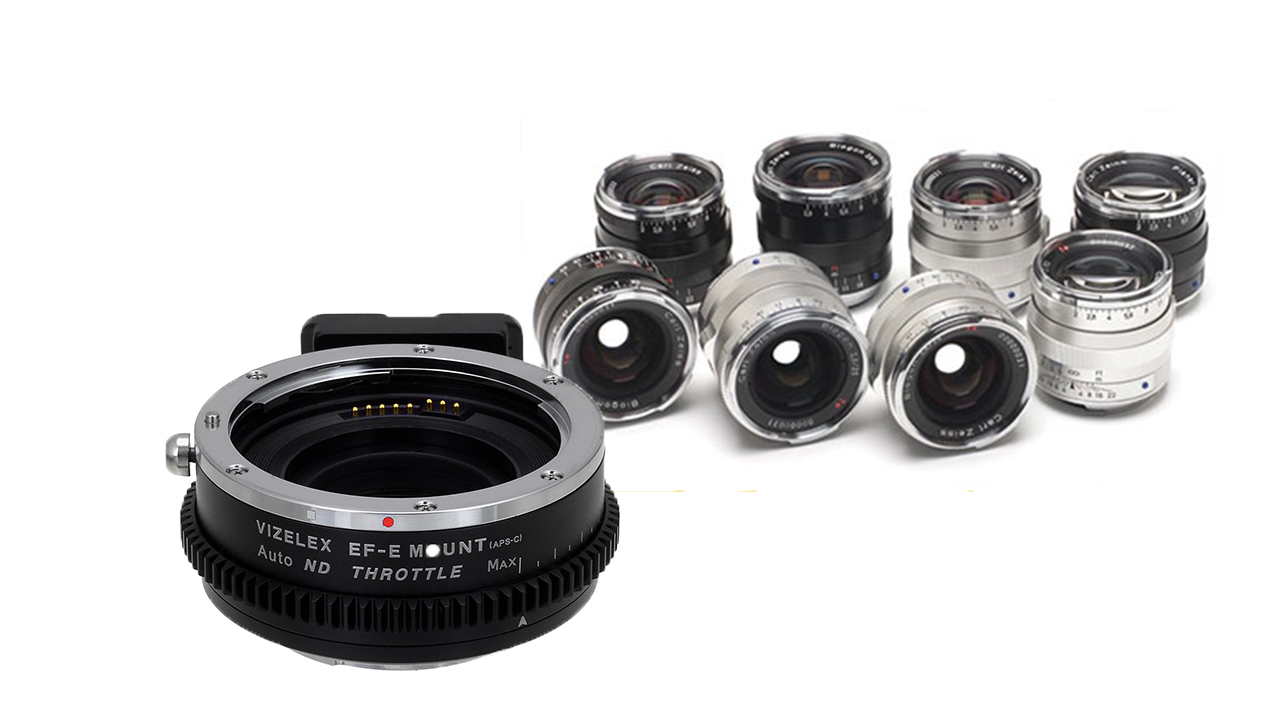 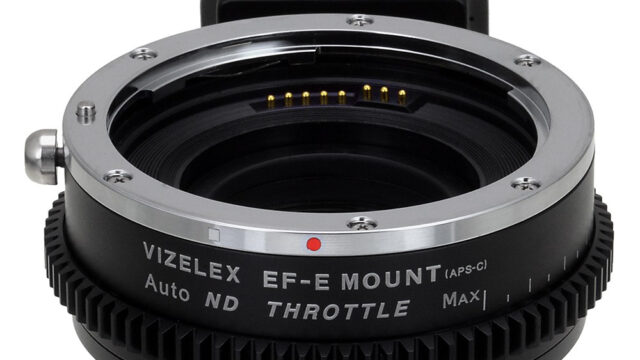 E Mount adapters not only come in all sizes and flavours, but the small flange distance required between lens and sensor allows adapter manufacturers to keep integrating features to increase their usability. Recent products along this line are Fotodiox’s new Vizelex ND Throttle for the Canon EF Mount, and Techart’s Leica M Mount autofocus adapter.

The original Fotodiox ND Throttle was released a couple of years ago and received generally positive reviews. It offered a mechanical connection with an integrated variable ND filter, a handy feature that eliminated the need for filters of different sizes or step-up rings, and was an ideal match to quality manual EF lenses like the Rokinon cine line.

The new incarnation of the ND Throttle builds on the previous version by supporting electronic communication between the lens and the camera. In addition to the 10-stop variable neutral density filter, the camera can now control aperture and provide power for image stabilisation. Something to keep in mind, though: as other smart E mount adapters have demonstrated, full compatibility is never guaranteed. There are usually quirks ranging from lens flaring to intermittent loss of electronic communication. Time will tell how the new Fotodiox plays with original and third party EF lenses out there.

This new version only projects an APS-C sized image, so if you’re using any of the A7 series of cameras, you will need to use crop mode to avoid vignetting. Although this might seem like a deal breaker, just remember that digital cinema cameras do have a Super 35mm sensor. So even though you will not be able to use the full frame, you can still pretend your A7S is a little bit like the new FS5 with the built-in variable ND… Kinda. But maybe this means a full-frame adapter is not entirely out of the question for the future?

In the world of manual lenses, Leica’s M mount optics have generally been held in high regard. This mount has been in use since the 50’s, and there is indeed some very high-quality glass available from Leica and Zeiss—both modern and vintage. There are already several mechanical E mount adapters for them out there, which is great as we shouldn’t really expect any electronic functionality out of these manual lenses… Or should we? Well, there have been a few videos doing the rounds in recent days showing an adapter that gives autofocus function to these very popular lenses.

This interesting adapter has an integrated motor that moves the whole lens back and forth to achieve focus. It remains to be seen if the mechanism will have the oomph to cope with some of the system’s longer lenses. Nevertheless, this quick demo shows a relatively decent focusing speed when paired with the Sony A7RII: not as fast as a native Sony lens, but certainly not as slow as other types of adapters combined with more modern lenses.

With the new Fotodiox E mount adapter just recently released and this M-mount version not even shipping yet, it is too early to comment on their quality. But with new ideas like these or the upcoming Aputure DEC adapter with built-in focal reducer, it is clear that the engineering of today is paving the path to ever-increasing flexibility and compatibility among camera systems.