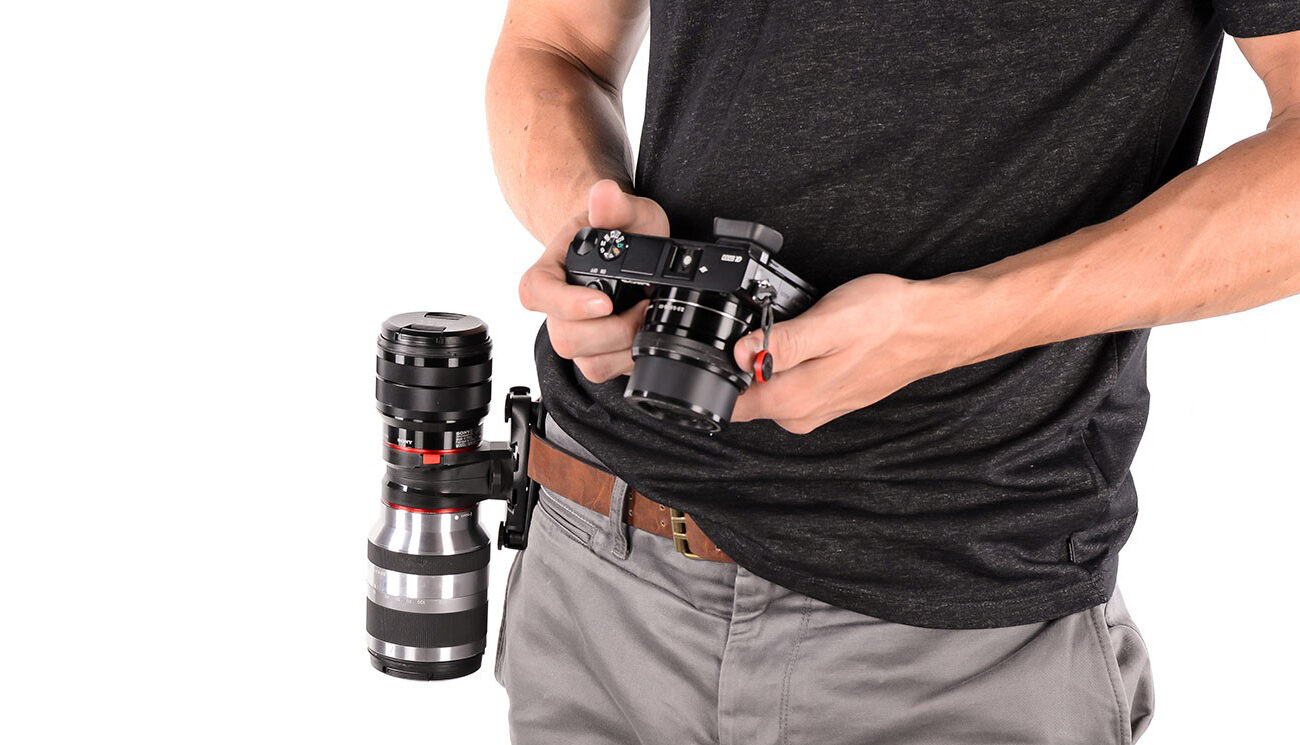 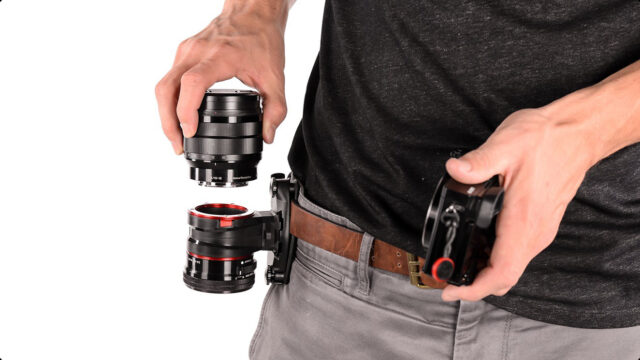 I know, it looks like a bulky version of that elegant Jedi weapon—the lightsabre—but it is a quite genius piece of gear. Everybody who works as a one man band knows the unpleasant situation of having to change a lens while holding another one and the camera body, too. That’s where the CaptureLens comes into its own!

Peak Design, a well-known manufacturer of camera accessories—some of them successfully funded via kickstarter—has just released a very useful piece of equipment: the CaptureLens. Announced in summer 2015, it’s now ready for delivery.

The idea is to have a lens mount which is capable of having two lenses attached to it at the same time handy—one on the top, one on the bottom. If you want to change lenses, use both of your hands to detach the lens from your camera body, as per usual. Then, attach the lens to one side of the Capture Lens Clip and rotate the whole thing. The now top faced lens is ready to detach with easy one hand operation, and you can attach it to your camera body. Job done! 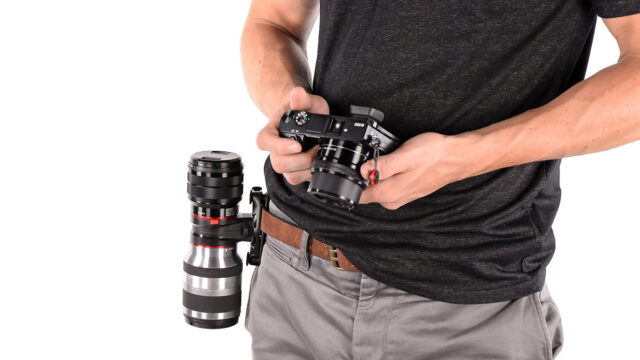 The set consists of two pieces, the CaptureLens and the Lens Kit, which is available for various lens mounts, such as Canon EF, Nikon F or Sony E/EF mount.

Another neat feature is the rotating 4-way locking swivel which ensures a freely rotating device as well as four lock positions for securing your unused lens.

Check out the video below. It becomes very simple to understand how it works when watching it in action. Also, make sure to check their product page for more info.

I think it’s an ingenious piece of gear—though it might look a little weird on your belt. What is your opinion of such a device?