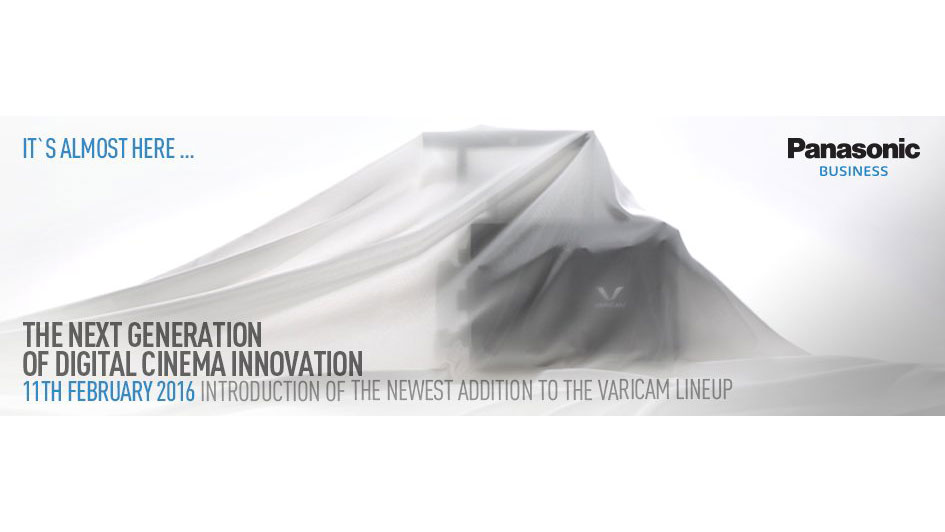 Panasonic is teasing a new addition to their Varicam lineup with this image, to be introduced on February 11. They are also sending out invitations for press events about the new Varicam to be held at various venues around the world on February 10—with one of them being held in Hollywood.

It’s very clear that there’s going to be a new professional camera from Panasonic, which obviously won’t be a GH5 (or maybe that will be announced, too?).

Panasonic has been taking a step back from the large sensor camera market after their introduction of the AF100 many years ago, until the introduction of their super-high end Varicam 35 much more recently, which aims to be an Arri Alexa competitor at a similar price level.

I expect the new Varicam to be a lower-end camera, but we have yet to see whether it will take on cameras like the Canon C300 Mark II or Sony F5, or the below-$10,000 crowd like the Sony FS7.

Also, it remains to be seen if this will be another Micro 4/3 camera from Panasonic, or if they acknowledge the de-facto standard, Super35mm. The Varicam 35 comes with a Super35 sensor, so my hopes are intact that a lower-end model might feature the same sensor size. Of course, that would mean Panasonic’s very own Micro 4/3 lenses would be unusable on this new Varicam, making a 35mm sensor the less plausible option of the two, to say the least.

In the end there’s no point in speculating—let’s see what they have in store for us in about two weeks! In the meantime, what are you guys hoping for from this new release?