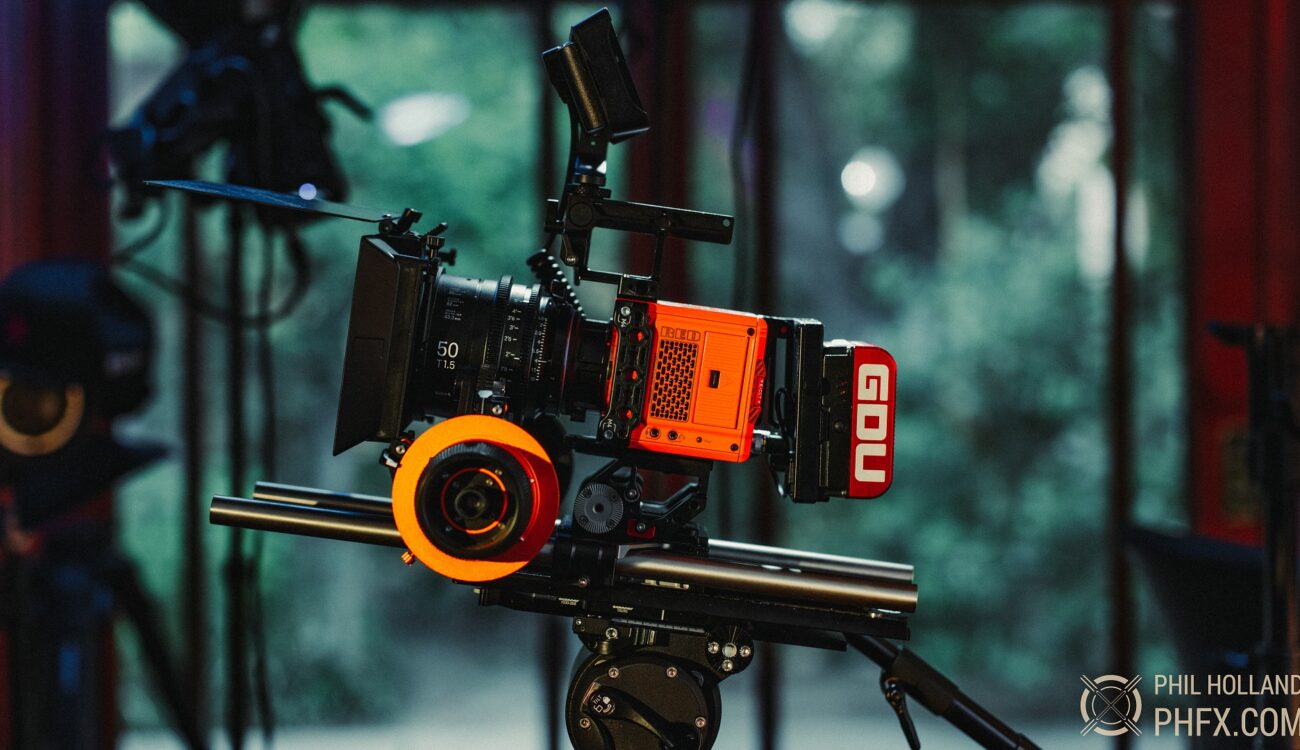 Edit: Phil Holland was kind enough to share with us a download link for footage taken with his new camera. You can obtain it by clicking here. 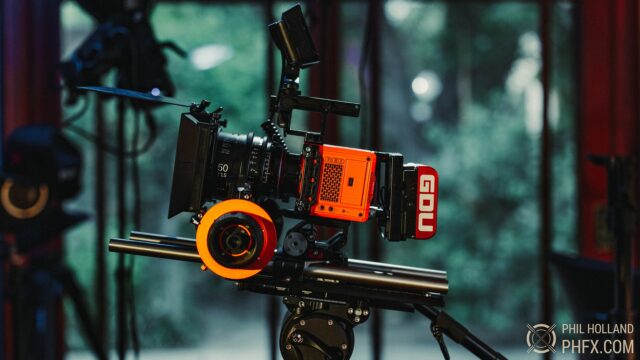 It has been more than two weeks since our last RED Komodo Update article. I have to say things are getting much faster around Komodo now since the first customers got their cameras and there are first hands-on tests with sample footage emerging. The best places to follow the latest news about Komodo right now are Jarred’s Instagram account, Komodo Section on REDuser, and RED Komodo Facebook group.

Playing with tonight’s new build of the RED CONTROL app for Komodo on iOS… pretty rad. Still a few hiccups and stutters… but wireless control AND wireless monitoring with Komodo… yes please. Mikael you are a rockstar. #komodo #foolcontrol

A few days ago Jarred posted a short demo of the new version of RED CONTROL app on iOS. The app seems to be able to control the Komodo and provide image feed from the camera with very little lag.

As Jarred said, RED shipped the first batch of pre-stormtrooper Komodos in custom colors to few lucky customers. The first color seems orange to me, but RED calls it “Grossman Gold”. Every batch of these pre-release cameras that get shipped out will have a different color. It seems like the next one will be yellow.

Among the people who got the first Komodo was Phil Holland and Philip Grossman. They both started posting first thoughts and answering questions about Komodo quite quickly. Phil Holland made a special thread on REDuser where he shares his findings on Komodo. Philip Grossman posted already several sample clips and comparisons with his RED Helium 8K on his Youtube channel.

As Phil Holland wrote, aside from REDCODE RAW files, the camera can also shoot ProRes MOV files for quick turnaround. They are available in HQ and 422 for both 4K and 2K resolutions. According to Phil, the camera can’t record both at the same time. 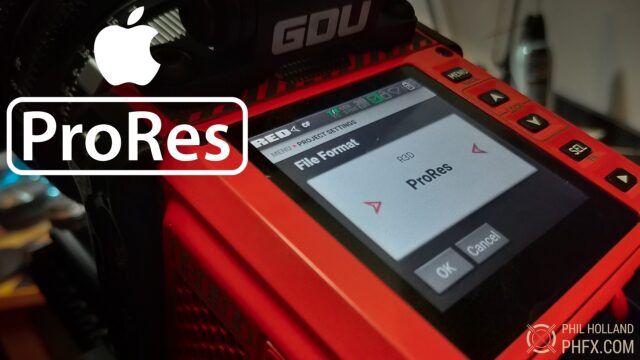 Currently, with the pre-release models, available resolutions and frame rates are: 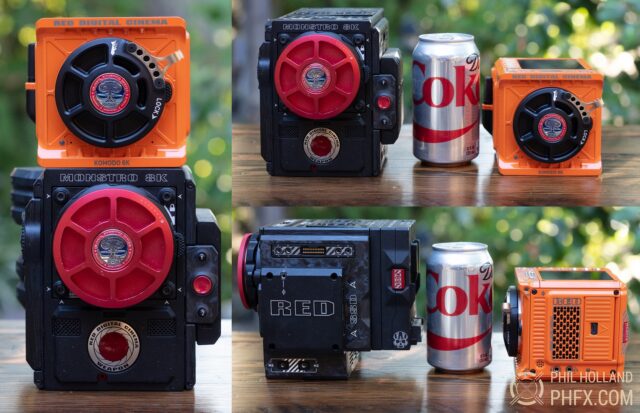 Phil also tested the Sensor Calibration (Black Shading) with the Komodo. Black Shading is basically a sensor and pixel check while generating a calibration map to counteract a sensor’s inherent fixed pattern noise. For RED DSMC2 cameras it was roughly 1 minute per “K” for calibration (8 minutes on RED Monstro 8K). RED Komodo 6K is faster in this regard – Sensor Calibration was done in less than 1.5 minutes.

Phil Holland is also testing various lenses on Komodo. He said he already mounted over 100 different lenses on the camera. 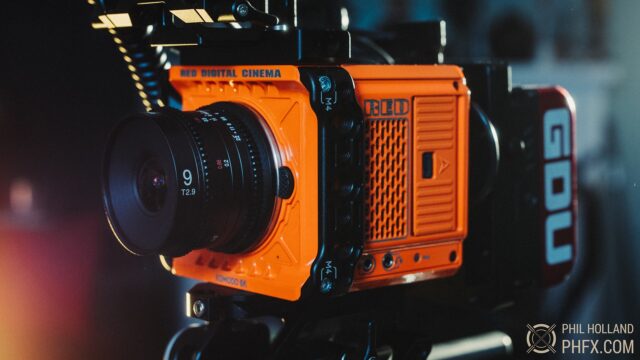 If you have a lot of spare time, you can watch the six hours (!) long RED Komodo Owners Q&A Discussion video which was live-streamed over at Scott Balkum’s Youtube channel. Apart from Scott, there was also Phil Holland, Tim Daust, Curtis Boggs, and Phillip Grossman present at the video. Even Jarred Land, president of RED Digital Cinema, joined in for a while and shared some background information regarding Komodo.

Jarred said RED has been working on the Komodo for around five years already. The whole idea behind it was to provide filmmakers with a better crash camera. A camera that is small enough to fit in tight places, but still produces RAW footage that is more flexible in the post-production and can better intercut with large cinema cameras, than a GoPro.

Jarred’s other company Global Dynamics United (GDU) has been producing accessories for other RED cameras for a while already. The company now officially announced some previously teased special accessories for the RED Komodo. 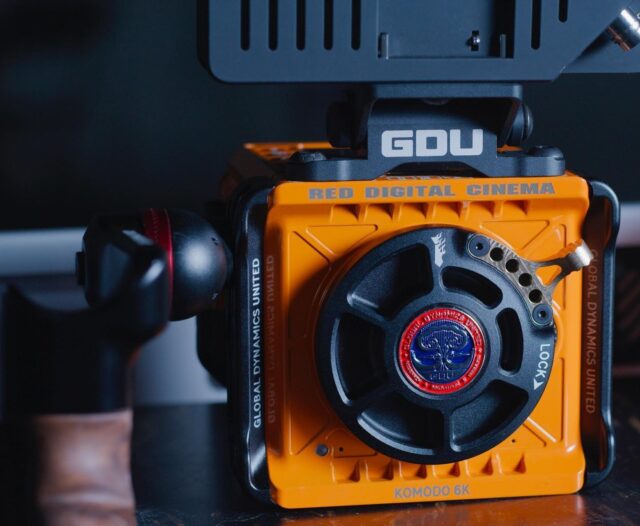 First Komodo accessory is the GDU Komodo Monitor Mount priced at $79. The mount sits between the camera and a monitor and provides forward and back tilt. According to GDU, a tension bolt system keeps the hinge tight across the tilt range and prohibits loosening during use. The monitor mount was designed for use with the SmallHD 5 series and the Portkeys BM5 but it will work with most other monitors that have 1/4″-20 mount holes on the bottom of the monitor.

Another piece of accessory is the GDU Side Mounting Bracket for Komodo priced at $39. The bracket is reversible and it can mount on either side of the camera for mounting handles and other accessories. It includes multiple 1/4″-20 threads as well as three 3/8″-16 anti-twist threads. Every bracket includes two M4 screws to mount to the camera’s body.

The first batch of both accessories got sold out relatively quickly, the next batch should be shipping by the end of June. 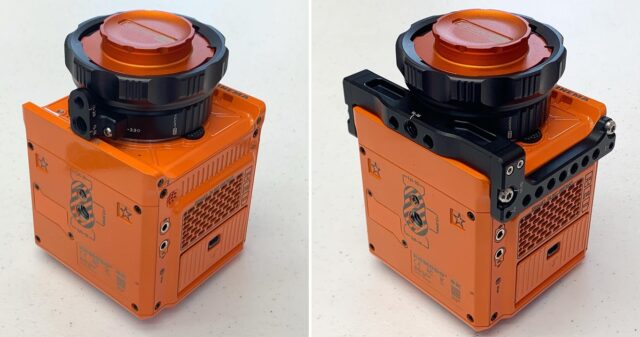 Another company that announced some Komodo Accessories is KipperTie. They offer a PL to RF mount adapter with a mounting foot. Additionally, the company offers a mounting bracket called Chinstrap for extra PL mount lens support even without a baseplate.

Adapta is KipperTie’s simple PL to RF adapter while Revolva also offers a system for inserting ND filter cartridges. Pricing for KipperTie Komodo accessories has not been announced yet. 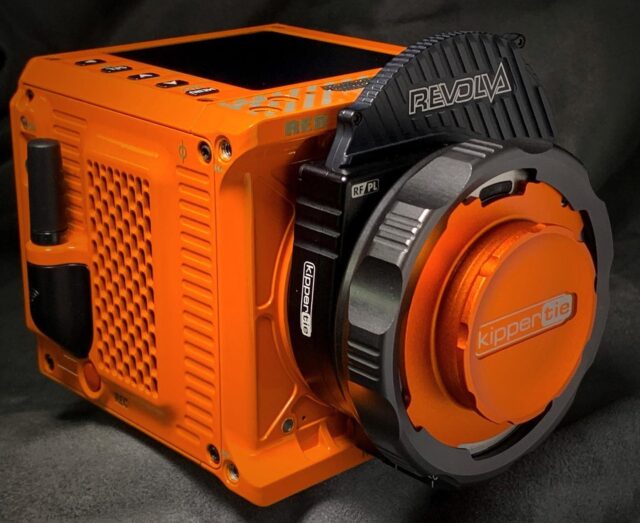 I think soon we will start seeing third party accessories for Komodo from other manufacturers as well.

What do you think about the RED Komodo so far? Do you use RED cameras for your productions? Let us know in the comments underneath the article.