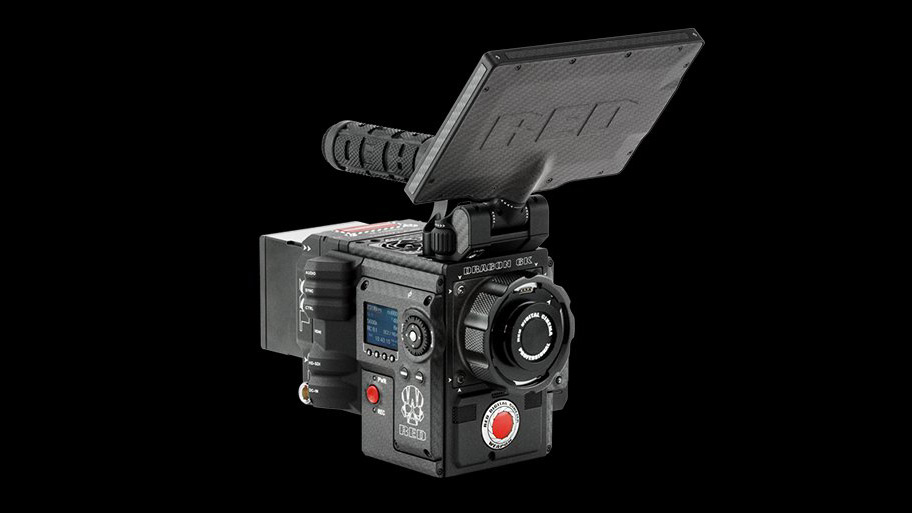 RED Digital Cinema announced a new camera body, the RED Weapon. They presented all the new features and displayed the camera at NAB 2015. Unfortunately RED did not give interviews or talk about the camera on video. In a vulgar booth with artificial human body parts and corpses RED showed off their new camera design the RED Weapon. It seems the camera will work for non-horror productions too though.

Essentially the new camera is a rehousing of the 6K Epic Dragon Sensor that they released last year and it will run for $34,500 for the lower end version and $49,500 for the premium version with full 120fps (body only). Apparently users will be able to upgrade the sensor output to full-frame 8K for another $20,000.

The new design is said to be more ergonomic and more lightweight with the additional benefit of a better positioning of the in- and outputs at the back and new XLR-inputs.

The new RED Weapon camera will support ProRes alongside the RED RAW codec. It records both formats at the same time. Up to 60fps for the standard version, 120fps on the carbon fibre body.

It seems like some of the previous accessories, including the standard storage media REDmags will not be compatible with the new design, but many accessories are still supported.

There has been discussion about the name RED Weapon that might lead to security problems at airports especially. RED will offer an unbranded version of the camera for those concerned.