Apart from significant brand new announcements, the cinem5D Virtual Show is also the occasion to share updates about some products we covered during previous, more traditional, tradeshows. The Redrock Micro Digiboom is a one-of-its-kind gimbal-stabilized camera rig that can be seen as a mix between a jib, a Steadicam, and a 3-axis gimbal. Two years after its first appearance at NAB 2018, let’s take a closer look at what’s new about the Digiboom! 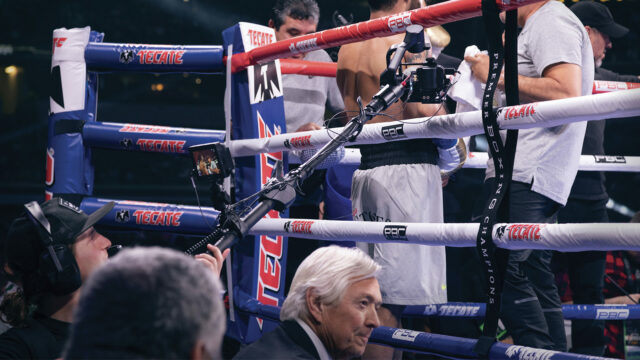 What Is the Redrock Micro Digiboom?

Two years ago, during NAB 2018, we saw an exciting new product from Redrock Micro: the Digiboom. If you haven’t seen it, you can watch our first video about this device here. In short, the Digiboom is an eight feet/2.4m long (11 feet/3.3m with an extension) carbon fiber pole with a gimbal and camera on one end, an onboard power distribution box on the other end, and a gimbal control joystick in the middle. 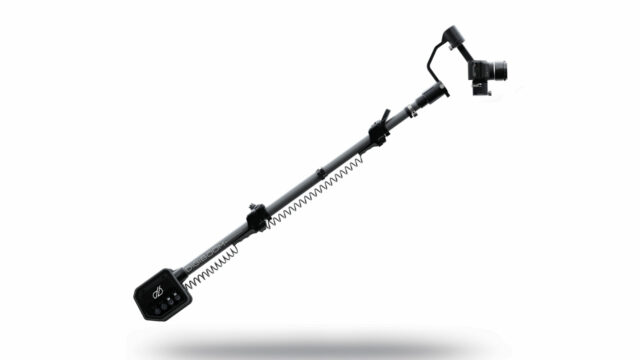 With a maximum payload capacity of 6.5lbs/3Kg, the Digiboom is aimed at small cameras. With broadcast capabilities and the fact that you can trigger plus control the camera at the end of the pole directly from the handgrip via a 2.5mm LANC cable, it is clear that the Digiboom is designed to work with lightweight cameras such as the Blackmagic Design Studio Camera, the Z CAM E2, the Antelope Pico high-speed camera, or even 360 cameras. 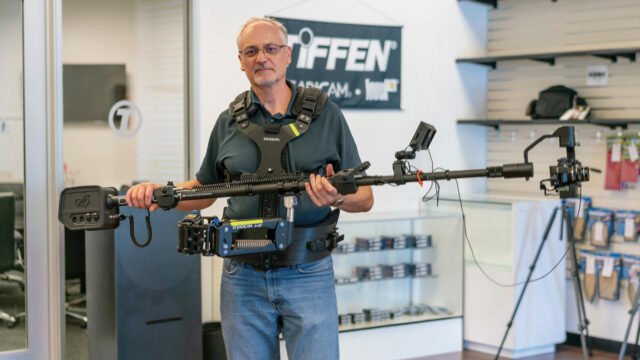 After an excellent first impression at NAB 2018, Redrock Micro re-write the entire Digiboom software in 2019 to improve it. Ever since it’s been used all over the world in the broadcast and news industries by companies such as ABC News or ESPN.

This year, Redrock Micro is releasing a firmware update version 2.0 that includes a Sport Mode for fast-moving action. Also, part of this update is a broadcast addition that allows you to wirelessly control the camera and the gimbal so you can get perfect matching between all your cameras during a live event. Finally, they just released two new accessories to extend further the capabilities of the Digiboom: a Steadicam adapter and a tripod adapter that allows you to use it as a more traditional jib arm. 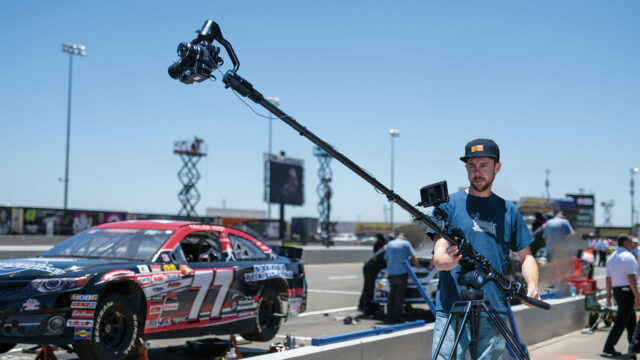 The Redrock Micro Digiboom is available now, starting at $3750.00/€3820. The Single kit includes the Digiboom and a fly case. A DigiBoom Field Broadcast Deluxe Kit is also available for $4995.00/€5100.00 and adds a body support sling, a 10′ HDMI cable, three cable ties, and an adjustable monitor support arm. The Digiboom tripod adapter is $195.00. All products are available now.

If you want to test the Digiboom or need it for a specific project, you can also rent it directly via Redrock Micro.

What do you think of the Redrock Micro Digiboom? Did you ever use it? Let us know in the comments down below!