As an upgrade to their quite popular Cloud Mount, US based company RigWheels have announced a new addition to their lineup of camera vibration isolation systems: The Slingshot Mount. 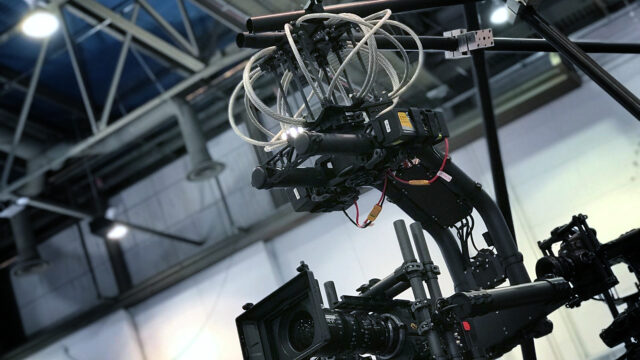 Back in 2016, RigWheels introduced a new kind of vibration isolation system, the Cloud Mount. This made the installation of a gimbal system on a car quick and easy. Just ahead of NAB 2018, the company releases an upgraded version which is optimized for underslung configurations: The RigWheels Slingshot Mount.

The Slingshot is basically an upgraded Cloud Mount with some clever refinements. First of all, it’s designed for easy-to-setup underslung configurations. The original Cloud Mount was meant to sit on your car’s hood. 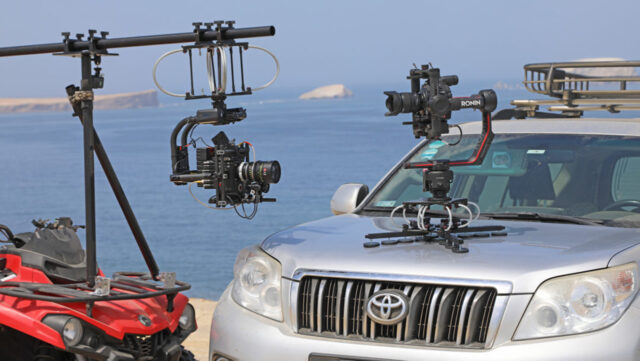 The new Slingshot mount features elastic suspension components, which provide better vibration isolation performance. Since it’s designed to be mounted as an underslung configuration , this makes a lot of sense. While the well-known metal cables provide stability and keep the rig from moving all over the place, the elastic straps reduce vibrations and do the actual heavy lifting. 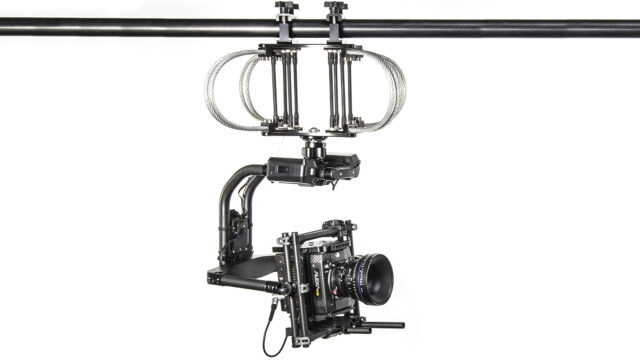 The whole system is designed to reduce setup time and complexity. With the introduction of the Slingshot Mount, RigWheels also introduces a whole system of mounting tubes and accessories, called Cinestrut. With this system you can transform a regular car into a (kind of) Russian arm on a budget in no time. Watch the introduction video below for all the details:

The Lightning Rod is another new product which can be a time saver on busy sets. Since giant gimbal systems like the MōVI XL or DJI Ronin 2 are not exactly meant to be operated handheld by a single person, the Lightning Rod setup might be a good idea if your next shoot includes long gimbal takes. Basically it’s an adaptable pipe in an upside-down “U” design, ready to take your Slingshot mount plus one of these aforementioned gimbals.

Two clamps, which can be mounted on regular junior or baby sized stands complete the system. With it, operating the whole rig with two people is easy while a third operator controls the gimbal itself. The idea came up because one Rick Fisher from Vancouver used a pipe with a Cloud Mount attached to it, in order to achieve different angles for his shoot. Since the new Slingshot Mount with its elastic straps for underslung configurations seems perfect for this use, RigWheel decided to develop the Lightning Rod. 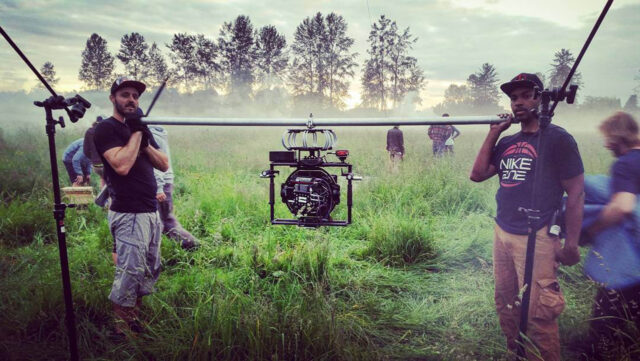 First “version” of the Lightning Rod with the original Cloud Mount attached to it. Credit: RigWheels / Chris Fisher

Despite its simple appearance, this setup is capable of tackling complicated setups with ease. Flying towards and over someone looks pretty cool, indeed! 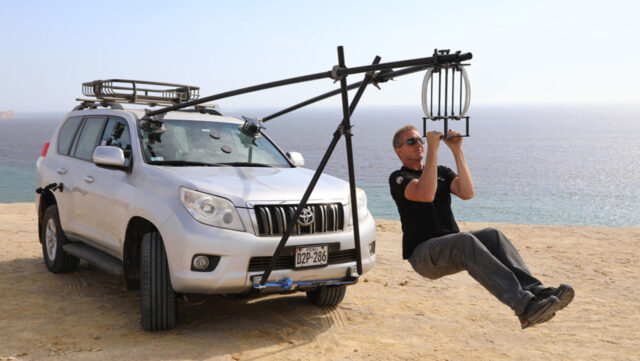 Have you ever used the original Cloud Mount for one of your shoots? What do you think of this upgrade? Let us know in the comments below!