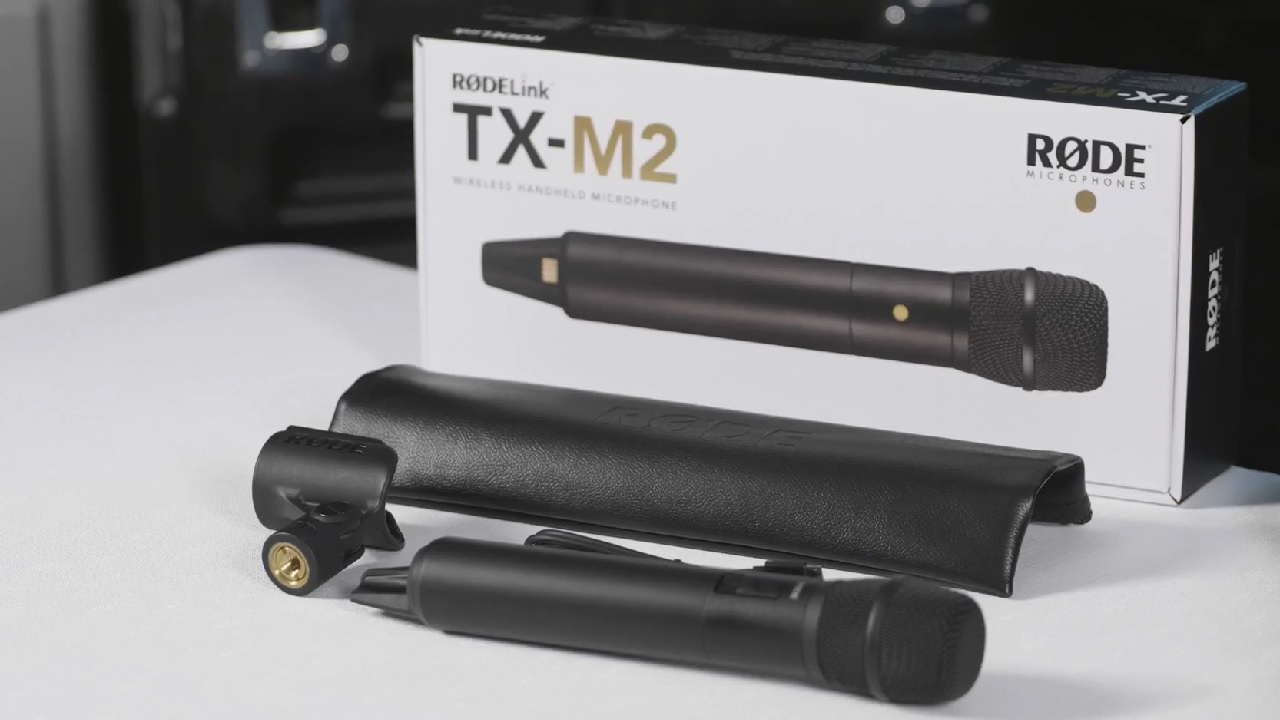 RØDE TX-M2 is a wireless handheld condenser microphone which is now being sold separately to complement the RØDElink kits – Filmmaker kit and Newsshooter kit. It transmits 128-bit encrypted signal on the license-free 2.4GHz spectrum and can be powered either by Li-Ion battery or two AA batteries. 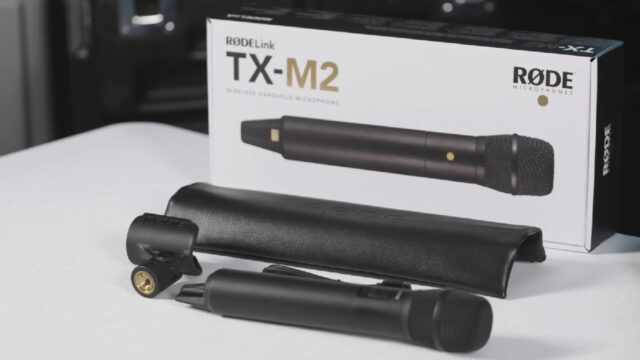 A wireless microphone kit is a vital piece of equipment for any filmmaker who needs to record an interview but doesn’t have a sound recordist at hand. The Filmmaker Kit from Australian audio specialist RØDE has been out there for a while. It is a simple and comparatively inexpensive wireless digital sound kit with lavalier microphone, transmitter, receiver and 3,5mm jack in-camera cable. The company also already offers the Newsshooter kit which consists of the XLR wireless transmitter (for direct handheld mic plug-in), receiver and 3,5mm jack in-camera cable.

RØDE is now presenting the RØDE TX-M2 – wireless handheld condenser microphone – to complement the RØDElink Filmmaker kit (or the Newsshooter kit). It has previously only been available in the Performer kit, but now is also being sold separately. This portable handheld mic houses a super cardioid condenser capsule providing low handling noise and clear audio. It transmits a 128-bit encrypted signal on the license-free 2.4GHz spectrum and it pairs easily with the RX-DESK and RX-CAM receivers.

The RØDE TX-M2 uses next generation digital wireless technology to constantly monitor frequencies and automatically switch to the strongest possible signal level for the best quality of sound.

The RØDE TX-M2 can be powered either by the included LB-1 Lithium-Ion rechargeable battery for up to 10 hours on a full charge, or 2 x AA batteries for up to 6 hours of use. That’s a nice little feature in my opinion as a lot of filmmakers including me already carry a couple of precharged AA batteries to the set for various other devices. Now these spare batteries can also be used as a backup power source for the mic for long interviews.

Do you use a wireless microphone kit from RØDE or other manufacturer? If you own a RØDE Filmmaker kit will you be adding this handheld mic in the set? Let us know in the comments below.