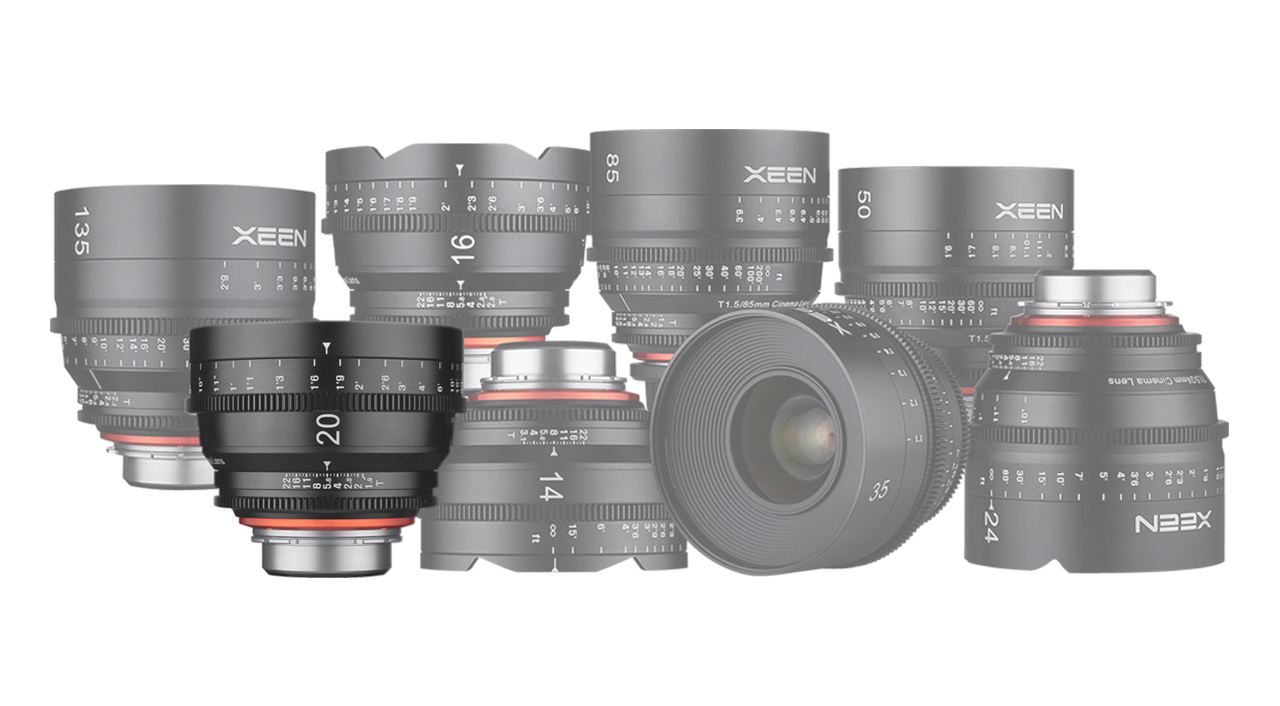 The XEEN 20mm T1.9 comes as no surprise, as each focal length in the XEEN range has followed the path of the Rokinon Cine DS line-up, whose 20mm version was announced back in August 2016.

Like all XEEN lenses, the 20mm T1.9 is full-frame compatible, designed for 4K resolution, aluminium-metal housed, has a 114mm front diameter and can be supplied with calibrated focus scales in metric or imperial units.

It’s the lightest of the bunch so far at 970g or 1kg depending on which mount you choose, and has an 11 blade aperture diaphragm like all but the XEEN 14mm. The available mounts are PL, Canon EF, Nikon F, Sony E and MFT.

Availability will be pretty speedy, within a month or so. Watch this space for more purchase links, which will be added as soon as they become available.