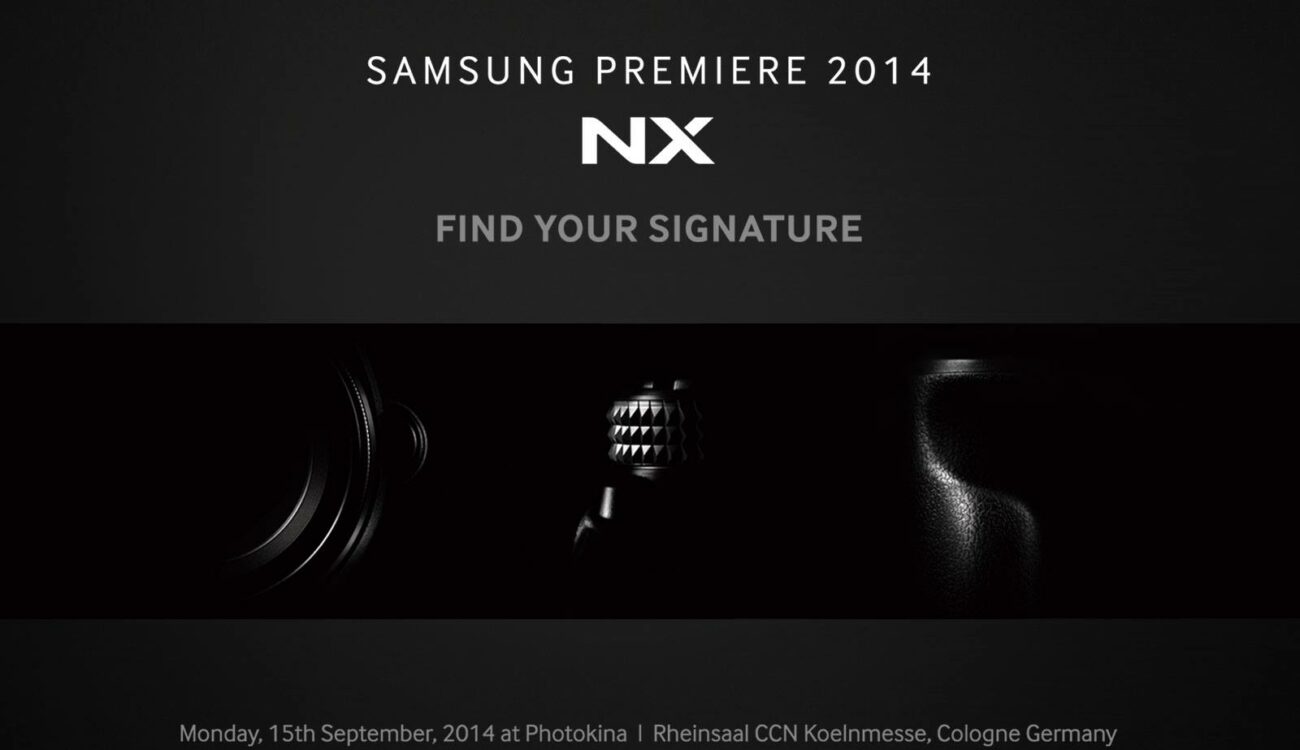 With Photokina and IBC just around the corner, it’s no surprise that new products and heavy rumors are starting to surface. What’s perhaps surprising about this one however is that it’s come from consumer electronics company Samsung. The rumor is for a flagship mirrorless camera, with a 4K APS-C sensor.

Samsung cameras do exist, albeit mostly at the consumer end. They utilise their own NX lens mount, and specialise primarily in the compact camera category.

The rumored Samsung NX1 camera would arguable be the companies first attempt at a pro-consumer/professional camera; Here are the predicted specifications of the NX1:

Samsung have teased with enigmatic imagery and an imminent NX release, so this is likely a sure thing; specifications may differ however.

As a first of it’s kind for Samsung, it’s doubtful that the NX1 will be making any huge ripples in the professional video industry. However, Samsungs heavy integration with Android software in their cameras could add appeal to the professional as a carry-on-you-at-all-times type camera.

The unpopular NX lens mount may be a small hurdle initially, but if the product line is successful companies like Metabones will surely adapt in due course.

Samsung will be making their announcement at Photokina later in the month, with a release of the rumored NX1 said to be as early as October.