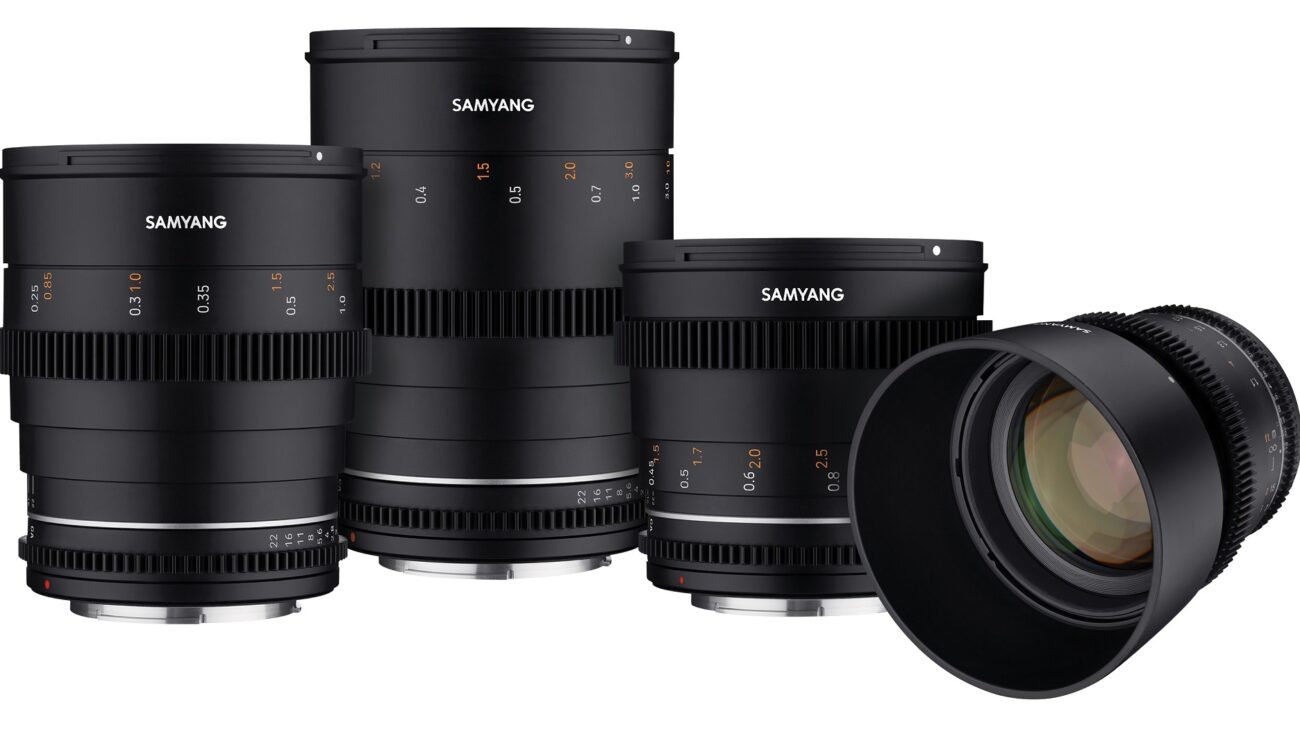 The South-Korean lens manufacturer Samyang is mostly known for affordable fully manual prime lenses. Please note, that in some countries, Samyang lenses are being sold and branded as Rokinon or Walimex.

The original Samyang VDSLR affordable full-frame cine lenses were introduced back in 2014. They are basically rehoused stills lenses with de-clicked aperture ring and geared rings. Many users noticed that the lenses produce visible chromatic aberration, when shooting wide-open or nearly wide-open. As many reported, the image gets much better when closed down to T2.9 or higher. Even despite some shortcomings, the original VDSLR cine lenses became quite popular due to their affordability.

Samyang now announced a new generation of these affordable cine primes – VDSLR MK2. Let’s take a short look at what is new.

These four new models now have weather sealing between lens and camera body, 9 aperture blades for improved bokeh, and their focal lengths are now visible on both sides for better convenience. Just like the original VDSLR line, the lenses produce an image circle large enough to cover full-frame sensors.

It appears that in terms of optical performance, the lenses remained the same as the VDSLR MK1, but that will have to be proved in reviews. All 4 lenses have aspherical lens elements. The focus throw of the lenses is 130° which is less than most cinema lenses, but certainly more than most stills lenses. A good compromise for the single-person shooter working without a focus puller.

Samyang summarized all relevant technical information in a following table. Interestingly, the lenses don’t use the same front filter thread size. The 85mm has a smaller 72mm thread while the rest uses 77mm. The lenses also vary in length.

The price of these new lenses has not been announced yet, but I expect them to be affordable again and only slightly over the price of the original VDSLR cine lenses. These currently retail for around $400-$500 per piece.

Do you have experience shooting with the Samyang (Rokinon) VDSLR cine primes? What do you think of these lenses? Let us know in the comments below the article.