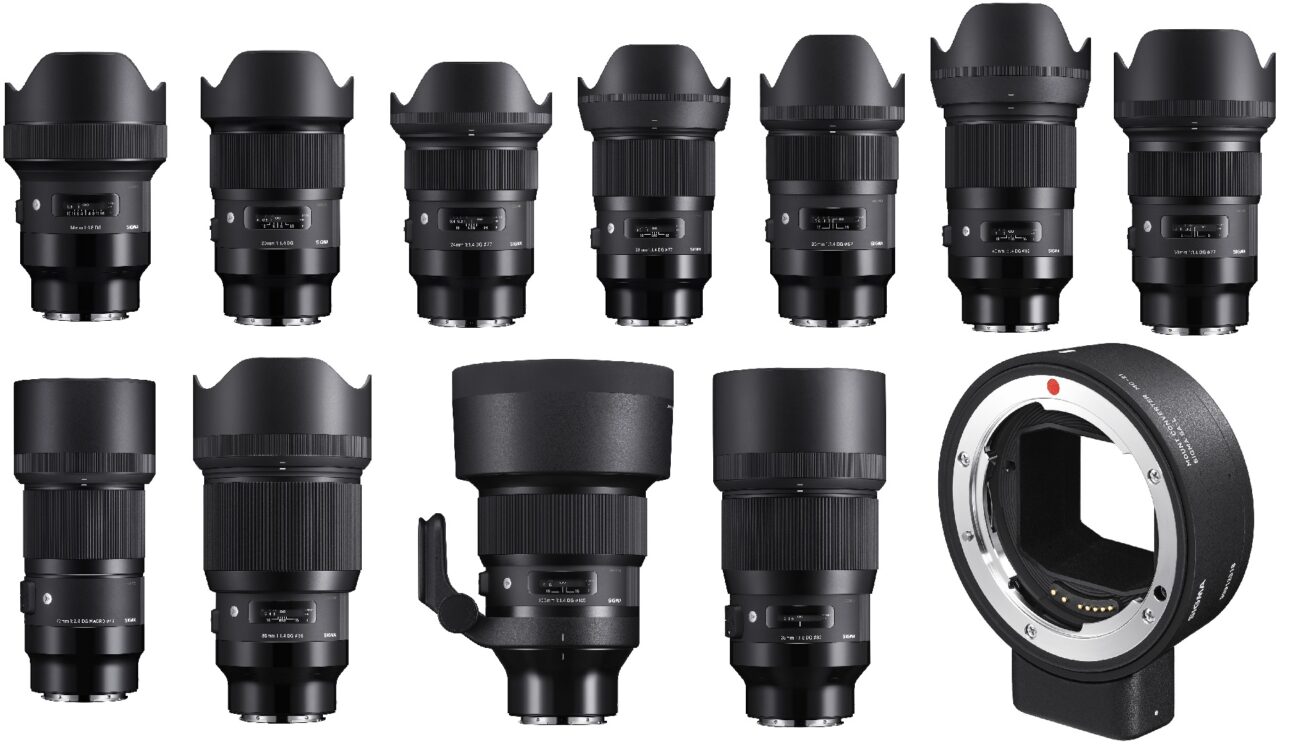 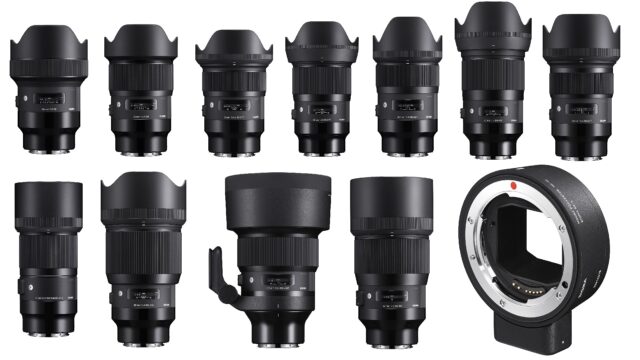 When SIGMA announced being part of the L-Mount alliance, the company also promised to supply enough lenses for said L-Mount. With their latest announcement, SIGMA seems to be fulfilling their promise. The company has just announced 11 new prime Art lenses for the L-Mount, along with the MC-21 converter (EF mount to L-Mount and SA mount to L-Mount). The lenses are, in fact, not entirely new – their EF mount and SA mount versions have been on the market for a while now. SIGMA will release their whole Art primes lineup with the L-Mount.

One of the biggest advantages of using native lenses on L-Mount cameras is the autofocus capability. The L-Mount series lenses are fully compatible with AF-C (continuous autofocus) mode. AF is also much faster when using native lenses. Another advantage is compatibility with in-camera image stabilization. The camera automatically detects the focal length of each lens and optimizes image stabilization performance.

The lenses will be fully compatible with in-camera aberration correction (corrections for peripheral illumination, chromatic aberrations, and distortion), too. Making the lens mount native provides a much more rigid and stable feel to the lens, in comparison to using an adapter. Featuring a surface treatment to enhance strength, the brass bayonet mount offers a high-precision fit and high durability. The mount connection area incorporates rubber sealing for a dust- and splash-proof construction.

Furthermore, SIGMA will offer a Mount Conversion Service. This service converts specifications of the mount of SIGMA lenses to that of a different camera body. Users can “tailor” their favorite lenses to the camera body, if they plan to get a new one in the future. This allows continued use of their favorite lenses for the long term, regardless of the camera system. The SIGMA Mount Conversion Service (chargeable) is different from a normal repair service, as it will not be available in stores. In order to apply for the service, users need to contact the nearest authorized SIGMA subsidiary or distributor.

The SIGMA Art primes series consists of these 11 lenses. All of them will be available in an L-Mount version:

All of the lenses will come with a case and a retractable lens hood (except for the two ultra-wide-angle lenses – 14mm and 20mm – where the lens hood is part of the lens itself). The 105mm lens will additionally come with a tripod socket and a protective cover (PT-21). There is no information yet about the exact release dates. Although the prices were not announced yet, I think we can roughly expect them to be similar to the existing lens prices for EF mount. Those retail now for prices ranging between $570 and $1,600 USD (link to the SIGMA EF mount Art lineup HERE). Of course, the new L-Mount versions might be a bit more expensive in the beginning. 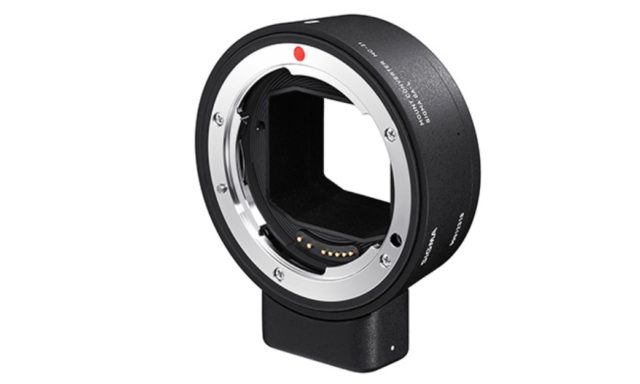 This converter will allow SIGMA SA mount and SIGMA’s Canon EF mount interchangeable lens owners to use their lenses on L-Mount camera bodies. The MC-21 increases the number of interchangeable lenses manufactured by SIGMA that can be used with the L-Mount system by 29 lenses. Even mounting APS-C size image circle DC lenses to a full-frame L-Mount camera body will be possible with the auto-crop function. 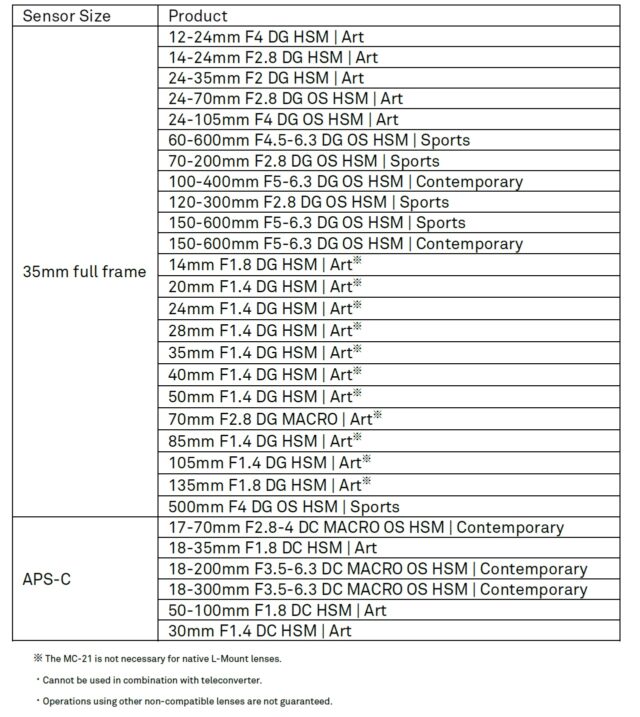 The MC-21 will allow fast and accurate autofocus in AF-S mode. AF-C (continuous autofocus) mode will not be available, however. Whether the mounted lens is compatible or not is instantly visible from the color and the on/off of the MC-21’s built-in LED. The LED also notifies the user when a lens firmware update is available.

The MC-21 has the data for each lens to optimize autofocus and aperture control. Regarding new lenses to be released in the future, data for operating these via the MC-21 will be stored in the lens. It means no firmware updates of the MC-21 will be required in order to use those new lenses. In addition, the MC-21 supports correction functions of a camera, such as peripheral illumination, chromatic aberration of magnification, and distortion.

The MC-21 converter is equipped with a socket for attaching to a tripod. To prevent a reduction in lens performance due to internal reflections, the inside surface of the barrel is covered with flocking. Information such as lens type, focal length, F number, and other tags are embedded as Exif data in each image file.

What do you think of this new announcement? Do you plan to invest in the L-Mount system? Let us know in the comments underneath the article.