The SIGMA fp is very close to being in our hands. At IBC 2019 we talk to the Yamaki-san, creator of the SIGMA fp camera for a development update. The camera has come a long way since our last post about it, and SIGMA can confirm a number of specifications in our exclusive interview.

Back in July we reported about the surprise announcement about the SIGMA fp camera; the worlds smallest full frame, mirrorless camera. Check out what we found out in our article here.

The SIGMA fp hardware is now complete, and the camera itself is in production. SIGMA are still developing and fine tuning the firmware, which is in it’s beta stage.

SIGMA has previously used Foveon sensors in its mirrorless cameras, however this was not possible due to the required readout speed of the sensor. A CMOS sensor has been used instead. 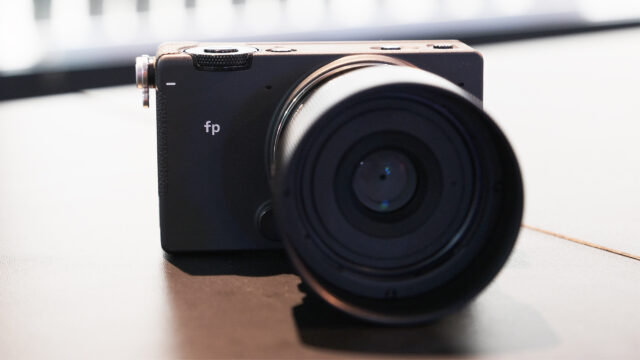 The format of the camera is very flexible in it’s application; you decide how the camera can be used and configured. In regards to recording formats we can now confirm the following:

Those are some very impressive internal RAW recording features for a full frame camera of this size.

What About Picture Profiles?

Yamaki-san (CEO, SIGMA) mentioned that the camera has been developed predominantly for photographers, but filmmakers will have a big influence on the fp camera too. For this reason, a flat or gradable picture profile will not be included in the camera upon release. However, SIGMA are very open to feedback, so we hope to see this implemented in future firmware updates.

Small Lenses For A Small Camera? 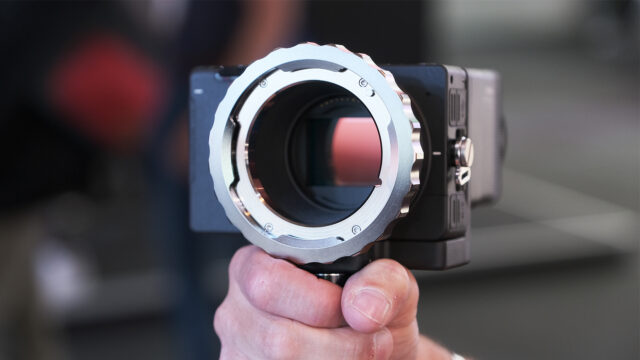 Since the L Mount Alliance was announced at Photokina 2018, Panasonic and SIGMA have produced a range of L-mount lenses. We also reported last week that it is now possible to adapt PL-mount lenses to L-mount through the SIGMA MC-31 adapter.

At present the available L-mount lenses for the camera are all very large, even more so with the MC-31 PL to L-mount converter, which practically dwarves the camera body. On the current lens road map, there is not a plan to produce smaller lenses, but again SIGMA is accepting feedback as to whether pancake type lenses should be introduced.

SIGMA is hoping that accessory manufacturers will come forward to support the fp camera. The likes of Tilta and Smallrig produce rigs, cages and the like for many cameras upon their release so I would expect to see the same for this camera. 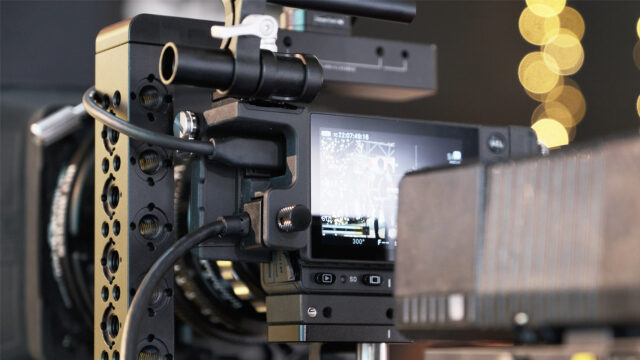 As for audio, there has been no mention of the headphone jack, which is a real shame. It does however have a mini jack microphone input which is a step in the right direction.

So When Will It Be Available and For How Much?

Yamaki-san has confirmed that SIGMA are aiming for the SIGMA fp to be available in Q4 of 2019, around November time. However, there is no mention of pricing. SIGMA is considering affordability for all users when it comes to its retail price, which is a good sign.

It seems as though the SIGMA fp is nearly ready to land in our hands, and of course we will be ready to field test it and put the camera through it’s paces in our lab too. What do you think of the camera and its specifications? Would you shoot with the camera? Let us know in the comments.