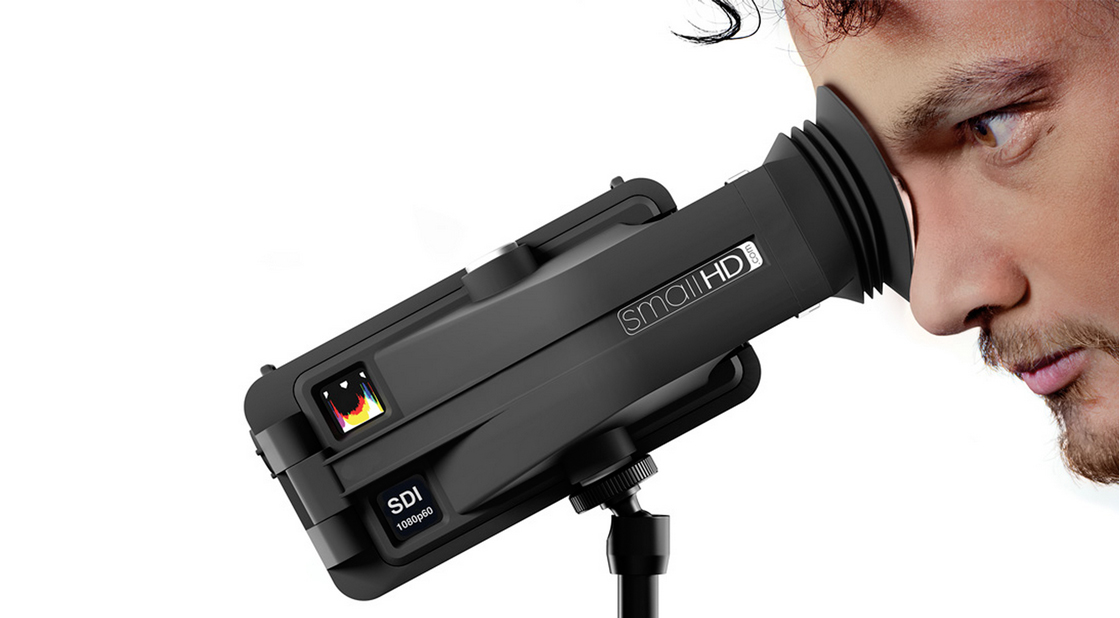 SmallHD has just released a fantastic new partner to their new 502 monitor. The Sidefinder turns the 5″ monitor into a high resolution viewfinder.

SmallHD are turning all the color accuracy, features and resolution of the newly announced 502 monitor into a viewfinder by adding a detachable loupe that attaches to the side of the monitor.

It becomes the first real competitor to the Zacuto Gratical Viewfinder, but with the added benefit of doubling up as a 5″ screen.

Check out the 502 monitor release for features of the screen itself (including custom LUTs, pages and cross conversion). The Sidefinder clips to the side of the screen, offering a flip out function to quickly switch between modes. “At its core, the Sidefinder is a 1920×1080 resolution on-camera monitor. The EVF loupe uses a 1366×768 portion of that display to create a crisp, clear image in a truly immersive environment.

The Sidefinder’s pixel density prevents pixelization (you can’t see individual pixels) when magnified by the optics. In addition, the Sidefinder is equipped with a wide range adjustable diopter (-2 to +4) for a customized focus.”

The Sidefinder leaves two windows on the side for essential info and is compatible with a wide range of universal mouting options, such as 15mm rod, nato rail and 1/4″ thread.

My colleague Nino Leitner had a play with a pre production model recently and was impressed with the built quality of the hinge, which is always the weak point on comparable products – it seems to be laptop grade and made to take a beating, or in other words: frequent attachment or detachment of the loupe, which attaches magnetically to the frame around the monitor.

Pricing will be announced at NAB next week.