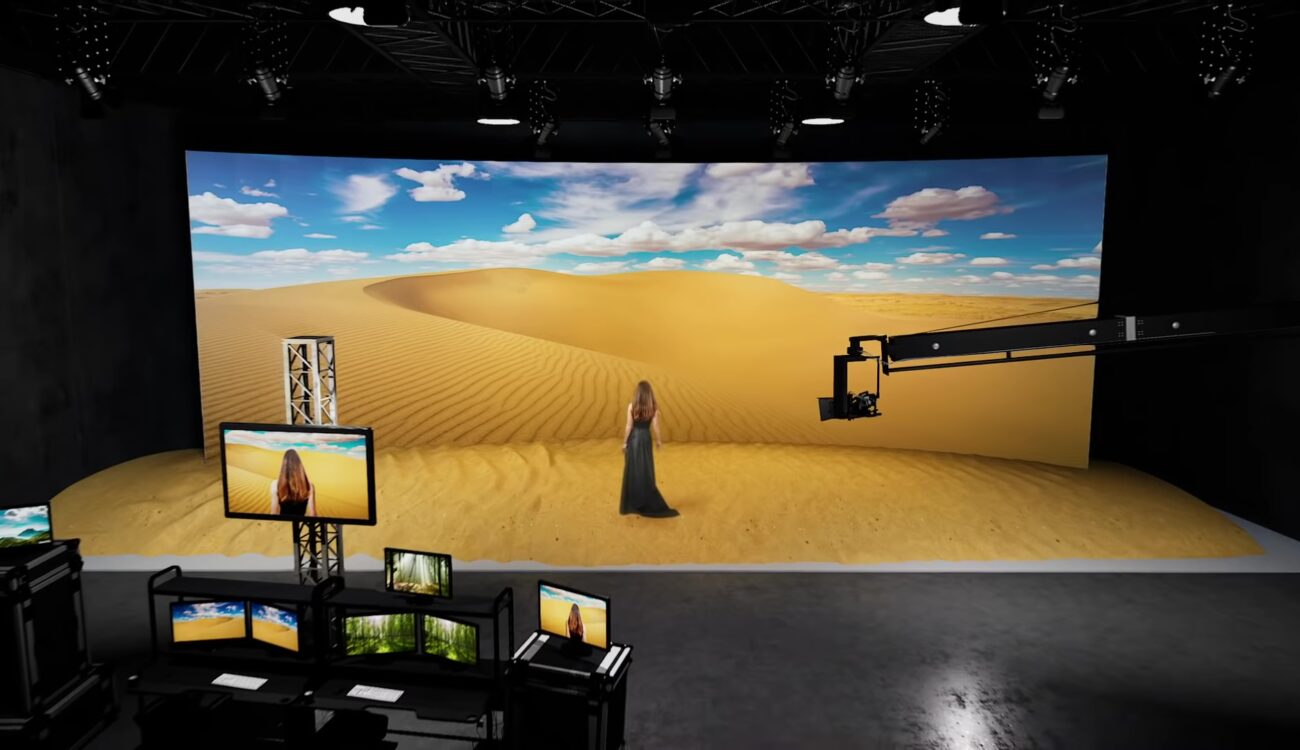 The Sony Crystal LED display system comes in two versions – C-series with high contrast and deep blacks, and B-series with high brightness (up to 800 nits) and anti-reflection coating for use on film sets. The system is modular so the LED wall can have any shape and size. Available from summer 2021.

There has been a certain trend lately with studio film productions going away from a simple green screen and using giant LED walls. There are multiple benefits of doing so – the actors can better imagine the scene, the reflections on objects and actors in the scene are real, it reduces the cost of VFX post-production, etc. One example of a recent major production that intensively utilized LED walls, is Disney’s series from the Star Wars world – The Mandalorian. Insider made an interesting video about it.

In order for this to work, the used LED screen has to have pixels small enough not to be seen on camera. Sony recently announced the new Crystal LED Display System with MicroLED technology. Apart from being used as large screens in malls, and other public areas, this modular system could also be used on modern film sets. Let’s take a short look at it.

The idea of MicroLED is that individual pixels are very small – much smaller than what regular large LED displays were offering. The new Sony Crystal LED panels include microscopically small LED chips – the size of one chip is only 0.003mm2 and around 99% of the area of each pixel is black. That helps achieve true blacks and therefore high contrast of the image.

The key of the Sony Crystal LED is a seamless alignment of more panels that can be combined in any shape and size. Each panel includes the Sony X1 image processor, it is lightweight and features a quiet fan-less and space-saving design. Sony says the panels are durable and made for long-term operation.

According to Sony, the Crystal LED panels utilize the latest technology to improve image quality:

The color space is wide at approximately 140% os sRGB coverage. The panels offer a nearly 180° viewing angle both horizontally and vertically. The Crystal LED panels have a 100-240V AC power supply and front access for easy maintenance.

The Sony Crystal LED System should be available in summer 2021. Sony did not yet announce the pricing for the panels, but the company says, that they reduced ownership costs when compared to previous models.

What do you think about the Sony Crystal LED system? Would you like to shoot studio scenes with a huge LED wall rather than with a green screen? Let us know in the comments section underneath the article.