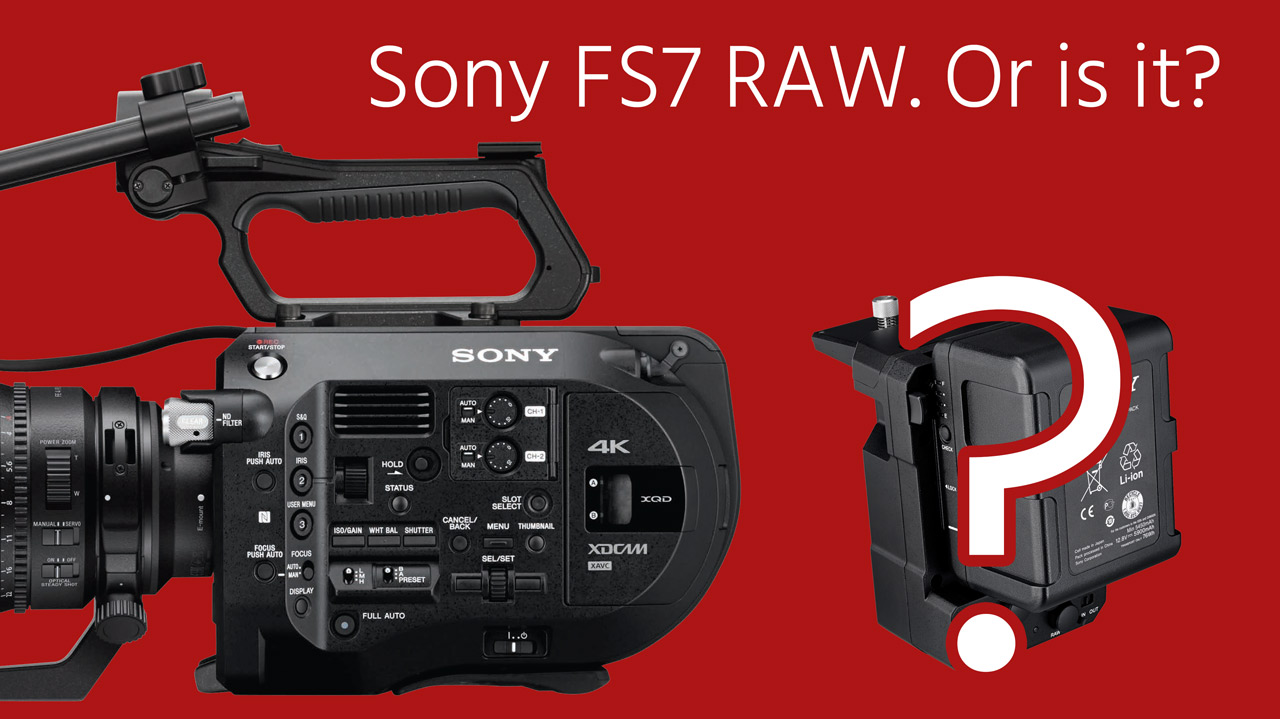 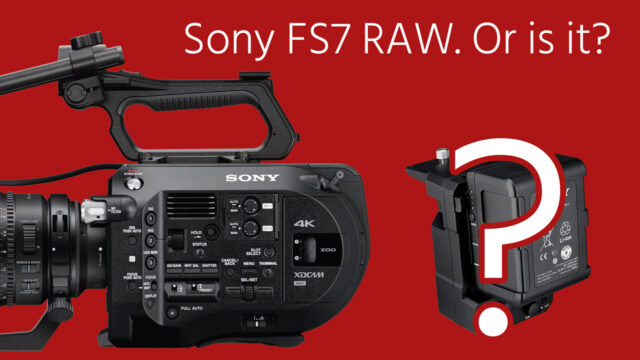 The Sony FS7 has been a hugely successful camera and it still is. For many users the optional RAW output that can be achieved using Sony’s XDCA extension unit is a selling argument. The device outputs a claimed 12-bit RAW signal that can be activated in the camera menu after the device has been installed and promises better quality.

This RAW output, enabled by the extension unit, can be recorded with a device like the Convergent Design Odyssey 7Q+. While conducting a review about this recorder I found some issues and inconsistencies that I couldn’t explain. In our test lab at cinema5D I compared the internal figures against the ones that came up when using the RAW output and found that there is a degrade in quality in terms of both color depth and dynamic range, which are in fact the main advantages of RAW in the first place.

Three weeks ago we contacted Sony Japan about these issues. The Sony FS7 product managers and technicians were very attentive to the concerns we raised and immediately responded by starting tests of their own. Eventually in a collaboration with cinema5D they were able to reproduce and confirm the issues we found and last week they came back to us with this statement:

“Cinema5D has feedback these issues to Sony. Sony has confirmed the issues and is currently studying how to fix.”

While the matter about the flaws in the RAW stream is pretty severe, the way Sony treated the problem is a positive signal towards the customers and our readers. Following the fix Sony released last week for the a7S II sunspot problem, this is the second time Sony reacts very quickly to an issue found.

How is the Sony FS7 RAW output affected?

During the making of the video above the first thing I noticed was that I had to expose with more light than using the internal codec. For me the shiny surfaces of the watch were a perfect test case for 4K RAW recording, but to my surprise I couldn’t find the extended dynamic range I was expecting. Instead, I went back and forth between my editing suite and the “studio”, just to realize there was something wrong.

Additionally I made a lot of highspeed recordings, but eventually I had to throw most of them to the trash. The Sony FS7 outputs up to 240fps in 10-bit RAW 2K (in theory). During editing I noticed that my 200fps recordings (PAL) were all dropping frames. I left two of those shots in the video. You will notice the jittery motion during the “camera motion” and “slow motion climax” part (00:57). The source video can be downloaded at Vimeo for inspection. But notice that it was downscaled and recompressed for web and does not represent the original quality.

In all RAW modes, but especially in slow motion I sometimes also noticed a reduced color bit depth in the shadow areas, that highly degrades any shots in 200fps and 240fps.

Nevertheless, when I overexposed and used 4K normal speed, I found that in my clip I could still achieve the typical “RAW look”, a clean and organic feel in the footage that I could easily manipulate color-wise. So at least there is a certain benefit to the RAW mode, when you don’t need slow motion and you don’t need a lot of dynamic range and when you have sufficient light available.

Here are the full details of what I found:

The equipment used was the Sony FS7 with the XDCA-FS7 RAW extension unit that is supposed to output a 12-bit RAW stream. I recorded that feed with the Odyssey 7Q+ recorder. In our test lab it turned out that there’s actually about 1/2 a stop of dynamic range missing in the RAW footage.

This seems to be mainly due to the lower color bit depth (possibly only in the shadow areas) that makes the last dynamic range steps appear as single and dual colors. In the image below you can see that the steps to the right have very low color information. One step is magenta, the other is green.

The other problem we noticed was reduced color bit depth. The overall color information seems to be much lower than 12 bit.

Having used the Sony FS700 with an Odyssey 7Q recorder before, I had high expectations for the FS7 RAW slow motion. FS700 RAW footage always looked stunning. But the 2K 10-bit RAW file from the Sony FS7 was only acceptable in terms of color information at 120fps. Furthermore, when I tested 240fps the bit depth decreased further, looking more like 8 bit or even 6 bit in the shadow areas.

I already mentioned earlier that at this time 200fps is not usable because frames are dropped.

We double checked our findings and additionally to testing the Odyssey 7Q+, we can confirm we had the same results using the AXS-R5 RAW recorder by Sony.

We will update you at cinema5D with any new developments or fixes regarding the Sony FS7 RAW issues.