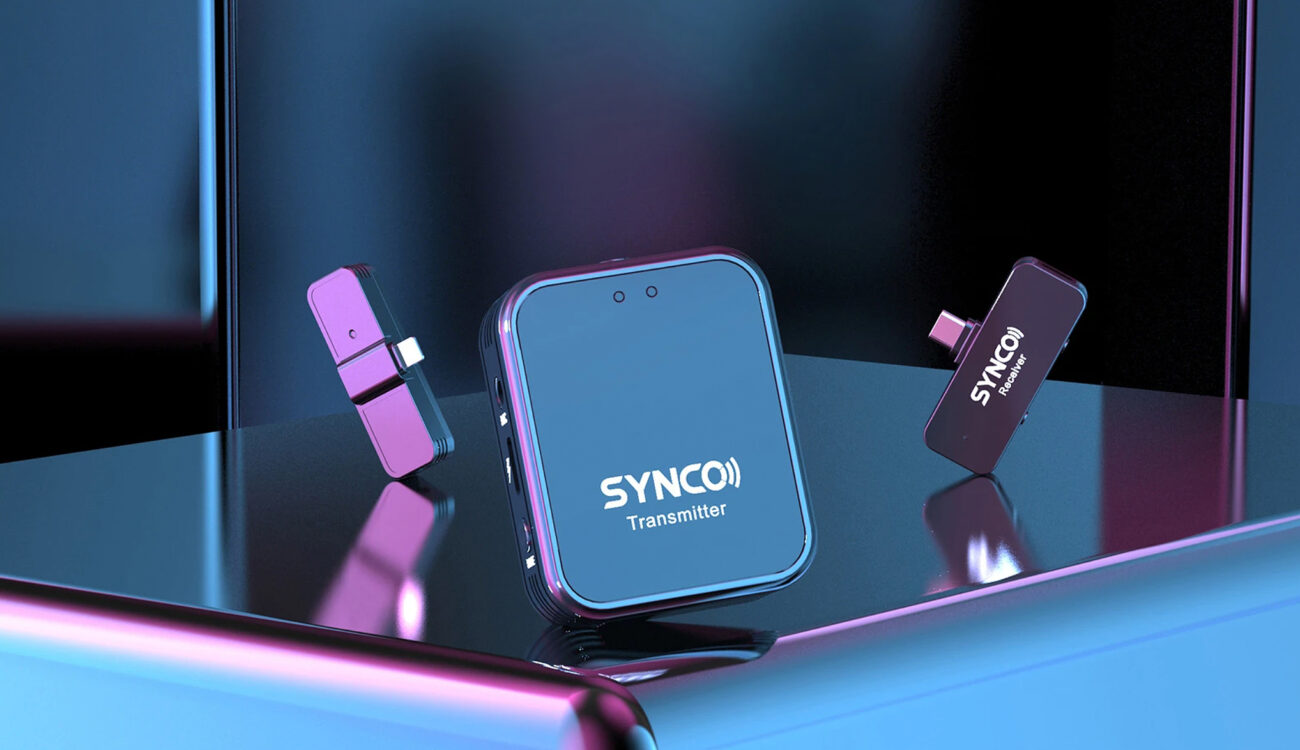 Chinese audio company SYNCO has just released the SYNCO G1T/L, a mini wireless microphone system compatible with Android and iOS devices. The G1T/L consists of a transmitter with a built-in omnidirectional microphone and a receiver featuring a USB-C or Lightning connector. It’s now available for purchase starting at $69.

A few months ago we covered the release of the SYNCO G2, an affordable wireless lavalier microphone solution. The company is now announcing a similar device, specifically designed for smartphones: the SYNCO G1T/L. Let’s take a closer look.

The name SYNCO G1T/L actually refers to two different models: the G1T and G1L. The former features a USB Type-C connector and it’s designed to be used with Android smartphones, while the latter has a Lightning connector for iOS devices.

The G1T/L consists of a transmitter with a built-in microphone and a smartphone-compatible receiver. The two units communicate wirelessly over the 2.4GHz band and allow for 16bit 48kHz audio recording.

According to the company, this system can work seamlessly over a distance of 150m in a line-of-sight scenario.

The transmitter of the G1T/L system features a built-in omnidirectional microphone as well as a 3.5mm TRS input.

Its built-in battery has a capacity of 400mAh. According to SYNCO, this should provide 8 hours of operating time.

On the other hand, the receiver offers an “in-ear monitoring” feature via its 3.5mm jack. Moreover, a USB Type-C port on the receiver can be used to power your smartphone while recording, so you don’t have to worry about battery life. A pretty smart and functional feature for mobile videographers on-the-go.

The connector is attached to the receiver via electronic pogo pins. This way, a USB-C connector can easily be replaced with a Lightning one and vice versa, providing additional options and flexibility. Additional connectors are separately available for purchase.

The SYNCO G1T/L offers an unusual feature to process and transform your voice in real-time while recording or streaming audio. In fact, the Vocal Processing Chip of the G1T/L can apply 9 different effects to the recorded signal, including:

Building on the legacy of the compact and lightweight SYNCO G series, the SYNCO G1T and G1L showcase a tiny form factor. In fact, the transmitter measures 52x42x16mm in size and only weighs 35g. The receiver is even smaller (55X31X13mm) and lighter (just 12g).

However, as is often the case with SYNCO products, this high degree of lightness is achieved thanks to an ABS plastic construction. In my opinion, this can cause some concerns when it comes to build quality.

The SYNCO G1T (for Android) is now available for $69, the G1L (for iOS) for $79 and the G1T/L (including both connectors) for $89. You can find your nearest dealer on the SYNCO website.

Do you find yourself shooting videos on a smartphone often? What do you think of the new SYNCO G1T/L? Let us know in the comments below!