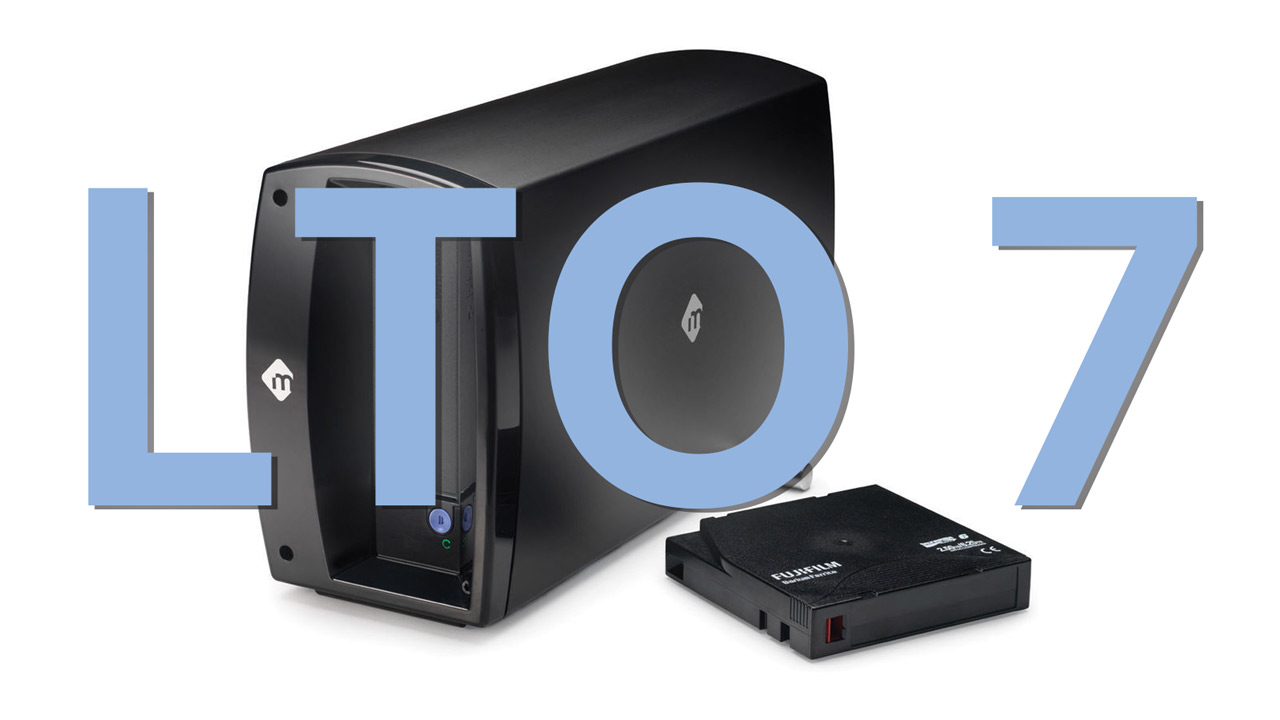 Tape storage – As filmmakers we need long-term data storage and the need grows with the introduction of the 4K format and more and more RAW workflows. But where is the tape storage technology going right now?

Recently the so called “LTO” Technology Provider Companies HP, IBM and Quantum announced the LTO Ultrium format generation 7. LTO is a system that has gone through many changes, in security, ease of use and increase in data storage. Many have been waiting for this update and now finally it is at your doorstep.

Is this something for you?
When it comes to cost-effective data security for production companies, LTO is the term most will use. It is commonly known that hard drives that aren’t spinned every once in a while, break due to their mechanical build. LTO tape storage, however, has a shelf life of up to 30 years!

While a 3TB Harddrive will cost you in the region of $100, an LTO tape would cost $20-$40. The problem with LTO tape storage in the film industry has been its data capacity. With 4K, 6K and 8K well under way, the LTO-6 tape system has become out-dated, with a 6.25TB compressed capacity, with compression meaning a 2.5:1 ratio, and, therefore, a 2.5TB raw capacity.

With the recent announcement of LTO generation 7, the data capacity has been increased to a 15TB compressed capacity and a raw capacity of 6TB. LTO-6’s compressed data transfer rate is 400MB/sec or 160MB/sec raw. LTO-7 will reach 750MB/sec compressed (300MB/sec raw).

The leap in capacity from LTO-6 has been accomplished with an improved tape media specification with stronger magnetic properties, and by adding twice as many read/write heads with improved servo format to achieve a higher track density.

The LTO organisation released a roadmap in 2014, which shows their target data capacity and speed rates for the upcoming generations, with LTO-8 supposably feasible in 2018/2019 and LTO-9 in 2020-2022. 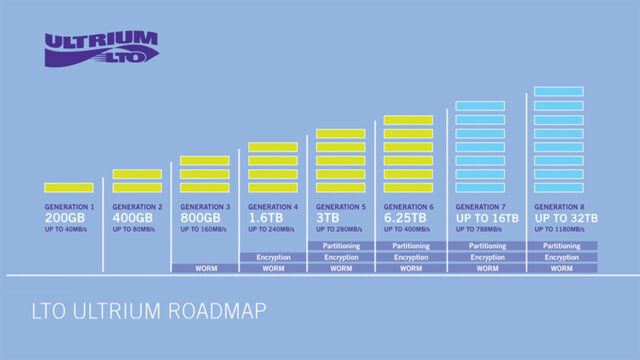 Traditionally, any LTO generation is backwards-compatible, and maintains all the previous generation’s functionality, such as LTFS drag-and-drop file access. 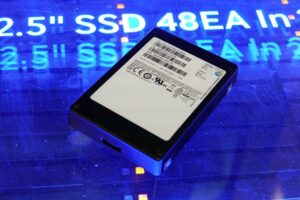 Whether LTO will still be the ultimate back-up archiving storage is yet to be determined. With Samsung’s recent 16TB 2.5″ SSD announcement (albeit a very pricey storage solution to say the least, with 1TB SSD costing $1000), it sure will be a tough competition in the near future.

Linear Tape Open (LTO) represents a trio of technology provider companies: HP, IBM and Quantum. It works with them and tape suppliers like Fujifilm to develop tape media and drive specifications. LTO-7 media and drives are technically feasible and it will be interesting to see, which tech giants in the media industry will adopt this new LTO format in early 2016.

If you like to get your hands on LTO tape storage today:
LTO-6 SAS Drives start at around $2000 LINK and a Thunderbolt Version goes for $3600. Alternatively an LTO drive with a Thunderbolt adapter for $2600 total might be an option.

$2600 for the drive is certainly not so cheap, but in the long run, if you have lots of archiving to do and with the extra benefit of security it might be worth it.

Are you using LTO right already? Let us know what you think in the comments.