Teradek has announced the industry’s first zero-delay 4K wireless video transmission system. The Teradek Bolt 4K will be able to transmit 4K 10-bit 4:2:2 HDR video at a range of up to 1,500 feet line-of-sight over the unlicensed 5GHz band. The company will showcase the Bolt 4K during NAB (Booth C5725). 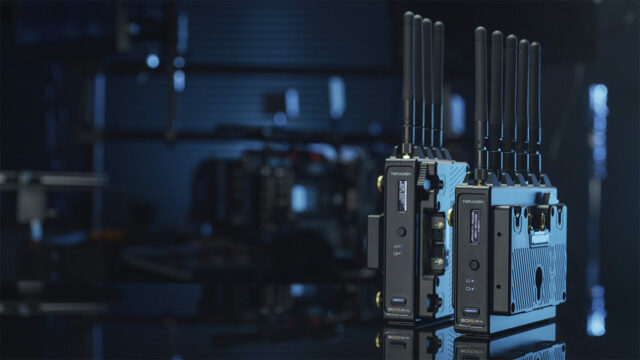 Teradek, now part of Vitec Group, is known for huge innovations in the field of wireless video transmission. Their current top-of-the-line system, Bolt 1000, can transfer zero-delay video signals at up to 1080p resolution 60fps to a distance of up to 1,000 feet line-of-sight. With the recent announcement, Teradek improves the wireless video transmission technology significantly. They have just announced the Teradek Bolt 4K. Let’s take a brief look at this new product!

The Teradek Bolt 4K transmits 10-bit, 4:2:2 HDR video at a range of up to 1,500 feet line-of-sight over the unlicensed 5GHz band, and can multicast to 6 receivers, simultaneously. For HDR workflows, the Bolt 4K supports HDR-10, PQ, and HLG standards and can transport extended camera metadata, timecode, and record triggers over the wireless link. 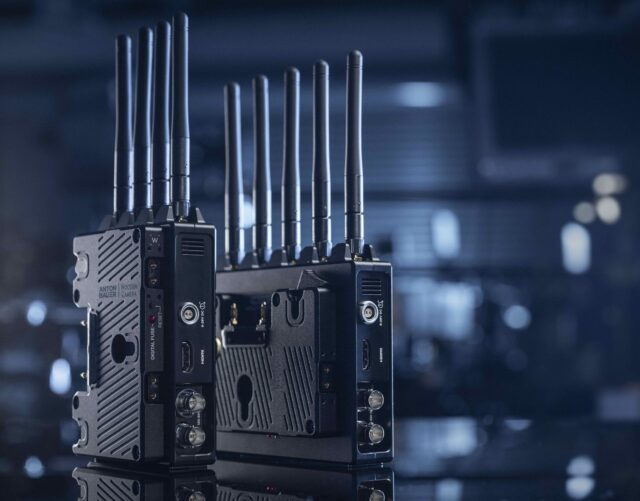 The Bolt 4K is the first 4K HDR wireless video system, providing uncompressed, zero-latency (<1ms) transmission. The new Teradek Bolt 4K features interoperability – any model range can transmit and receive from another. For example: a Bolt 4K 750 is compatible with a Bolt 4K 1500. 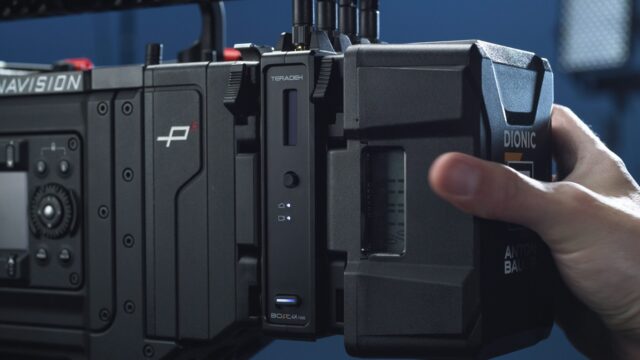 Like Teradek’s existing Bolt devices, the Bolt 4K offers strong protection with AES-256 encryption and RSA 1024 key pairing. Combined, these two technologies ensure that nobody may decrypt the wireless feed or connect another receiver to the system, without explicit authorization. Both, transmitter and receiver feature OLED displays to access the Bolt 4K settings and software features, such as spectrum analyzer, channel selection, 3D LUTs and more. 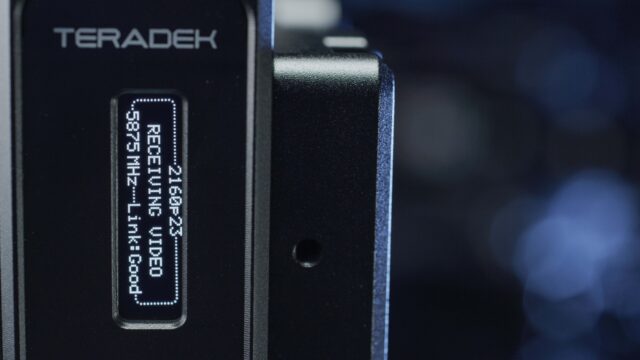 To further simplify the use of wireless video on set, Teradek has launched a free iOS application to manage and monitor every parameter of a Bolt 4K in real-time. The smartphone communicates with the Bolt 4K via Bluetooth and enables users to manage transmitter/receiver pairing, wireless channel selection, and the application of 3D LUTs. The app also offers a real-time quality and range analyzer to determine the best transmission distance for a given area, as well as the popular 5GHz spectrum analyzer to detect congestion on specific channels.

What do you think of the new Teradek Bolt 4K? Do you need 4K wireless video for your productions? Let us know in the comments underneath the article.