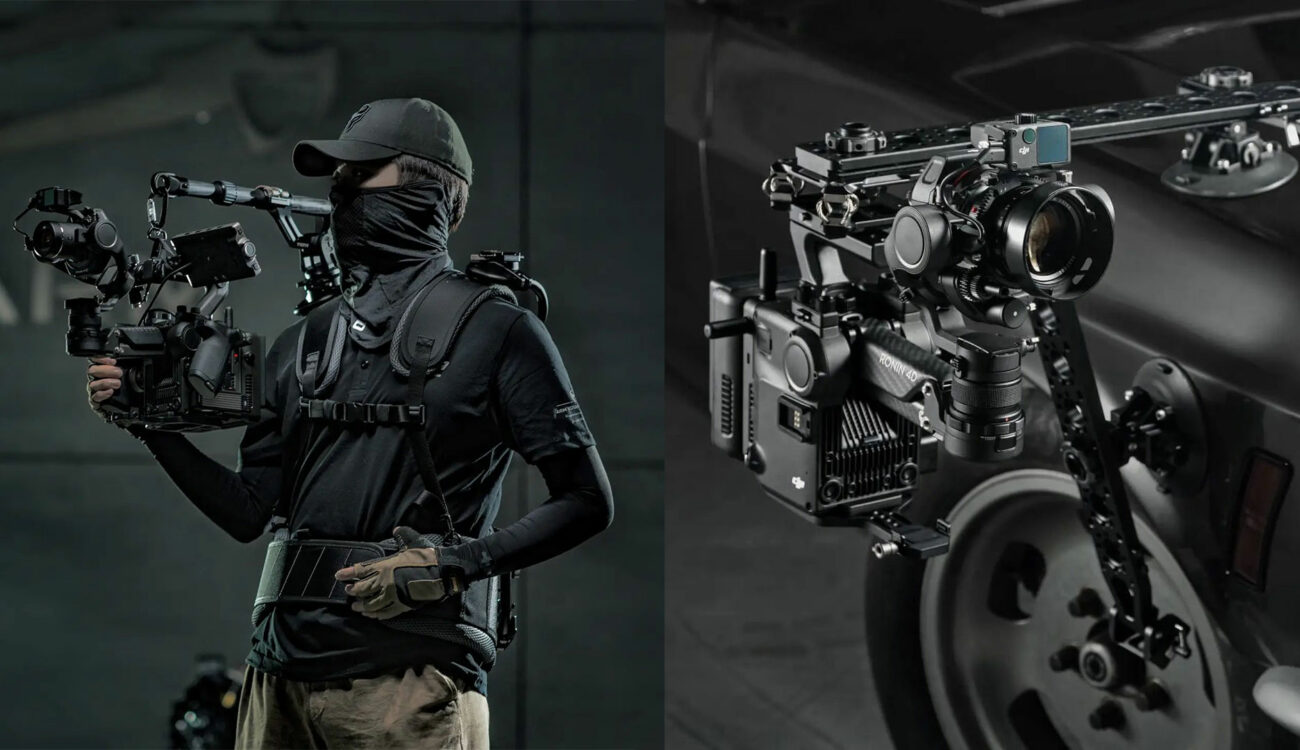 Tilta has teased a couple of new camera accessories for the DJI Ronin 4D on social medial. Unfortunately, there is very little information about this unique ecosystem and products, but a support vest, a shoulder rig, and a car mount system will be released in the future. Let’s take a closer look at what we know so far!

The DJI Ronin 4D was released last week, and the least we can say is that this one-of-its-kind device made a lot of waves on the internet! Indeed, with four-axis image stabilization, 6K and 8K internal ProRes RAW recording capabilities, and a unique shape/design, the DJI Ronin 4D came out of nowhere.

If you missed it, you can watch our review of the Ronin 4D below and read the entire test here.

Like with any camera release, third-party accessories manufacturers develop all kinds of cages, rigs, and support systems for the latter. However, Tilta is the first company to showcase a series of products for the DJI Ronin 4D.

Tilta showcased pictures of three upcoming products on social media, including a support vest, a car mount system, and a shoulder rig. Let’s start with the support vest.

As my colleague Nino mentioned in his review, one of the most significant downsides of the DJI Ronin 4D is its weight. At nearly 5kg with all components attached but without a lens, it’s a heavy beast. So there is very little need to mention that it can be tiring and close to impossible to operate for several hours on a shoot day.

To solve that issue, Tilta will come with a support vest to distribute the weight of the DJI Ronin 4D on the operator’s shoulders and back. The camera’s top handle is attached to an arm with some suspension.

This support system looks like a great mix between an Ergorig, an Easyrig, and Tilta’s Float system. It should allow you to operate the DJI Ronin 4D for a much more extended time and ease your footsteps even more.

Next on the list, if you’re not a massive fan of the shoulder rig Johnnie created for our review, Tilta will come up with a dedicated Ronin 4D shoulder rig. Both camera handles are relocated on the picture above, and the on-camera monitor is attached to one of the handles.

As the handles do not communicate wirelessly with the camera, I’m curious how Tilta will figure this out so you can still control and operate the camera.

Last but not least, there is a car mount system that looks very similar to the company’s Hydra Alien suspension arm for the DJI RS2. The Hydra Alien attaches to your car via three suction cups and allows you to create unique camera movements while smoothening out car bumps and potholes.

There is currently no information about pricing nor availability from Tilta. However, this is not the first time the company teases a product that comes out months later, like the Canon EOS R5 cooling kit that was announced in July 2020 and started shipping in August 2021.

What do you think about all these new Tilta accessories for the DJI Ronin 4D? Do you consider getting a Ronin 4D? Don’t hesitate to let us know in the comments down below!