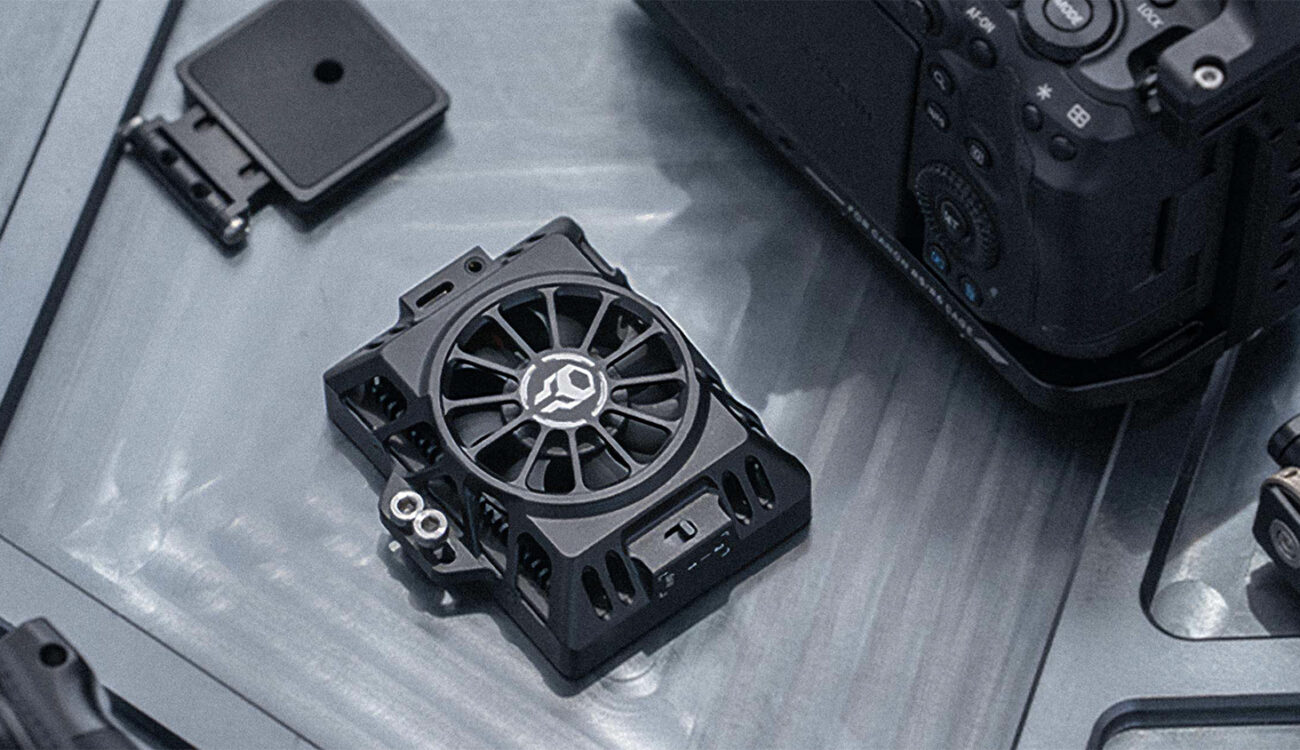 Remember when Canon released a camera that had to shut down so it wouldn’t catch fire? Well, apparently that’s still an issue. After Canon shipped their R5 and R6 camera systems, let’s just say, the conversations people had got a bit heated. Each camera offered incredible shooting resolutions, 8K RAW and 4K respectively. Unfortunately, all that power came at a price. Both cameras overheated after recording for long periods of time. Solutions ranged from using icepacks, replacing the internal heatsink, or shooting in the snow. However, Tilta saw an opportunity and their Tiltaing Cooling System is now available for both Canon cameras.

When we covered the announcement of Tilta’s Cooling System for the Canon R5 almost a year ago, it sounded more like an April fools joke than a product. But there was a serious problem to solve and only a few people had solutions. The USB-C powered Tiltaing Cooling System now covers the R6 as well as the R5. Some other changes have also been made and while the product still seems like a bandaid to a much bigger problem, it’s a serious endeavor that will hopefully allow longer shooting times at higher framerates.

Tilta has finalized the design of the Tiltaing Cooling System for the R5 and R6, which still sits in the cavity after opening the flip-out screen. The six-layer design remains, as well as the 7 blade fan. However, Tilta has reduced the RPM from 6200 RPM, as we originally reported, to a maximum of 5000 RPMs. This was most likely done to reduce fan noise, which is claimed to be 30 decibels at most. To give you some context, a ticking watch is around 10 dBA and 30 dBA is about as loud as a whisper. Finally, the unit includes an EXT port for run/stop cables.

The cooling system can attach to the Canon R5/R6 cages from Tilta, but can also be mounted onto an articulating hinge attached to an ARCA mount. This allows users to flip down the cooling unit to close the flip-out screen. There are also two fan speed modes: High and Low. Tilta claims that the High mode peaks at 5000 RPMs and 30 dBA.

So how does it work? Well, kind of like the CPU in your computer. Those have a big chunky fan and heatsink that sits right on top of it. Heat radiates from the CPU into the heatsink and the fan pulls that heat away. This process is called convection. The Tiltaing Cooling System works on the same principle. As the Canon R5/R6 motherboard radiates heat into the camera body, Tilta is hoping to pull it away with their cooling system. This should quickly remove enough heat so that the camera won’t shut down. Or at the very least, give you enough time to get that shot.

What else can I do to prevent overheating?

Well, you can always just let your camera shut down and wait. You could also strictly shoot in snowy climates. There is also a company called Kolari Vision that offers a solution, but only for the Canon R5 as of this article. Unfortunately, they will have to take your camera apart in order to install a new modified heatsink onto the motherboard. They did some testing and the numbers look promising, however, they do mention that some CF Express cards can affect this mod.

The million-dollar question: do I need it?

If you want to shoot 8K RAW or high framerates on a Canon R5 or R6, your answer is probably going to be, yes. The benefits for long-term shooting remain to be seen but Tilta is offering a solution that won’t break your bank. At just $165, the Tiltaing Cooling System is a small price to pay when the next best thing means modding the inside of your camera at double the price to start. Unfortunately, the Canon R5 and R6 may never see a permanent solution. Tilta’s offering still feels like a bandaid, no matter how cool it looks.

The Tiltaing Cooling System for the Canon R5 and R6 is available online from Tilta.

What do you think about Tilta’s solution to Canon’s overheating issues? Is this something you’ll utilize with your Canon R5 or R6? Let us know in the comments!