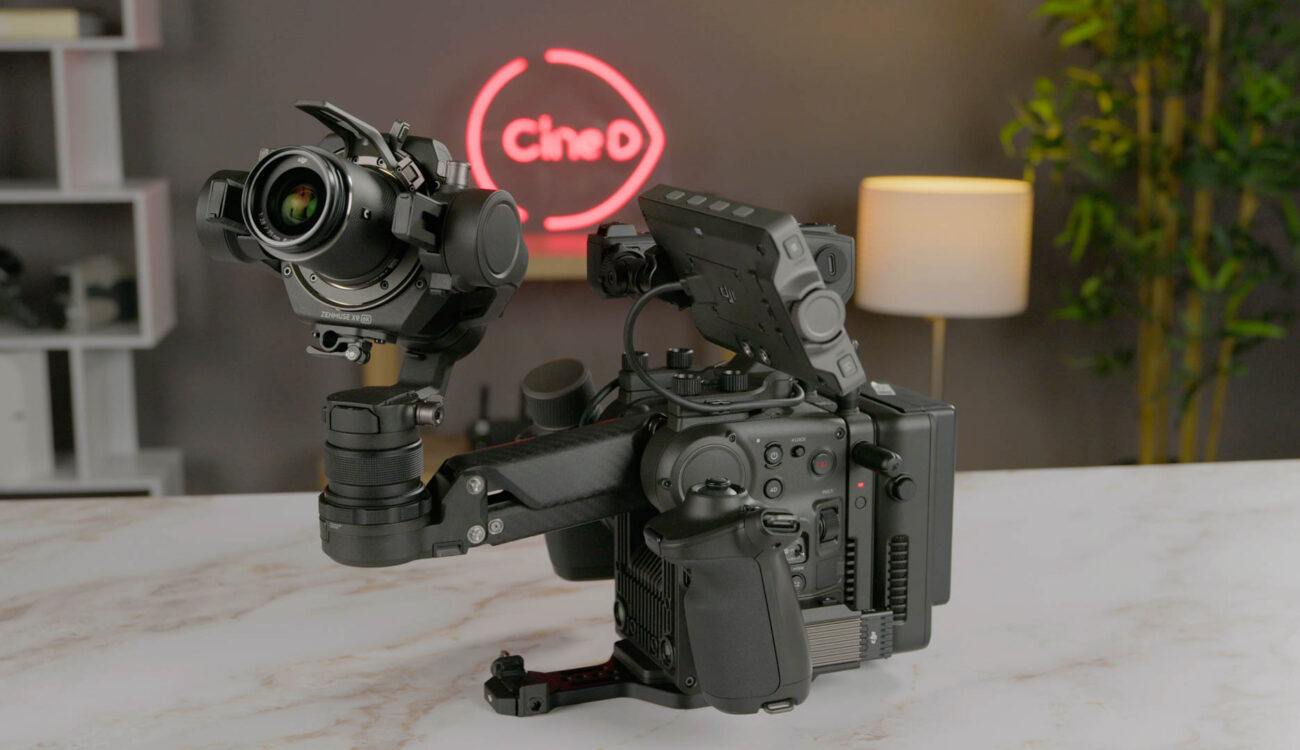 DJI Ronin 4D is a new camera system for professionals that combines the new full-frame Zenmuse X9 gimbal camera, a 4-axis stabilization system, a LiDAR focusing system, and a wireless video transmission and control system in one single product. The camera comes in two versions with either X9-6K for up to 6K60p recording or X9-8K for up to 8K75p recording in ProRes RAW, ProRes, or H.264 internally.

In case you missed our video and written review, check it out here!

When it comes to sensor-equipped devices, the Chinese tech giant DJI has lately been treating us with affordable consumer and prosumer products such as the DJI Pocket 2 or the DJI Air 2S drone (you can check our review here). Today, the company announces something for the professionals. I thought that DJI got rid of the “Ronin” product name completely, but apparently, they did not. The newly announced DJI Ronin 4D is unlike anything that the company announced until now. This article focuses on the new features and specs, but we were also able to get our hands on the Ronin 4D and of course, my colleague Nino had to test it out. So if you want to know his opinion on the camera, check the DJI Ronin 4D review here. Now let’s dive into the technical stuff.

The camera weighs approximately 4.67 kg (including all the modules from the combo, but excluding a lens and storage card). The main monitor on the camera is a 5.5” 1000-nit touchscreen panel with FullHD resolution at 60Hz and it can be freely rotated.

The core of the new DJI Ronin 4D is the newly developed Zenmuse X9. The last time we saw a new Zenmuse gimbal camera was four years ago when DJI announced the Zenmuse X7 with a Super35 image sensor that was capable of shooting up to 6K 12-bit CinemaDNG raw in 30fps. The X7 camera module, however, never got a platform for handheld shooting. It was designed to be used with the DJI Inspire 2 drone only.

The new Zenmuse X9 features a full-frame sensor and it comes in two versions:

In addition to the commonly used H.264 codec, both X9-8K and X9-6K can internally record Apple ProRes and ProRes RAW, leaving more latitude for editing in post. The sensor has a dual-native EI of 800 and 5,000. According to DJI, it also offers over 14 stops of dynamic range. We will, of course, put the Ronin 4D through its paces in our test lab to see about those 14 stops. Stay tuned on CineD for that.

The Zenmuse X9 gimbal camera by itself features only 3-axis stabilization. The body of the DJI Ronin 4D, however, adds another Z-axis arm that holds the Zenmuse X9 and has been designed to eliminate vertical camera shakes. We all know that distinctive swinging motion from walking that is visible in so many 3-axis gimbal shots. Many operators are trying to avoid it with different walking techniques or by adding a steadycam system such as Tilta Float.

With the Ronin 4D, DJI seems to have found a way to get rid of the vertical camera shakes altogether. The camera achieves this fluidity of movement with a new algorithm that processes inputs from a set of downward ToF sensors, forward and downward dual-visual sensors, built-in IMU, and barometer. The Ronin 4D also includes ActiveTrack Pro that can track subjects from longer distances than DJI’s ActiveTrack.

Another interesting technology included in the 4D is a newly designed LiDAR Range Finder that continuously generates precise laser measurements to provide a sharp, fast, and reliable focusing experience with any lens. With over 43,200 ranging points reaching as far as 10 meters, LiDAR can quickly locate subjects even in low-light environments.

The 4D uses DJI’s new O3 Pro transmission technology that can carry a 1080p 60fps low latency feed with AES 256-bit encryption to remote monitors with a transmission range of up to nearly 20,000 feet. In addition to 2.4GHz and 5.8GHz, O3 Pro also supports the DFS frequency band for better stability and anti-interference performance in challenging environments with obstacles or interference. This system also enables multiple receivers with one transmitter and allows users to switch feeds quickly between multiple Ronin 4Ds.

DJI will also be offering an optional high-bright remote monitor to accompany the Ronin 4D. The 1,500-nit, 7-inch monitor integrates a wireless video receiver. The built-in gyro sensor also turns the monitor into a motion controller for movement-based camera control. Additionally, it can connect to the Ronin 4D hand grips, DJI Master Wheels, DJI Force Pro, or the new DJI three-channel follow focus to modernize coordinated shoots. When several remote monitors are used in conjunction, each device can play back material separately with independent LUT, loaded without interfering with other monitors. The monitor’s built-in microSD card slot supports up to 1080p/60fps proxy footage recording.

For audio recording, DJI Ronin 4D has built-in microphones to support 2-channel 24-bit audio. It also has two 3.5mm jacks on the body and two XLR ports on the Expansion Plate for additional input and output options.

Like Ronin 2 and Inspire 2, DJI Ronin 4D uses the TB50 Intelligent Battery, which offers up to 2.5 hours of shooting time. According to DJI, the battery is designed to be reliable even in extreme weather conditions with the help of auto-heating technology.

DJI says they designed this camera in cooperation with select cinematographers that have been testing prototypes and providing valuable feedback. The company also announced that they will continue working directly with eight award-winning DPs that will use the Ronin 4D in their upcoming projects. These include: Rodney Charters, ASC, CNSC, NZCS; Takuro Ishizaka, JSC; Rachel Morrison, ASC; XiaoShi Zhao, CNSC; and Academy Award winners for Best Cinematography: Erik Messerschmidt, ASC; Claudio Miranda, ASC; and Peter Pau, HKSC.

DJI Ronin 4D is available for pre-order right now and there are two different combos:

Other accessories and parts are available separately – for example:

What do you think about the new DJI Ronin 4D? Is this the future of professional cameras? Let us know in the comments section underneath the article.