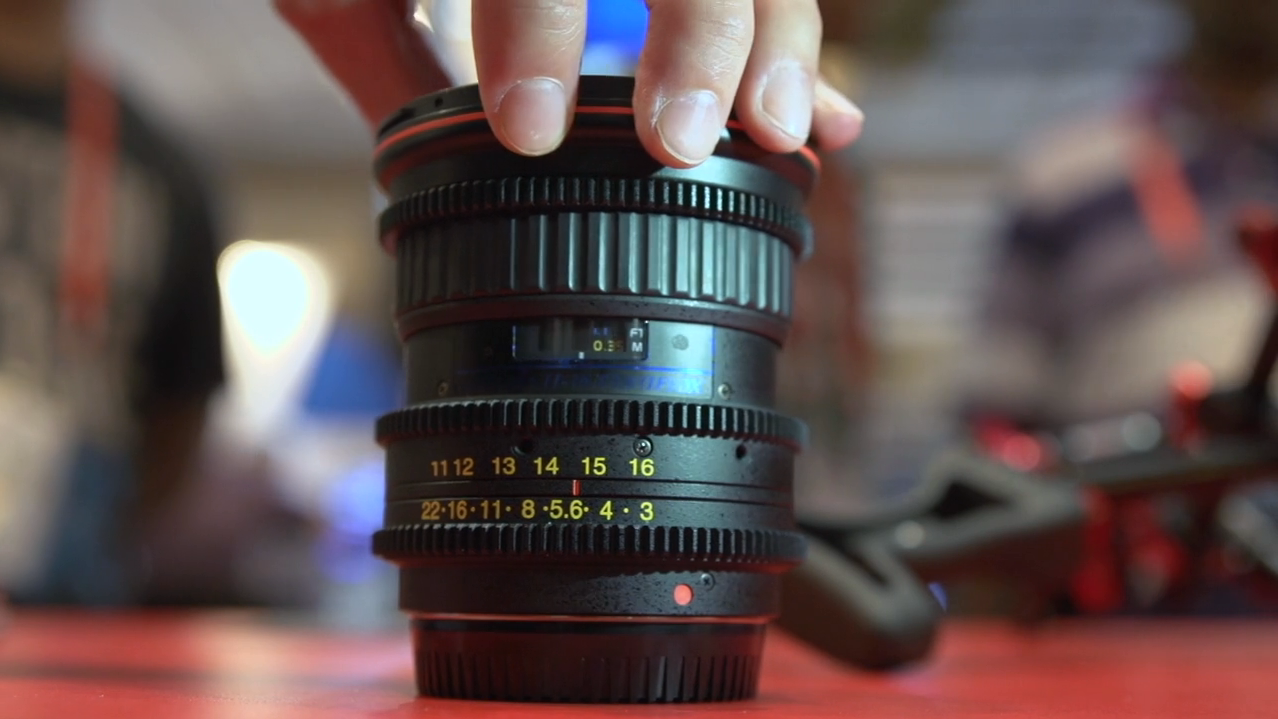 Tokina present a future release at Broadcast Asia: The Tokina 11-16mm T.3 Cine Lens. This lens raised some eyebrows at NAB this year. The stills version of this lens has been incredibly successful and hugely accepted within the industry as the one of the go-to wide angle lenses for the Super35mm format.

The Tokina 11-16mm cine lens shares the same sharp fast optics with the stills version along with permanent 0.8 lens gears for all three barrels, a de-clicked aperture and T-stopped at T.3.

The Tokina 11-16mm f/2.8 (stills version) has a hard stopping focus ring when in MF mode. The same can be said for the cine version. It looks as if the focus throw is the same length in both models also (cine lenses tend to have longer focus throws in comparison to stills equivalents).

As a 5D and Tokina 11-16mm F/2.8 owner I can confirm this lens will work on a full frame sensor at 16mm only, meaning, this lens will be suitable as a full frame 16mm prime. (unlike Canon EF-s lenses, this one can physically be attached to Canon EF mount along side an EF-s mount).

Tokina are still be ambiguous with their pricing, listing this lens at somewhere under $2000. It will be available in Canon EF and Nikon mount hopefully during September this year.