To extend the headlines question a little bit: What is the actual impact of a production grip department on the final look and feel captured through the camera? It might surprise you but without the help of grips, we’d be watching pretty boring, uninspired stuff all day long. Watch the whole interview with Jake Reeder, a key grip himself, hosted by our very own Graham Sheldon. 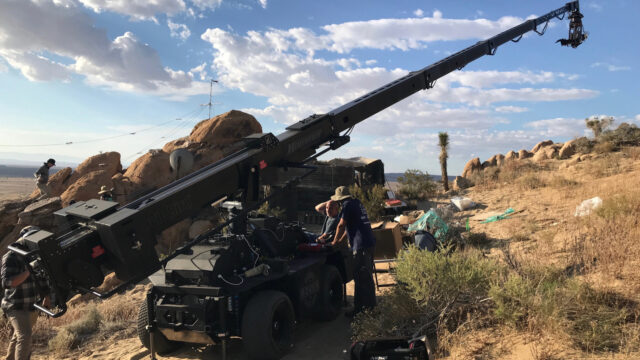 So what exactly does a key grip do? It’s not (only) about lifting heavy stuff and push a camera dolly from A to B. It’s much more than that and I’ll use Jake’s words here: The grip department is kind of the weird glue which make all the different departments come together.

Working as a Key Grip

The one misconception about the position of a key grip is the actual chain of command on a film set: It’s not Director -> DoP -> Gaffer -> Key Grip. Gaffer and Key Grip are actually on the same level and need to work together in order to make the Directors and DPs vision a reality.

Who brought the light up there? (Image credit: Jake Reeder)

Let’s start our story with a scouting trip. The key grip needs to be there (as does the Gaffer) in order to check how to place the camera at the desired position, how to deploy a light on top of that rim, and so on. Gaffer and key grip work in tandem to make things not only possible but, and that’s another aspect of the key grip position, also safe. Jake again:

The Gaffer works towards what the DP wants to see, the Grip then works towards making that possible or, if it’s not possible, coming up with another way to do it.

The bigger the production, the more complicated and sophisticated the setup will be. Hanging a giant light rig overhead of a crowd of people is a dangerous thing to do and the key grip is responsible for making it 1) work and 2) for finishing the job safely for everybody involved. The Gaffers’ job is to translate the Directors and DPs’ vision into an actual lighting scheme and he is also responsible for everything electric (aka dangerous). In order to deploy a light to a certain location, he will work together with the grip department. 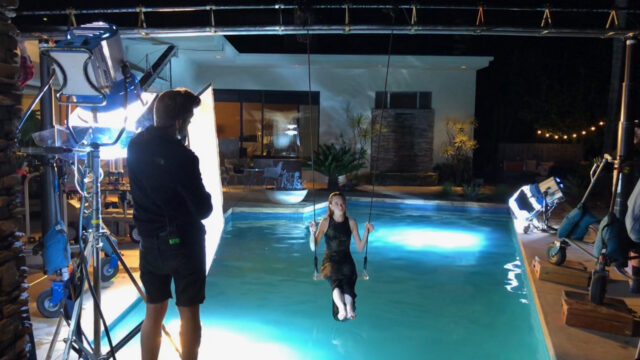 Is it safe to swing here? Of course it is! (Image credit: Jake Reeder)

Grips are also in charge of controlling lights, they’ll set up flags, scrims, bounces, diffusers, you name it. That’s one part of the grips work, another filed is safety in general: Members of the grip department are actually in the same guild as set medics.

Now we’re approaching the one topic, everybody thinks it’s the one and only job the grip department has: Camera rigging. But as you can see above, it’s not only about that but it certainly is one of the main fields a key grip has to cover. 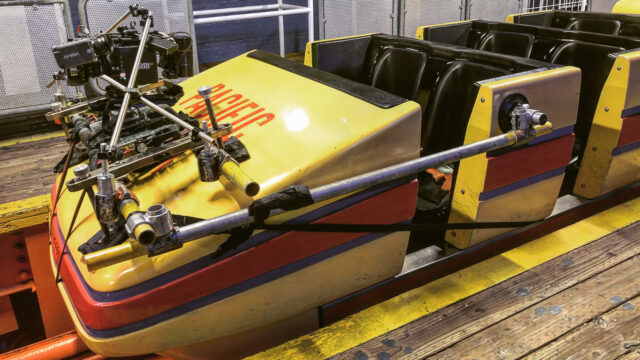 Every time a camera’s involved, grips are also involved.

Becoming a Member of the Grip Department

Becoming a good grip is not only about physical strength (although you’ll need a little bit of that!) but about attitude. You need to enjoy doing what you do. And of course, a lot has to do with schlepping stuff from A to B. But as Jake puts it it’s also about safety, about connecting with different departments, bringing it all together. 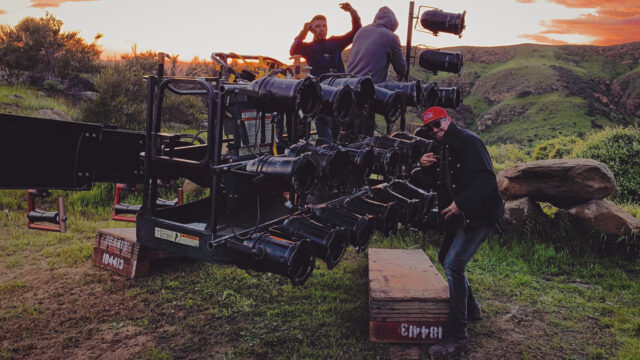 You need to be creative, coming up with ideas on how to rig a piece of gear at a given spot. It’s all about working towards the goal of creating a beautiful piece of film/commercial/music video/…. And really, without the help of the Key Grip and his/her department, our daily dose of visual entertainment wouldn’t be as enjoyable… at all!

Have you ever worked with a Key Grip on one of your productions? Share your experiences in the comments below!