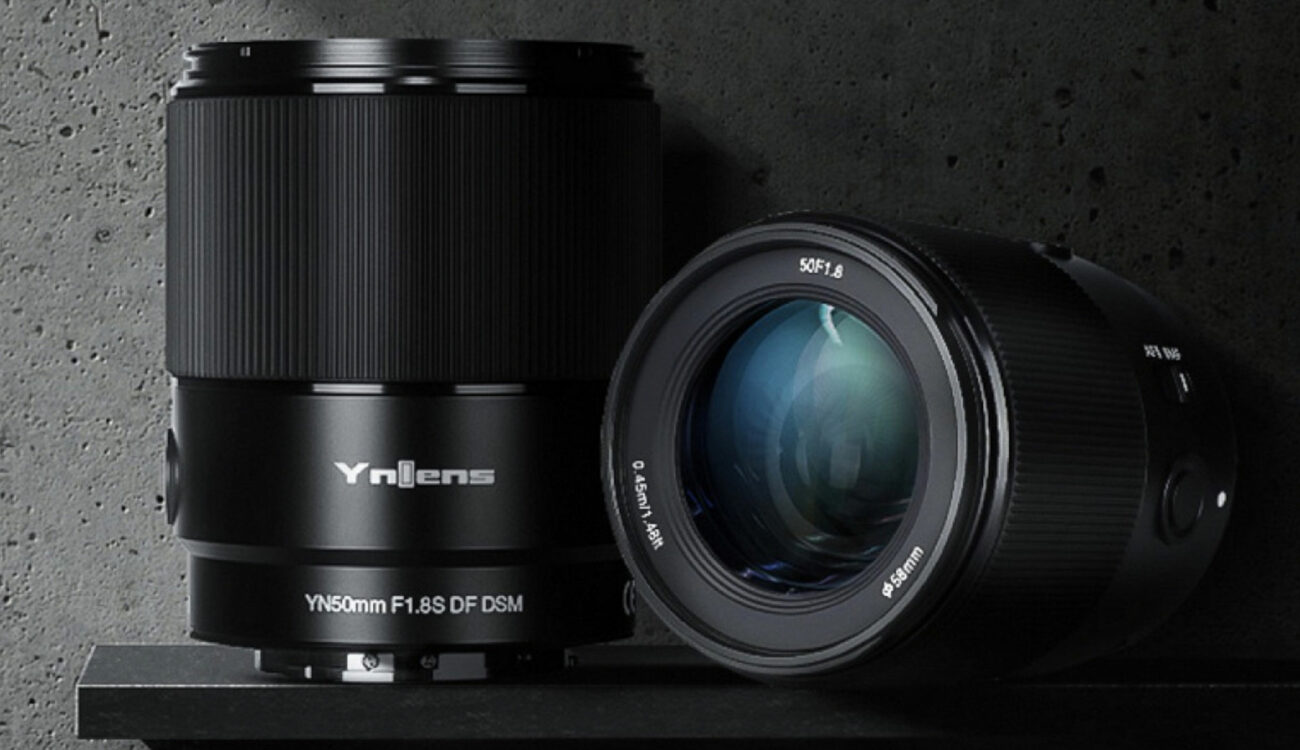 by Jeff Loch13 days ago

Chinese manufacturer Yongnuo is known for making affordable third-party lenses for DSLR and mirrorless cameras, but they are yet to release their YN455 Android-based MFT camera.

Last year, the company released a 50mm F/1.8 DA DSM lens for Sony E-mount cameras, but this lens only covers APS-C sensors. This time, Yongnuo is back with the YN 50mm F/1.8S DF DSM that covers full-frame sensors.

The YN 50mm F/1.8S DF DSM also features an AF/MF mode switch. In addition, this lightweight lens – 395g/0.87lbs – also has two user-assignable buttons close to the lens barrel. These buttons are useful if you quickly need to turn on/off functions like Focus Hold and even trigger recording.

The lens design of the Yongnuo YN 50mm F/1.8S DF DSM consists of eleven elements in eight groups with “six special optical elements,” according to the company. The aperture diaphragm has nine rounded blades, which should give you a smooth bokeh.

The minimum focusing distance is 45cm/17.72in, and the front filter diameter is 58mm.

It is not clear yet when the YN 50mm F/1.8S DF DSM will be available, but it should retail for around $300/$350. We will update this article as soon as we learn more about it. The lens will come with a protective case.

What do you think about this 50mm F/1.8 full-frame lens? What is your go-to 50mm prime lens for Sony E-mount cameras? Don’t hesitate to let us know in the comments below!