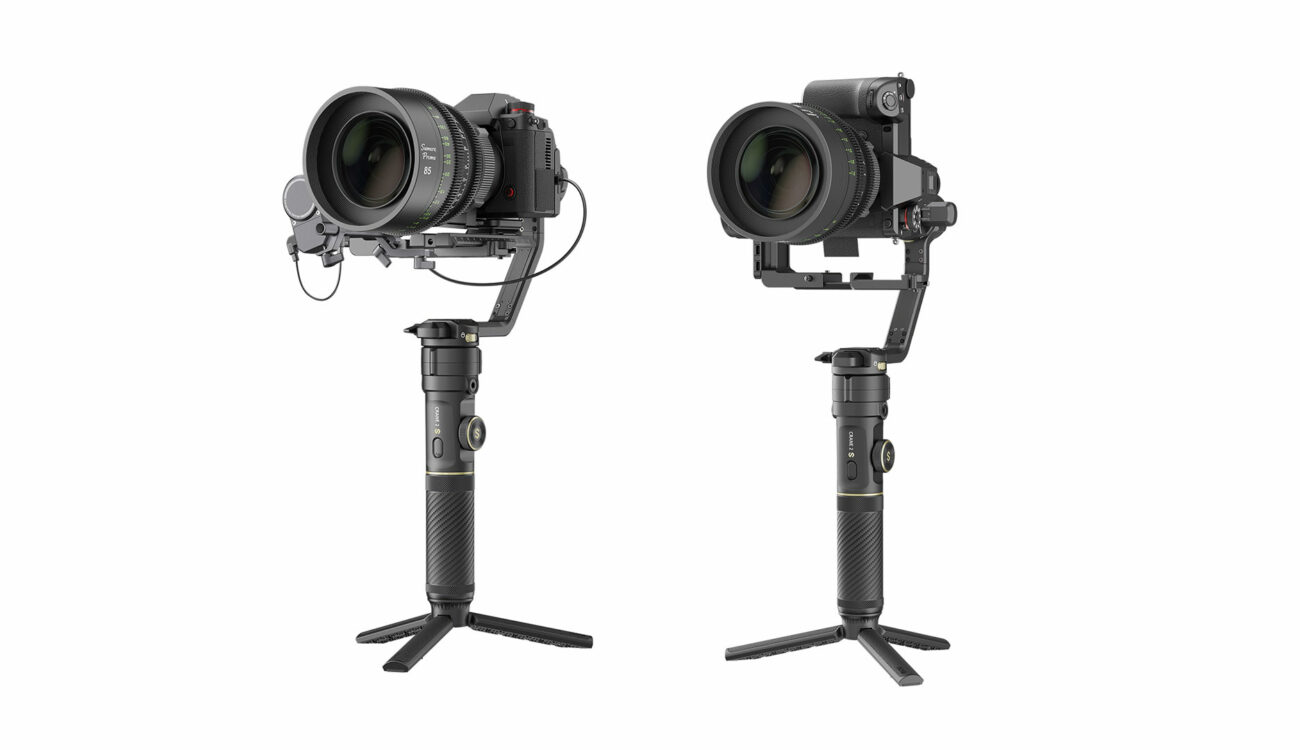 From the exterior, the CRANE 2S looks relatively similar to the CRANE 2. For example, the CRANE 2S takes the same three 18650 batteries for a maximum battery life of around 12 hours.

Also, the camera still attaches to a Manfrotto compatible plate to mount it on the gimbal.

However, something new is a quick-release mount along with a safety knob on the tilt axis that allows you to switch to vertical shooting mode quickly. But, the CRANE 2S features a new FlexMount System that simplifies the setup process with a double safety mechanism.

At the moment, there’s no information about the maximum payload capacity of the CRANE 2S. Still, the motors are more powerful, and the gimbal can take cameras such as the BMPCC 4K/6K, Panasonic LUMIX S1H, and Canon EOS 1DX Mark II, according to Zhiyun. Also, Zhiyun worked on new 9th generation Instune stabilization algorithms to improve stability and reliability.

Coming directly from the CRANE 3S, you can now lock every axis of the CRANE 2S (pan/tilt/roll). It avoids your camera from swinging everywhere when you transport your gimbal in your bag, but it also simplifies the balancing process.

Above the new carbon-fiber handle, there’s now a 0.96-inch OLED screen. Along with the joystick wheel and control buttons, this screen makes navigating inside the entire menu system and switch between shooting modes more easily.

The Zhiyun Crane 2S comes with a built-in focus control wheel. With compatible cameras and lenses, you can adjust the focus by plugging a cable between your gimbal and camera. If you use Cine lenses/manual focus lenses, an optional servo follow-focus motor is available.

The CRANE 2S is compatible with Zhiyun’s TransMount ecosystem of accessories. You can use it with the TransMount image transmission system, monopod, mini dual grip, and dual handle. The TransMount Image transmitter can directly slide into the bottom of the quick release base plate without screws.

The Zhiyun Crane 2S will be available in three versions:

Even though the CRANE 2S is not a revolution but more of an evolution of the CRANE 2, if you’re in the market for a robust gimbal at a reasonable price, it may be a good option for you.

What do you think about the Zhiyun Crane 2S? What is the most exciting feature for you? Do you think it is worth upgrading from your current gimbal? Don’t hesitate to let us know in the comments below!