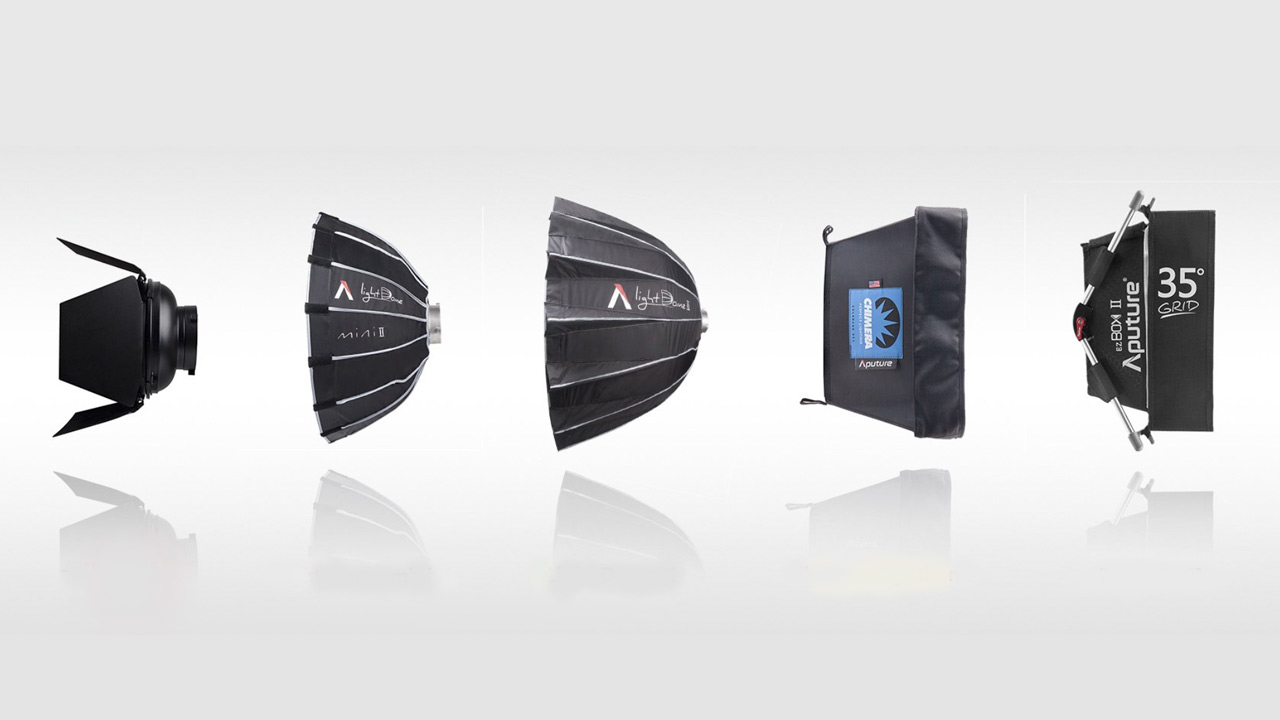 5 new Aputure light modifiers have just been released following their announcement and demonstration at NAB 2018. The modifiers are intended for use with the popular Lightstorm and Amaran lines of LED lights. Three of them are updated versions of the popular Lightdome and EZ Box soft boxes. Additionally, there is a set of barndoors for the Lightstorm COB lights. A first for Aputure: a Lightbank for the LS-1 LED panel, produced in cooperation with Chimera. Let’s have a closer look. 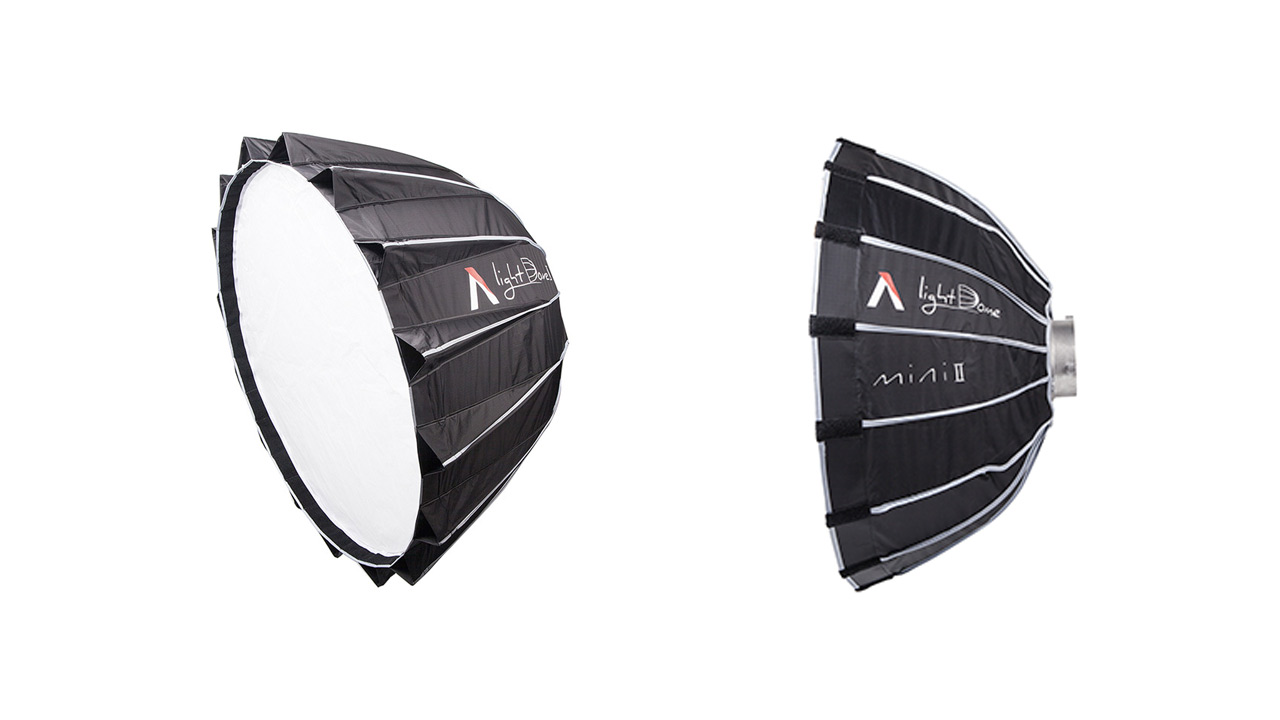 The Aputure Lightdome soft boxes have been hugely popular, thanks to the popularity of the lights they are intended for, the Aputure COB120d or Aputure COB300d. Attaching to the lights via the photographers’ standard Bowens mount, they offered modularity of use and high portability with a rod system that could easily be broken down and stored away after use. The updated versions are now improving things tangibly.
Both, the 34.8 inch (88.5 cm) diameter Lightdome II and the 21.5 inch (54.5 cm) diameter Lightdome Mini II now feature Aputure’s new shotgun build, claiming the soft boxes can be popped up in around 2 seconds. This replaces the somewhat fiddly build up of the first versions. In addition to that, both soft boxes now feature dual diffusion, a reflector, a gel holder, a honeycomb grid and come in a handy bag. 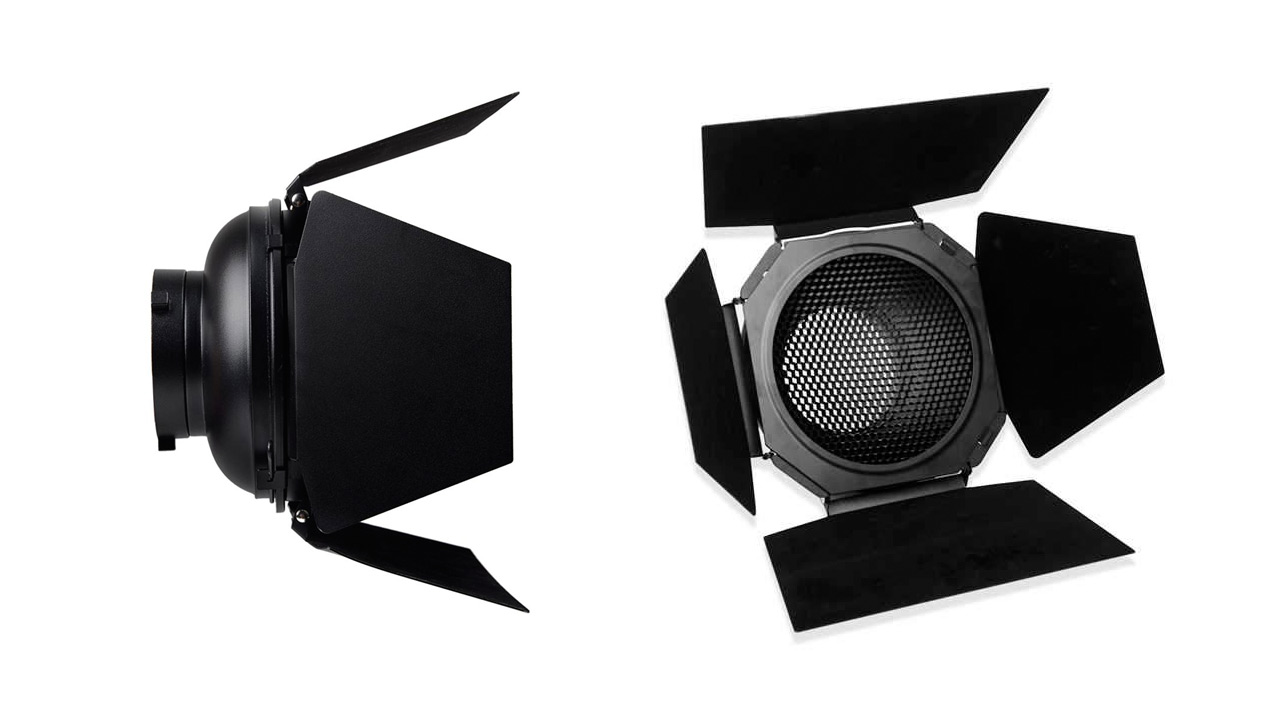 A set of barndoors has been dearly missing from Aputure’s single point light source lineup. The standard 7 inch Bowens mount barndoors are designed to ward off light spills, feature 4 velvet-lined leafs to control spread and direction of light, and come with a gel holder and a honeycomb grid for even more options. 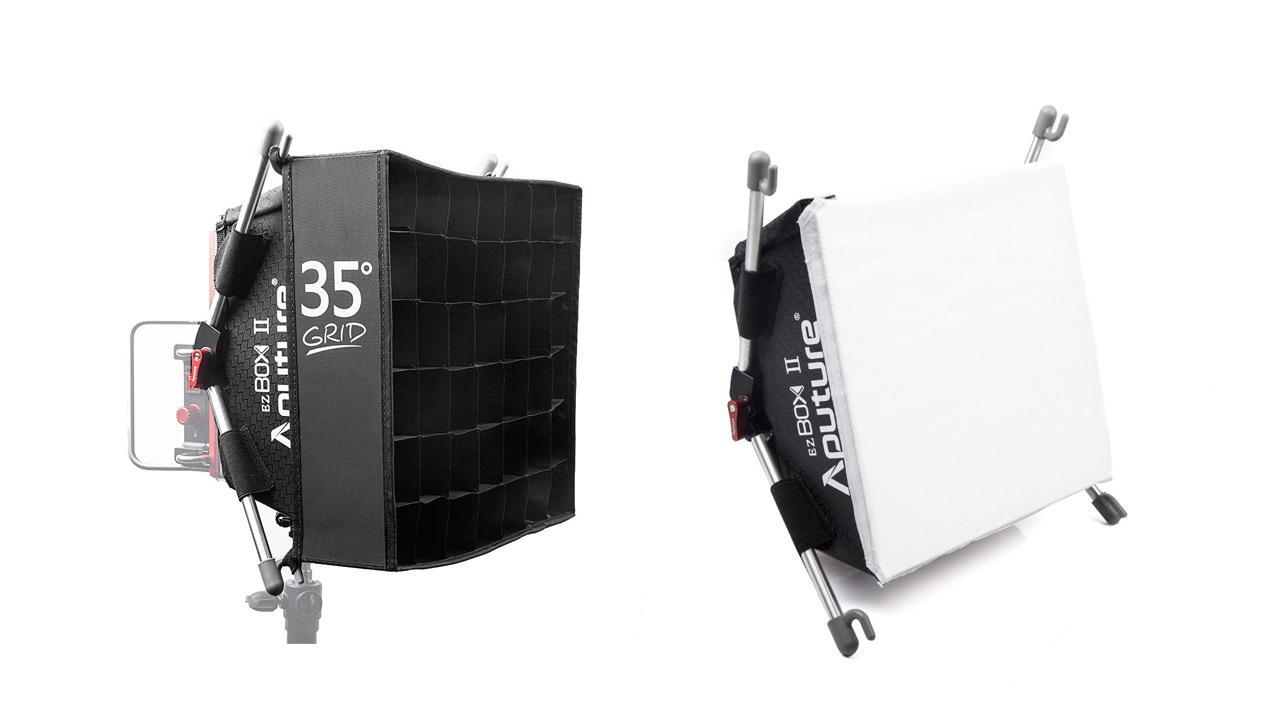 The EZ Box+ II is an upgraded version of the same EZ Box+ made to work with the Aputure Amaran AL-528, Aputure Amaran HR 672 or Aputure Tri-8. The design has been largely kept the same, except for the outer bracket being aluminium now, instead of the prone-to-breaking plastic of the first version. It comes with a 35° grid and all other parts of the assembly in a portable bag. 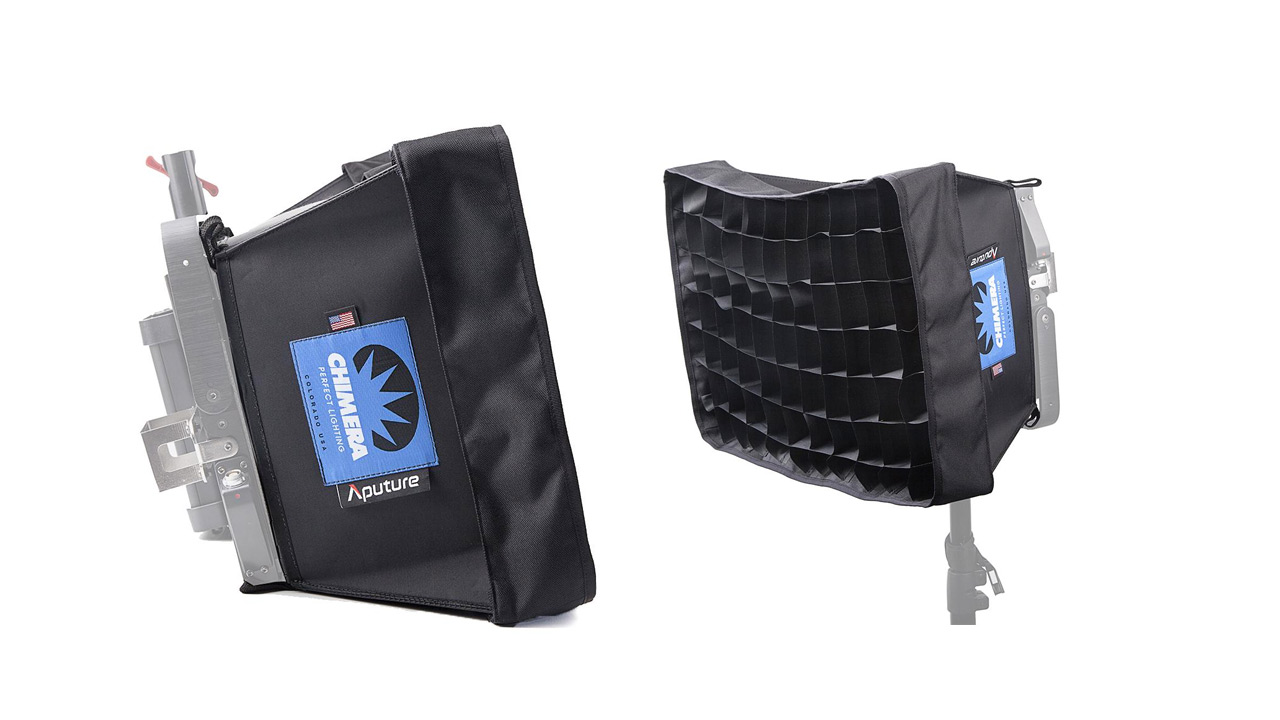 Chimera created this soft box with exchangeable garments for Aputure

Aputure has partnered with esteemed industry veteran Chimera to produce the Lightbank soft box for their flagship panel, the LS-1. The Lightbank is supposed to be durable, designed to fit both the standard and the studio versions of the light. It comes with a Half Grid silk and a Magic Cloth, as well as an 35° eggcrate grid to provide multiple diffusion options.

There should be more Aputure products coming soon. The COB120d II, as well as an updated Fresnel lens and a Leko attachment for the COB-series. We’ll certainly keep you posted.

What do you think? Are you excited about these 5 new Aputure light modifiers? Are you going to upgrade your existing accessories for the new versions? Let us know in the comments!