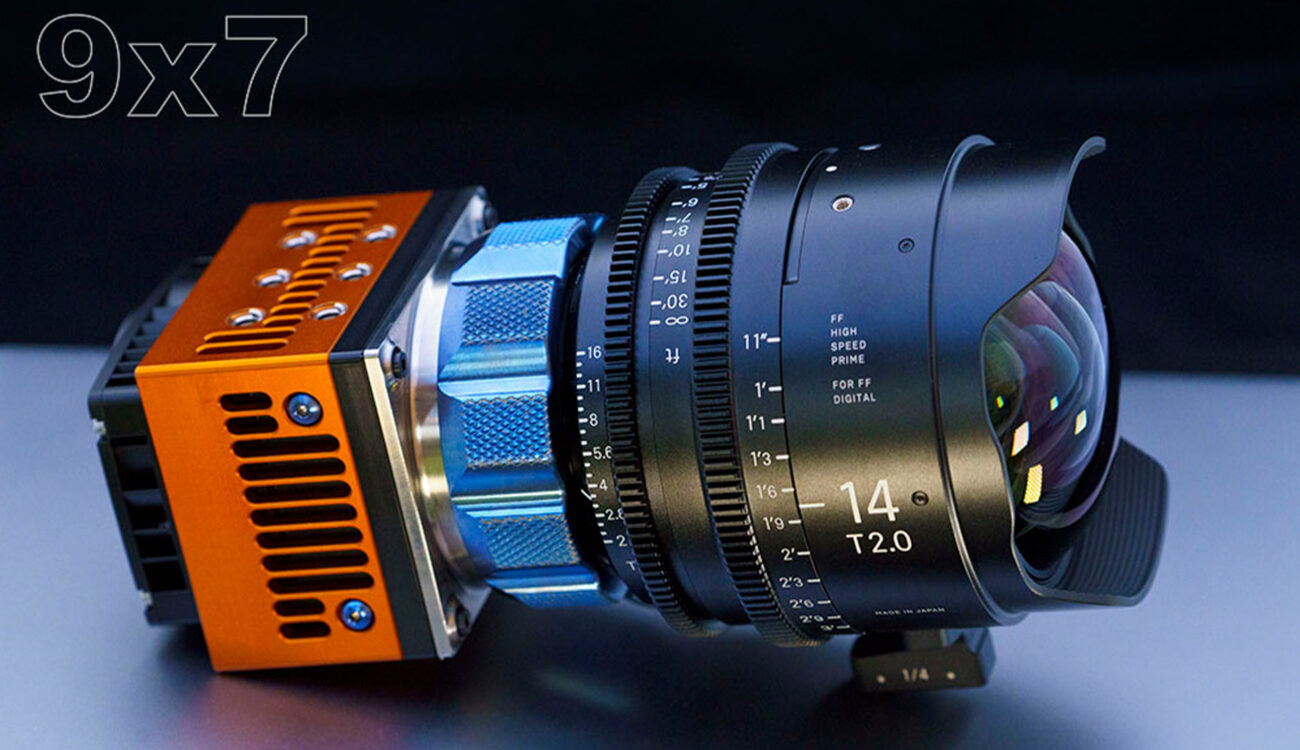 ACHTEL 9×7 is a new cinema camera designed and manufactured by Pawel Achtel ACS. It features tethered head design with APS-H BSI 4:3 sensor with 9.3K native resolution. With the maximum throughput of 10GB/s, the camera can record up to 70fps RAW Cinema DNG footage in full resolution. The camera is available for purchase now for around $146,000.

It is always nice to see when small independent companies or individuals take on the huge challenge of designing and manufacturing a camera. Although it does not always end well (still remember the FRAN 8K?), it is an admirable effort. Traditional camera companies like Canon or ARRI have large engineering teams with years of R&D and technology. It is indeed a very difficult task to make a decent camera.

Pawel Achtel ACS is a cinematographer and camera inventor based in Australia. He specializes in camera systems for underwater cinematography and his company’s patented 3D beam-splitter was recently used extensively on James Cameron’s latest Avatar sequels in New Zealand. He spent the last years working on a new camera – ACHTEL 9×7. Recently announced, it features some impressive specs. Let’s take a short look at it.

As Pawel states, the ACHTEL 9×7 camera was designed specifically for IMAX and Giant Screen productions. That’s why the high resolution is one of the key aspects of the camera.

The sensor features a global shutter readout and it is capable of 70fps at full resolution. According to Pawel, the camera is able to record uncompressed RAW images at a data rate of a whopping 10GB/s. That is about twice as much as the maximum throughput of Thunderbolt 3.

If these numbers triggered your curiosity, you can download some sample clips from the camera in Cinema DNG format from Achtel Website and play with them in the NLE of choice.

According to ACHTEL, the camera offers a wide color gamut, high color accuracy, and low noise with good light sensitivity. Again, you can download the sample Cinema DNG files and be the judge.

ACHTEL 9×7 camera features on-screen tools, such as 1:1 magnification with a customizable region of interest, IMAX and Giant Screen framing overlays, RAW histogram, and more. The settings can be adjusted and configured using configuration files (JSON format).

The construction of the camera uses the tethered head design which is nothing new in the cinema camera world (ARRI and Sony VENICE already offer it). The advantage is, that the head with the lens can be mounted in tight spaces otherwise inaccessible for large camera bodies. The head of ACHTEL 9×7 camera measures just 80 x 80 x 70 mm and it can be placed up to 20 meters away from the rest of the camera (connected only via fiber optic cable). The recording unit measures 136 x 166 x 66mm.

Available lens mounts include LPL, PL, Nikon F, Canon EF, Leica M as well as underwater Nikonos and Nikonos RS. The native ISO is 800 and the internal storage of the camera can be either 4TB or 8TB.

In standby mode, the camera runs cool. Because of the high data rates, it requires, however, extreme cooling during operation. The camera features removable cooler module that bolts under the brain. The cooler is about 13mm thin and features two fans cooling the SSD. Additional twin fans are cooling the main processing unit and another big fan is on the camera head – 5 fans in total.

As Pawel writes, they are currently testing various lenses and only few of them are able to retain the very high resolution of the ACHTEL 9×7 camera. Finding the right lenses is therefore currently the biggest challenge for ACHTEL. Judging from the sample clips, it seems that ARRI Signature Primes and some Sigma ART Cine lenses should work well.

The most interesting thing about the ACHTEL 9×7 camera is that it is not just some prototype. The official information is that the first ACHTEL 9×7 cameras are already available for purchase and production hire.

The purchase price for the ACHTEL 9×7 starts at $200,000 AUD. (around $146,000 USD). The company did not specify the rental day-rate for the camera yet. Enquiries can be sent directly to Pawel Achtel.

What do you think about the ACHTEL 9×7 camera? Do you see the need for ultra-high resolution cinema cameras? Let us know in the comments section underneath the article.