At NAB 2016, Johnnie had the chance to catch up with Dirk from Angelbird – a small Austrian company with big plans for affordable SSD storage solutions specific to the cinema and broadcast industries. While a hands-on review of the Angelbird products will be coming soon, here’s a little taste of what’s to come!

The SSD2GO PKT, which is displayed throughout the video, is a mobile SSD option that was designed with video in mind. It is shipped with two cables which are sunk into the SSD’s casing, to reduce the amount of stress on the connector. Meanwhile, it features read speeds of up to 560 MB/s and write speeds of up to 460 MB/s. According to the video, it is also tough as old boots – able to stand up to 5 tons – meaning that shooters who like to beat their storage devices up will feel a little safer.

We’re currently waiting to find out if the Angelbird SSD2GO PKT comes with the 128-bit encryption featured in the SanDisk Extreme line. Even if it doesn’t, however, it does provide a more affordable SSD alternative for filmmakers who like their memory tough. 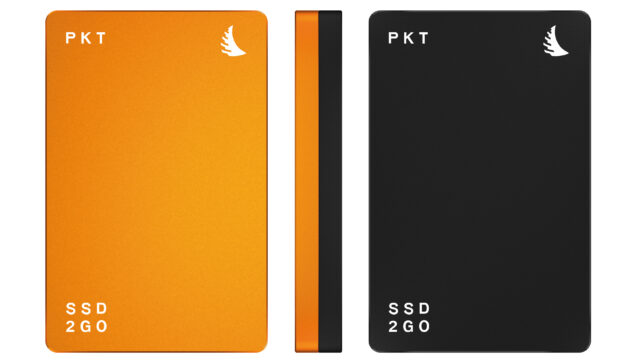 The second product discussed in the video is the Angelbird CFast 2.0 Card, which comes with integrated stable stream technology – ensuring spike-free write speeds for all of your video projects, regardless of length. We’re still waiting for more information on the CFast 2.0, however, Dirk states that the card will $259 USD for the 160GB option.