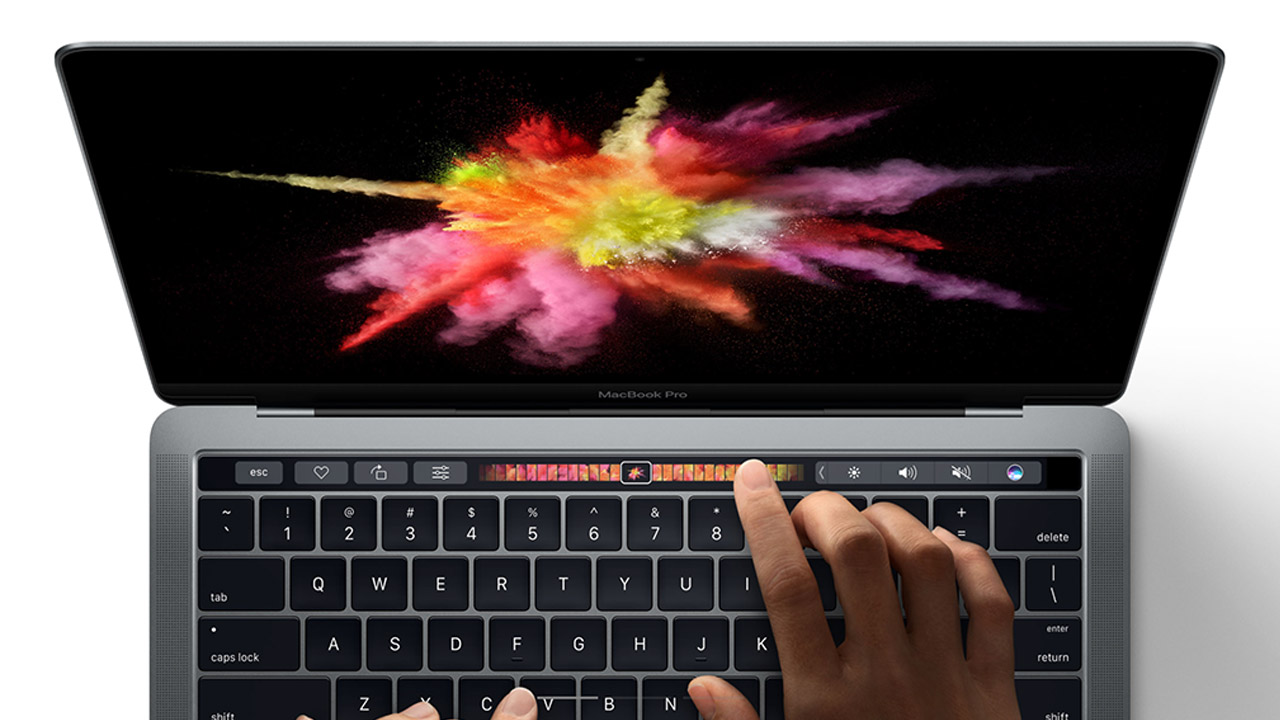 The release of the new 2016 MacBook Pro marks the 25th anniversary of Apple’s first laptop computer. As always, the refresh brings a reduction in weight and size, a boost in performance, but this time also introduces the new Touch Bar. But what does it mean for video editors? 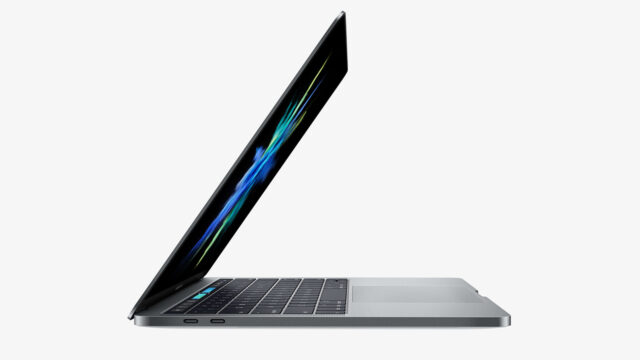 The October Apple event came right on the heels of their recent launch of the iPhone 7, but many already had a clear idea of what was to be announced. With the current series of MacBook Pros overdue for a refresh, it was fairly obvious that it was their turn to take centre stage.
The new range of MacBook Pros is quite a bit thinner and lighter than the previous generation, challenging even the dimensions of the MacBook Air. In terms of connectivity, the 2016 MacBook Pro features Thunderbolt 3 ports only, offering incredibly fast speeds of up to 40Gbps. Even when using any one the ports for charging the machine, the rest make up for it due to the to the daisy chaining functionality of Thunderbolt. What is a bit of a downer for video shooters, though, is that Apple has completely left out the SD card reader on the new 2016 MacBook Pro. Oh, and it still features a 3.5mm headphone jack, just in case you were wondering… 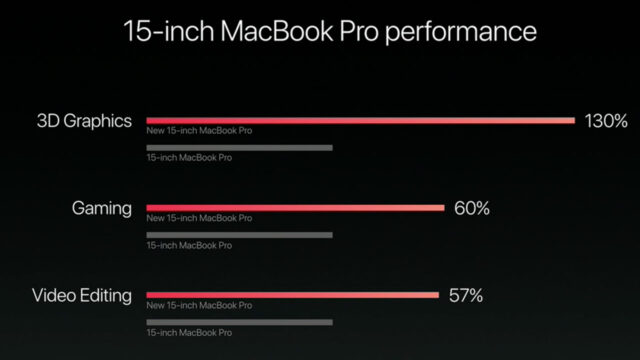 In terms of performance, the 2016 Macbook Pro features an Intel Core I7 processor, AMD Radeon Pro graphics card with Polaris Architecture (for the 15 inch model) and faster SSD drives. Apple claims all of these improvements boost performance far beyond the previous generation in important areas for video production. The Retina display is also capable of quite a lot more contrast ratio and colour, responding to the ever increasing demand for higher dynamic range and wider colour gamut of today’s professional video industry. The graphics card included in the 2016 MacBook Pro was also mentioned to be capable of driving two 5K external monitors in addition to the MacBook Pro Retina display. Nice!
The feature that stole the show, however, was the new Touch Bar. This Retina-quality, multi-touch strip – located where the escape and function keys used to be – is a content-aware interface that allows you to control system and application settings with familiar gestures such as tapping and swiping. 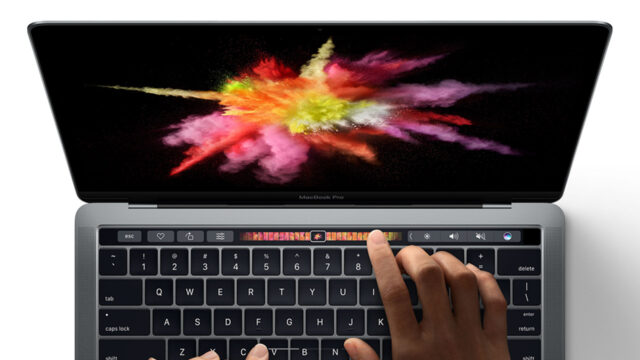 Being a lot more immediate and visual than keyboard shortcuts, and allowing faster access to slider controls and timeline navigation than reaching for the mouse, I can imagine this feature drastically increasing the speed of the editing workflow. The Keynote presentation included a demonstration of the Touch Bar with the new 10.3 version of Final Cut Pro X (read Olllie’s review here) as well as Photoshop, and the implementation seemed really quite impressive.
Also worth mentioning is that Touch Bar support will be available to developers via Xcode, with Adobe and Blackmagic Design’s Da Vinci Resolve already on the case, so expect to see new and creative ways to control your favourite applications soon on the 2016 MacBook Pro. 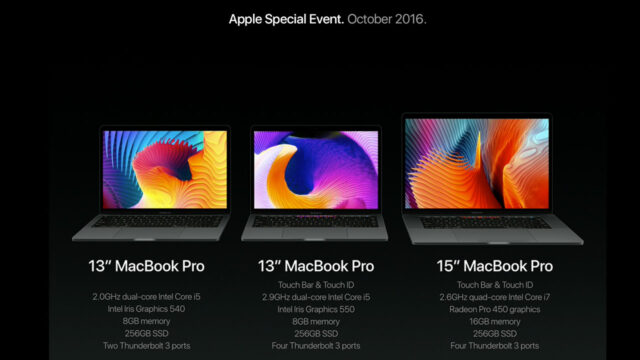 The base model 13 and 15 inch 2016 MacBook Pro are available next month for $1,799 and $2,399 respectively, although a stripped down version of the 13 inch with no Touch Bar, fewer Thunderbolt ports and lower graphics is available now for $1,499. You can purchase and preorder from B&H.
applemacbookproretinai7touch bar
Share this article