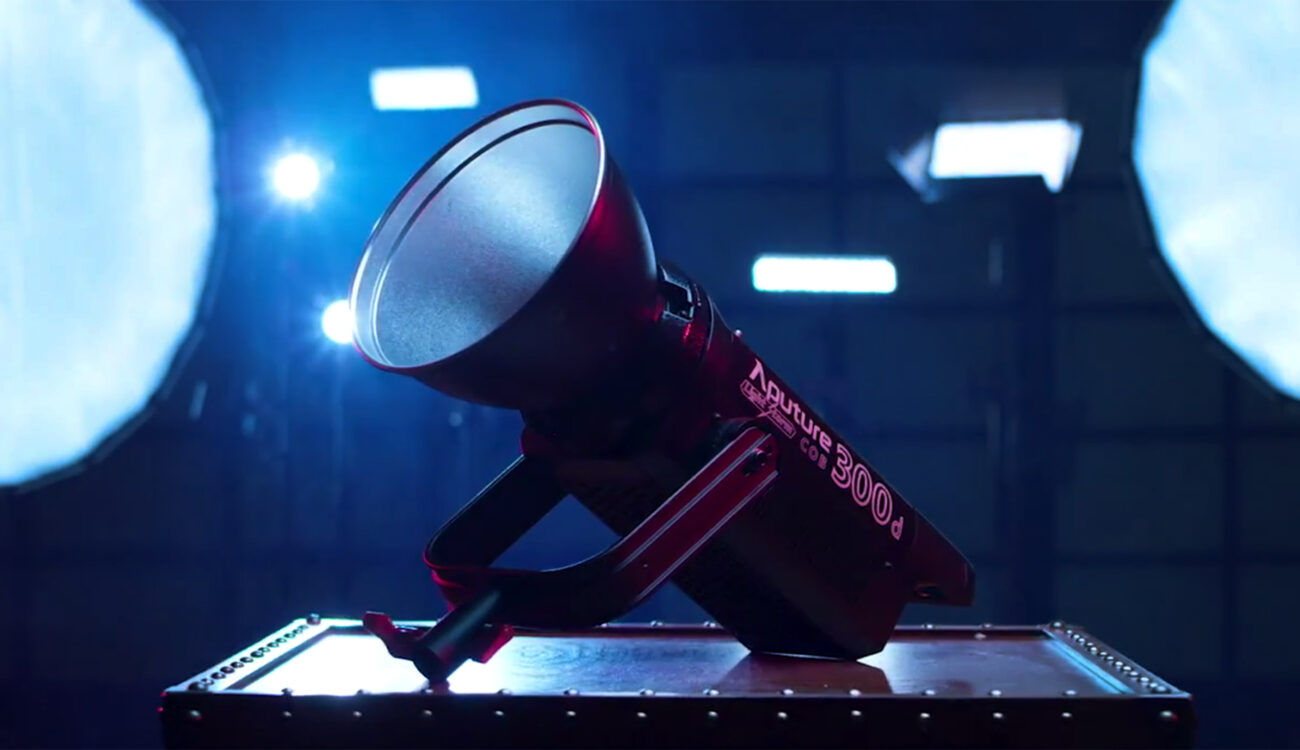 Earlier this year, at the NAB show in Las Vegas, Aputure announced a new member to their acclaimed LightStorm series of LED lights: the LS 300d. Now, almost half a year later, that very light fixture is finally and officially available. Let’s break down the features! 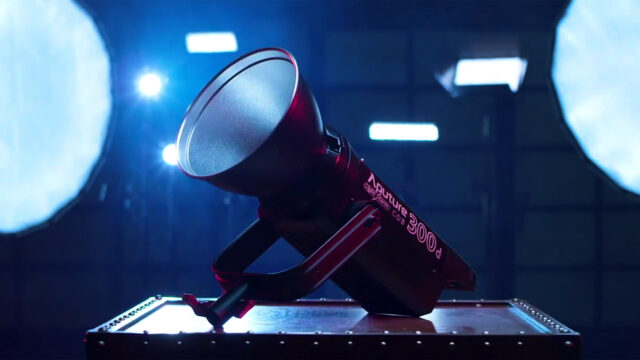 In order to get you up to speed, make sure to read our inital article about the Aputure LS 300d when it first surfaced at NAB. This is one of the most powerful daylight balanced LED light out there right now. And since we’re talking about Aputure here, the LS 300d is clearly aimed at the indie filmmakers community. $10.000 price tag? No, sir! Cheap, low-quality gear, then? No, not at all! At Aputure, it’s all about having an open ear for their customers and giving them what they really want. Watch the intro Video below:

The LS 300d is an upgrade to Aputure’s already existing LightStorm 120d LED. It takes –well, obviously– 300W of power in order to pump out a tremendeous amount of daylight balanced light. Aputures official rating states 31.000 Lux @ 1m when using the Bowens reflector which creates a 60° beam angle.

Also, the CRI / TLCI ratings of this light are really high (≥96) which translates to even and accurate color rendition, no magenta/green shifts can be found here. The color temperature is rated at 5500K.

The main feature of the LightStorm series of light is the fact that they operate with a single chip-on-board (COB) LED source. An ordinary LED panel consists of multiple light sources since each LED is a light source on its own. This is why LED panels cast these unnatural und unflattering multi-shadows. While you can fight this effect with the use of some diffusion but you won’t be able to cast a clean, hard light with a LED panel. Ever. With the single-sourced LS 300d, you can!

The unit itself is surprisingly compact and lightweight, it’s only 30% bigger in size compared to the LightStorm 120d. One thing to mention: Yes, there are two fans inside the unit. While this might scare you away because of the suspected noise, Aputure promises to have you covered on this. The two fans rotate at a bare minimum in order to prevent the LED from damage. Also, they are rotating on different speed levels so that noise won’t stack up.

With the Aputure LS 300d you’re free to cast whatever quality of light you might need for your given shot. Due to the built-in Bownes mount any light shaping accessory can be attatched easily. A fresnel, a spacelight, a beauty dish, Aputure’s own light dome mini, you name it! 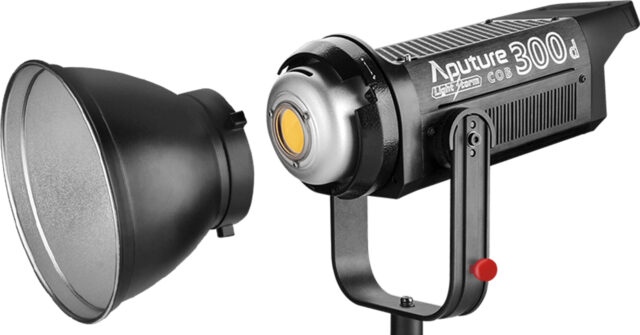 The good thing: Bowens accessories are nowhere near the price of long-established light-shaping accessories in the film industry such as a Chimera soft box for example. These are designed to withstand the extreme temperatures of big tungsten lights and that comes at a price. Since the LS 300d runs relatively cool, Aputure decided to make use of widely available and very price-efficient Bowens accessories which root in the photographic industry.

You can power the LS 300d the way you want: Using a wall outlet or a set of two Batteries, either V-Mount or Anton Bauer. That way can set up this LED light anywhere you want. A very cool feature for a light this powerful! Just like the other LightStorm LEDs you can remote control the LS300d with the provided 2.4GHz remote.

At NAB Aputure stated that they will try hard to get the price below $1,000. Well, as it turns out they just missed that magical mark. The LS 300d sells for $1,099 but that’s OK since you get a lot more than just the fixture. Everything you’ll need is included: The light itself, a Bowens reflector, the controller unit (choose between Gold mount or V-Mount), a ballast, all the cables needed, a remote and a soft bag. 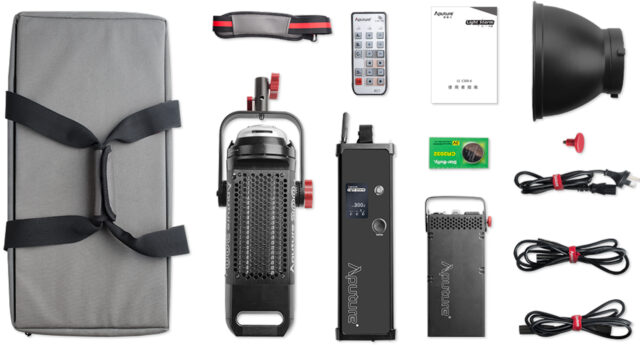 Just add a stand and all the Bowens compatible accessories you want for a ready-to-go package. I think this is a very appealing set of features and I’m eager to put this light to the test myself!

Do you have any LightStorm lights in your bag already? What do you think of these? Share your thoughts in the comments below!