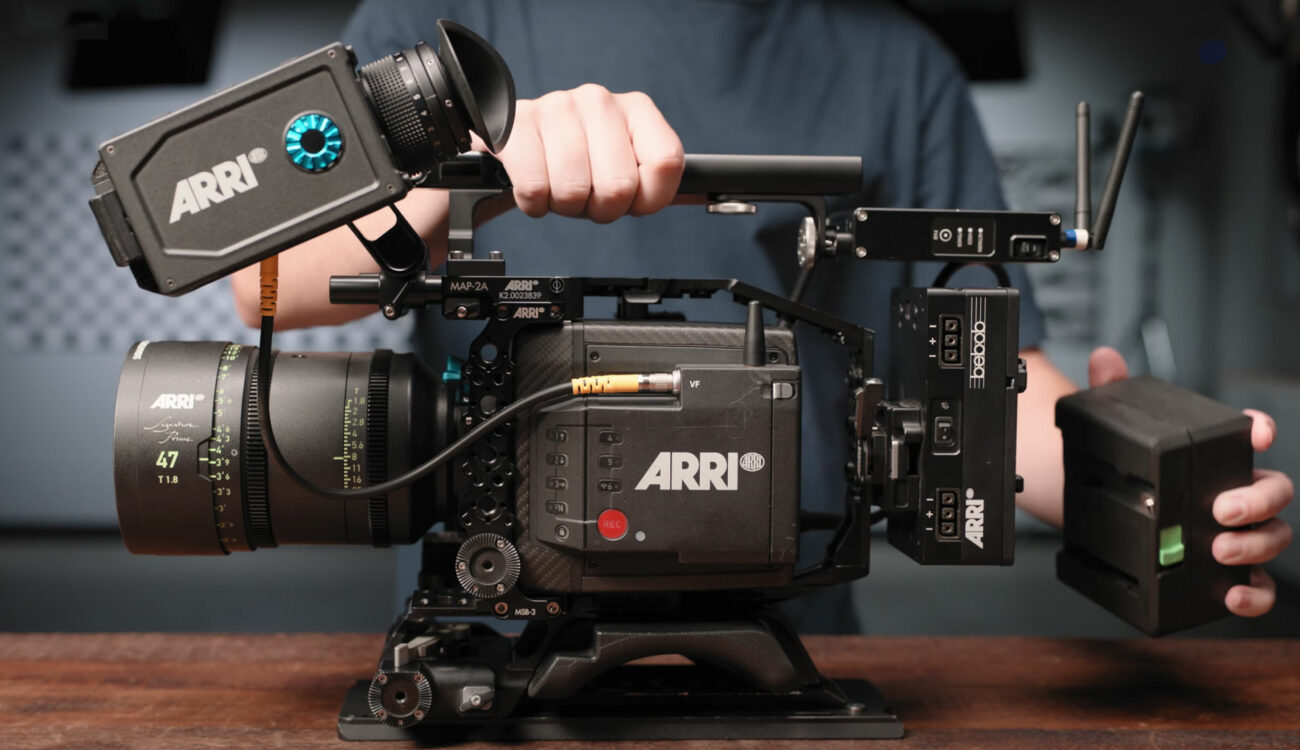 ARRI recently released a Tech Talk video discussing everything you need to know about the new B-Mount 24V battery standard. If you want to learn more about this efficient way to power cameras and lighting fixtures, let’s take a closer look at it!

During NAB 2019, German manufacturer bebob launched a new battery standard called B-Mount. B-mount batteries/chargers feature a new side-locking mechanism, but most importantly, they are 24V, compared to 12V for V-Mount/Gold Mount cells we all know.

Last year, ARRI made B-Mount their new battery standard to power cameras and LED lights, including their famous SkyPanel S30, S60, and S120 fixtures. However, things now seem to move a little quicker with the recent launch of the bebob B-mount lineup of products. Also, ARRI recently released a Tech Talk to discuss everything you need to know about this 24V battery standard.

So what makes B-Mount different from V-Mount or Gold Mount batteries that have been the industry standard for decades?

First, V-Mount and Gold Mount is a 12V system, whereas B-Mount is a 24V standard. In a nutshell, it means that B-Mount batteries are more efficient, and they can power cameras and LED lights that require much more energy. For example, the ARRI Orbiter draws 500W of power and can be powered via two B-Mount batteries.

Next, B-Mount features a new side-loaded and very sturdy battery mount. The battery release mechanism is located inside the battery and not the battery plate anymore.

B-Mount is an open standard and accessible for free to all manufacturers. If a company decides to make batteries, chargers, plates, and so on, they can base their design on ARRI’s standard B-Mount specifications.

V-Mount and Gold-Mount products all have different tolerances and data protocols, which is not the case with B-Mount. Indeed, 14.4V/28.8V Bi-voltage V-Lock batteries do exist – like the SWIT PB-H290S – but B-Mount has the purpose of unifying everything power-related.

We learned that B-Mount is not “only” a 24V system during the ARRI B-Mount Tech Talk. Some bi-voltage batteries can also power 12V products, depending on the manufacturer and product.

To do that, you’ll need to switch the B-Mount battery plate of your accessory/camera to a 12V one and use a compatible battery. What’s clever is that the battery plate can “tell” your battery which voltage to supply.

Even if bebob is the first company to release B-Mount batteries and accessories – that seems logical as they invented that standard with ARRI – many manufacturers should start releasing products soon, including Core SWX, FXLION, Hawk-Woods, IDX, SWIT, and so on.

ARRI is pushing hard to make B-Mount the new industry standard in the following years. Last but not least, there’s interesting “news” in this ARRI Tech Talk.

In the video above at 1:37, we learn that “the new camera that is coming this year from ARRI will be a B-Mount native camera” that “have really exciting image quality improvements.” Furthermore, it looks like ARRI “increased (demands for) resolution, color bit-depth, framerates” inside this new camera. I can’t wait to see what ARRI is working on.

What do you think about this new B-Mount battery standard? Do you think it’s worth starting investing in B-Mount powering solutions, or do you prefer waiting to see how it goes? Don’t hesitate to let us know in the comments down below!