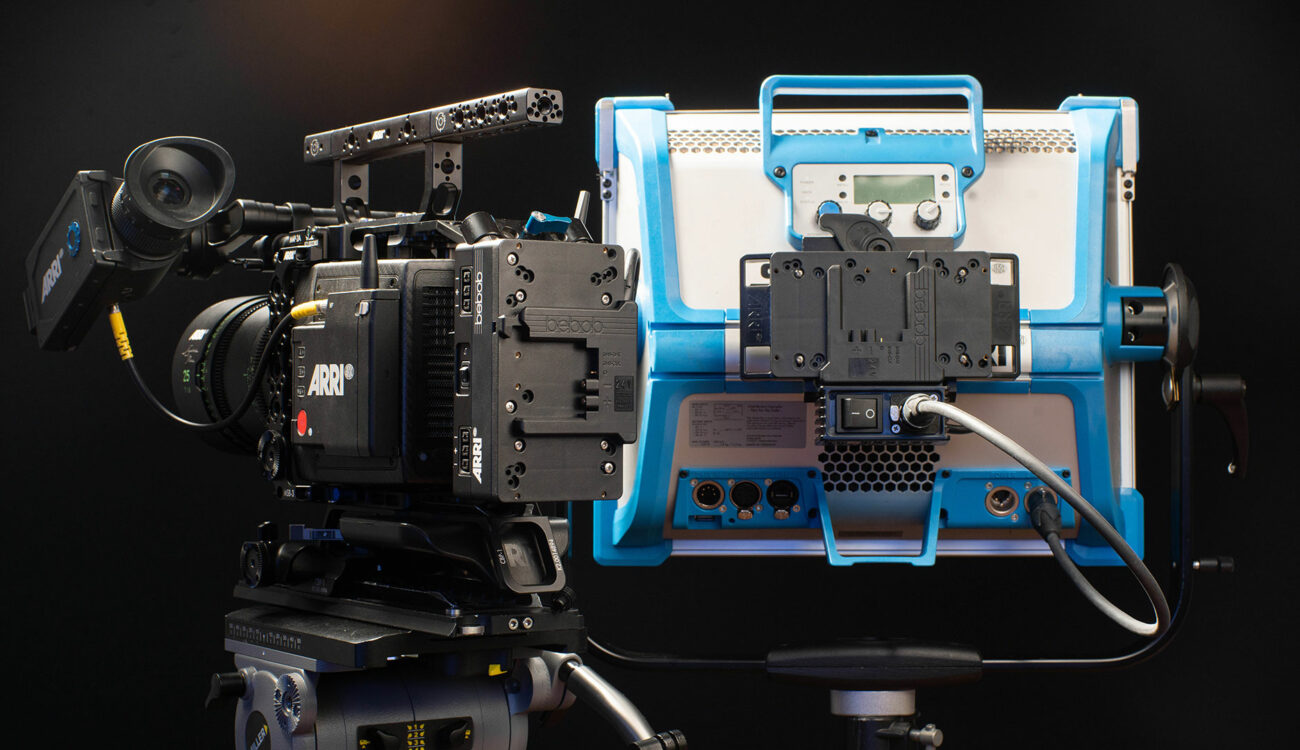 ARRI has just announced that they will endorse the B-Mount 12/24V battery interface as its new standard to power ARRI cameras and LED lights. This new 24V as “industry standard” has a potential for increased power by three times compared to 12V systems. Let’s take a closer look at it!

We all know V-Mount and Gold Mount batteries have been industry-standard for years and commonly used all over the world to power cameras and LED lights. But to our surprise, ARRI announced that they will make B-Mount batteries “our industry standard and will be using it in our cameras and lights from now on.”

B-Mount batteries are not entirely new. In fact, back in April 2019, during NAB, we already talked about these new batteries launched by German manufacturer bebob. This new battery standard solves three “issues”:

While this new B-Mount seems quite nice, it’s been a niche product since its announcement and nobody except bebob at the moment manufactured batteries/chargers/battery plates with a B-Mount.

ARRI is known for creating “industry standards” like 3/8-16″ mounting points with ARRI anti-twist pins, the PL mount in the 80s or the more recent LPL lens mount launched in 2018. But, making a product or new format an “industry standard” takes years of hard work and dedication to make filmmakers change their habits and invest in new gear.

To speed things up, ARRI now endorses B-Mount as its new universal 24 V battery industry standard. B-Mount will now be used to power all ARRI cameras and LED fixtures from now on.

But, don’t worry, you can adapt your current ARRI products with B-Mount plates or adapters available for all current ARRI cameras, as well as SkyPanel S30, S60, and S120 lights.

B-Mount, developed by bebob, is a documented and openly available new battery mount industry standard. Major battery manufacturers such as bebob, Blueshape, Core SWX, Fxlion, Hawk-Woods, IDX, and SWIT are developing B- Mount products, recognizing that modern digital cameras, accessories, and rigs often exceed the limits of existing power systems. LED lighting fixtures can also be powered by onboard batteries, so an industry-standard that accommodates both cameras and lights offers great advantages, opening up new possibilities for fast and efficient mobile shooting.

Issues with camera systems can often be traced to battery capacity limits. A new 24 V industry standard with high capacity offers a future-proof solution for the growing power demands of professional camera and lighting systems. The potential for increased power is three times greater with B-Mount than traditional 12 V systems.

By establishing an open, international industry standard that meets customers’ needs and is compatible across all manufacturers, the B-Mount will enable productions to source batteries locally, rather than transporting them. With battery transport restrictions getting stricter, this will save production time, money, and effort. At ARRI we fully endorse the B-Mount industry standard and will be using it in our cameras and lights from now on

This is an interesting move from ARRI that will take some time to become a new standard, as well as a lot of efforts from every power-solution manufacturers to create and launch B-Mount batteries. Time will tell, if ARRI can change the entire V-Mount/Gold-Mount ecosystem.

What do you think about the B-Mount battery mount? Do you see it become a new industry standard and replace all your V-Mount/Gold Mount batteries? Don’t hesitate to let us know in the comments below!