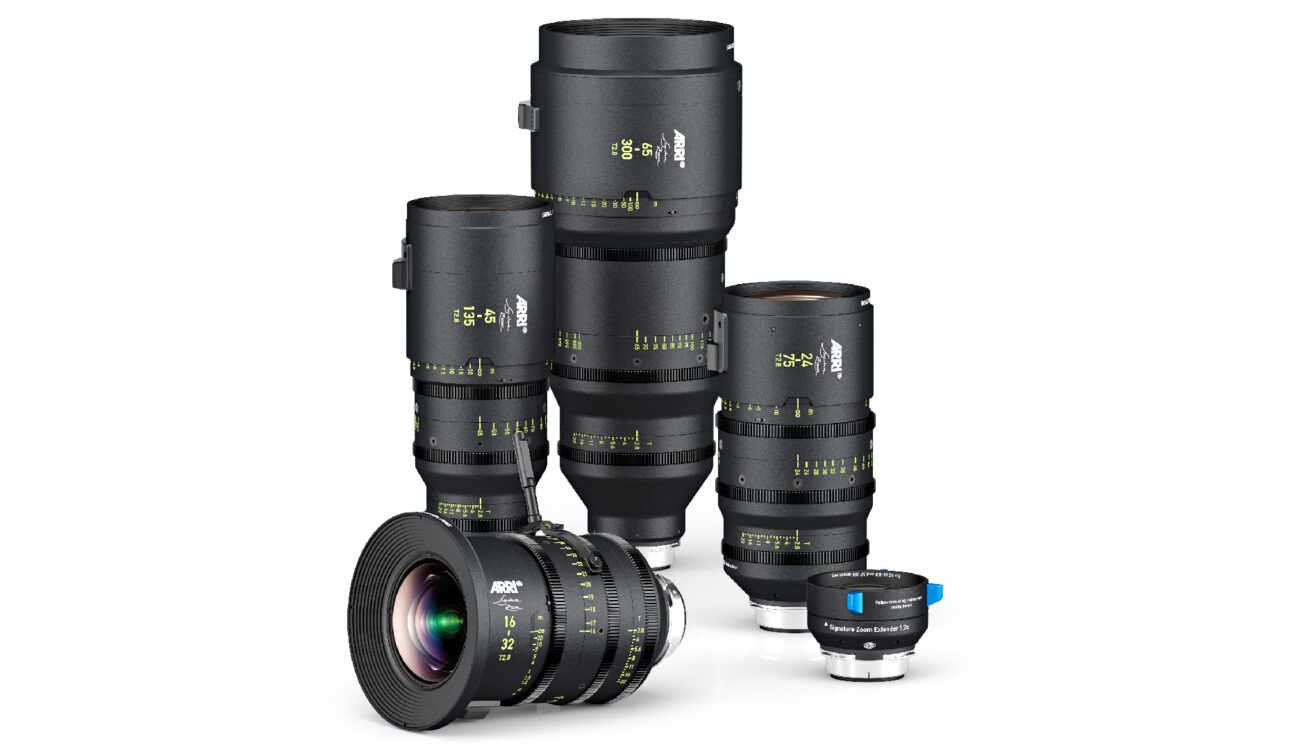 The four newly announced ARRI Signature Zoom Lenses come with the LPL lens mount and include the following focal lengths:

Just like the ARRI Signature Primes, the new Zooms also cover large-format sensors. They offer a fast stop of T2.8 across the whole focal length (from 16mm up to 510mm) and image consistency across all of the lenses.

According to ARRI, the Signature Zooms balance the requirements of a very high optical performance, pleasing look, and lightweight mechanical design. The look should be similar to the Signature Primes – you can judge the look of the new lenses in one of the two promotional short films that ARRI released along with them.

According to ARRI, the fact that the look is not based on aberrations of any sort means easier HDR and UHD workflows, which tend to exaggerate the aberrations of other lenses and create problems in post.

What do you think about the new ARRI Signature Zoom lenses? Do you have experience working with the Signature Primes? Do you like the look? Let us know your thoughts in the comments underneath the article.