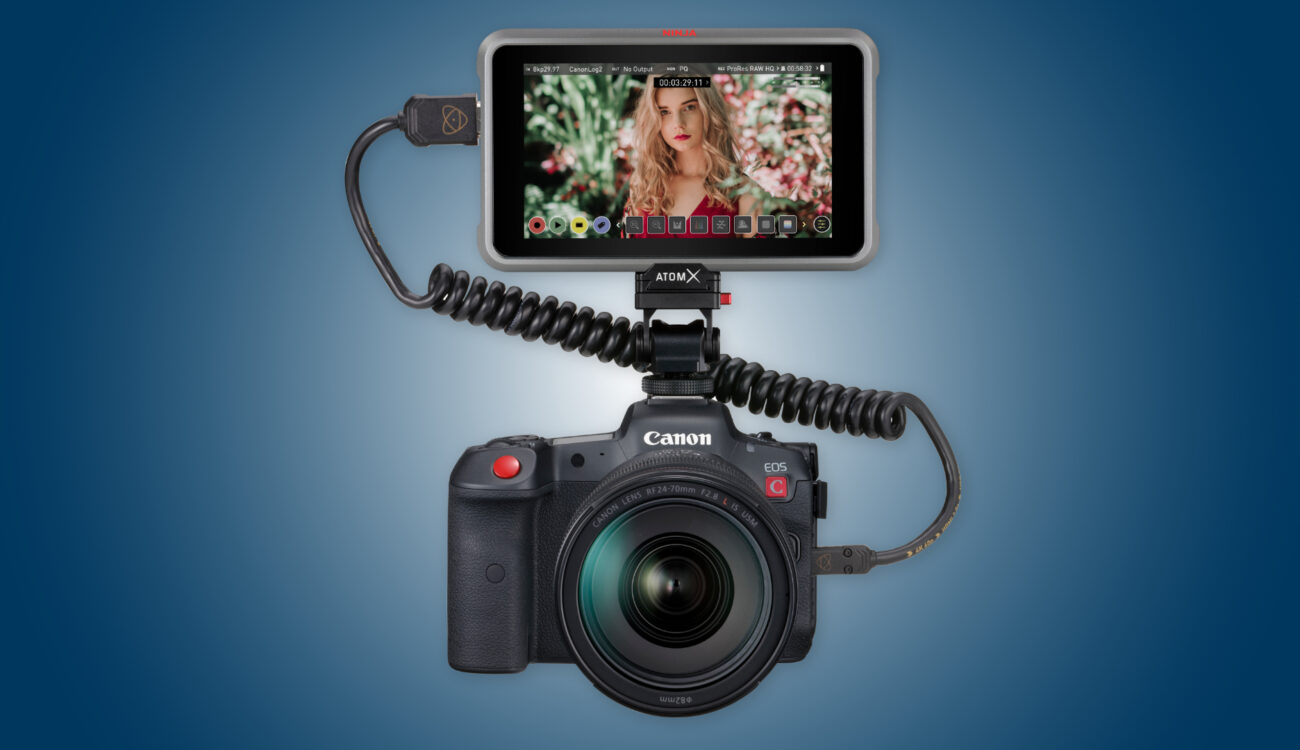 ATOMOS has just announced that the NINJA V and NINJA V+ will support for a broad choice of RAW formats from the new Canon EOS R5 C camera. Of course this includes recording of Apple ProRes RAW 8K at 30fps with the NINJA V+.

Both models (the Ninja V came out in 2018!) will support recording various RAW formats served via the EOS R5 C HDMI terminal.

The built-in LTC input on the EOS R5 C means it is very well suited for multi-camera productions. It can be used in combination with the ATOMOS UltraSync One, for example. The technology is also compatible with the AtomX SYNC module for the NINJA V / V+, which means it can be wirelessly synchronised to a range of devices.

From the press release:

Our partnership with Canon has produced a remarkable advance in what we consider possible with small form factors cameras. The combination of the new Canon EOS R5 C and the Atomos Ninja V+ to record 8K ProRes RAW represents the kind of innovation we know our customers are looking for. We’re excited to discover how they will find new opportunities with these tools to create even more incredible films.

ATOMOS now offers Apple ProRes RAW recording for over 30 cameras, which according to ATOMOS “further cements its position as a leading standard across the industry”.

Granted, 8K may seem rare today. But ATOMOS has a point here: “filmmakers understand that such a large image not only provides a method of future-proofing their work, but also creates a range of flexible options in post for HD and 4K films.”

What do you think? Would you buy an EOS R5 C in combination with a (maybe already existing) Ninja V/V+ to improve your workflow? Share your thoughts in the comments below!