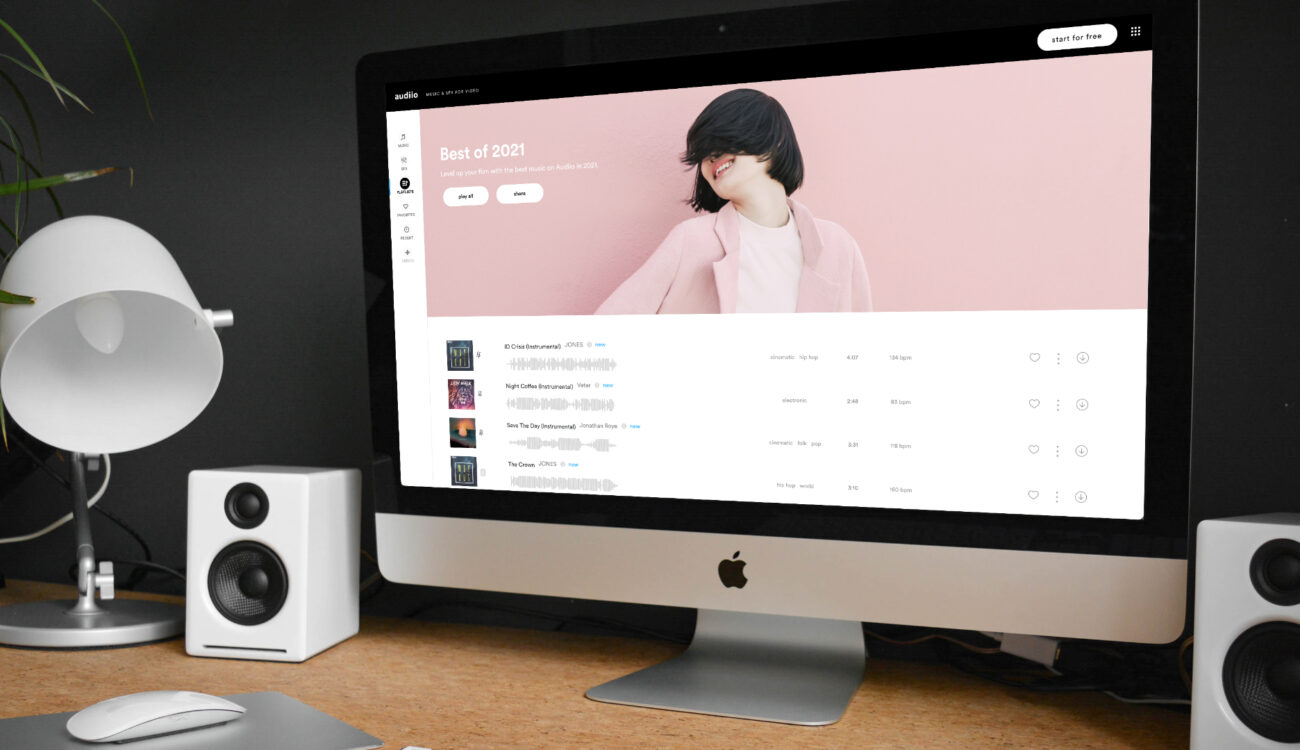 Once principal shooting is wrapped up, post-production begins and with it one of the major pain points of modern indie shooters: music licensing. Audiio.com has just launched a new subscription service called Audiio Pro to help ease that pain. It’s an all-inclusive, all-covering music and sound fx licensing subscription tier that takes the hassle out of music licensing. Let’s take a quick look listen!

Music licensing is not exactly a topic that people like to deal with. Questions like “On what platform will this video be released?”, “How many viewers will see it?”, “Will it be broadcast? And if so, in which countries?” come up again and again, and often the creators don’t know exactly how successful a particular piece will be, whether it might even be broadcast or just eke out its life on YouTube.

Audiio Pro tries to tackle this state of uncertainty with a rather unique service: all the music and sound FX found on their platform are fully licensed for anything you might do with your video. Clay Jones, co-founder of Audiio puts it like this:

The lines between distribution platforms like television and internet streaming are becoming more blurry every day and music licensing needs to evolve at the same rate technology is evolving. With Audiio Pro, Creators now get access to some of the highest quality music available and with a single-click download they are free to distribute everywhere.

The Audiio.com platform is not new, it has been around for quite a while (see our coverage here and here). What is new is the Pro in the latest Audiio Pro subscription tier. It offers an all-inclusive licensing model that covers everything you can imagine:

The two bullet points that stand out here are Broadcast Television and Any future video platform. Broadcast TV is not usually included in music licensing platforms, so this is definitely a nice feature. But what if you’ve licensed music for a video you uploaded to YouTube and now you want to move all your videos to another video platform? Well, Audiio Pro has you covered, as their licenses include all other (and future) video platforms as well. Neat!

Audiio Pro is a subscription-based service and costs $16.60/month ($199/year). For that, you get access to the entire music and sfx catalogs and a perpetual, lifetime license for each download. That’s pretty cool, since it basically means that even if you cancel your subscription in the future, all the content you download is still available to you.

The Lifetime-labeled tiers are still available, so it’s up to you which one you want to get. If you create a lot of videos and want to be sure that each license will work regardless of the number of views and/or platforms used, this new Audiio Pro tier might be a good choice for you.

What do you think? Could this license-once-and-forget model be something that works for your projects? Share your thoughts in the comments below!