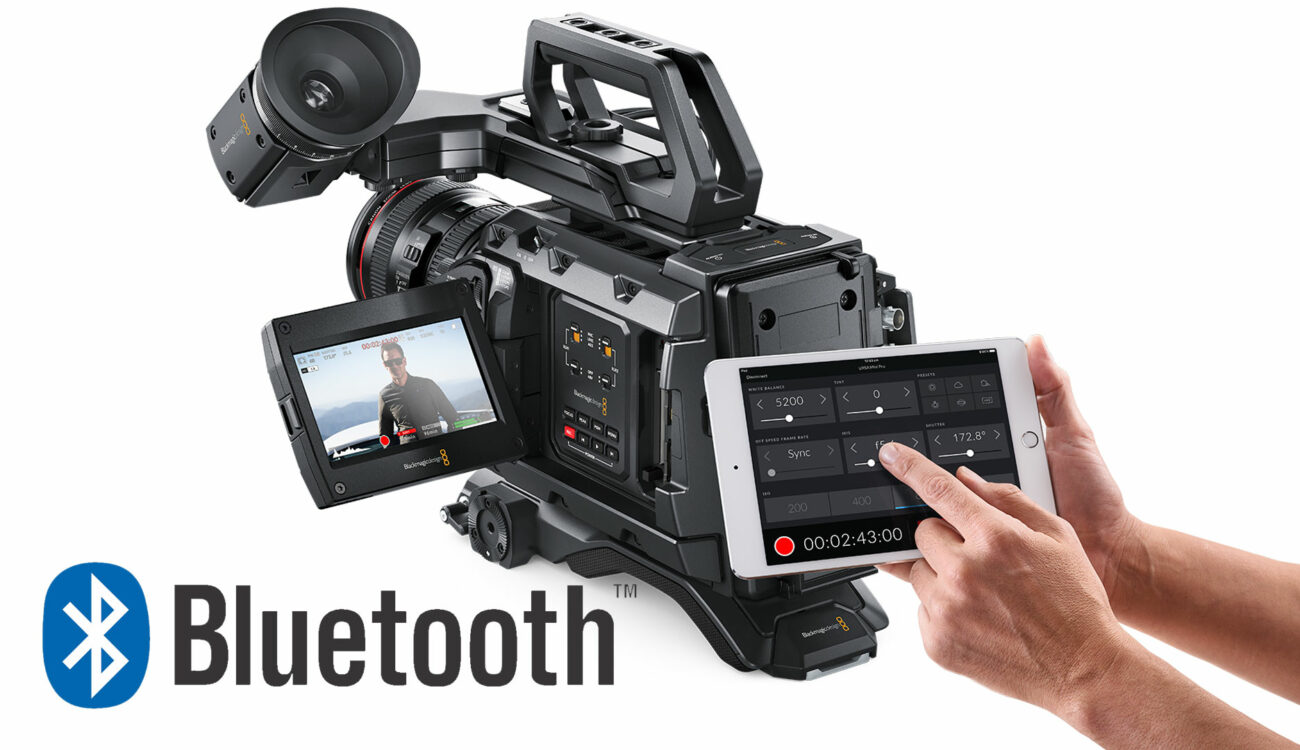 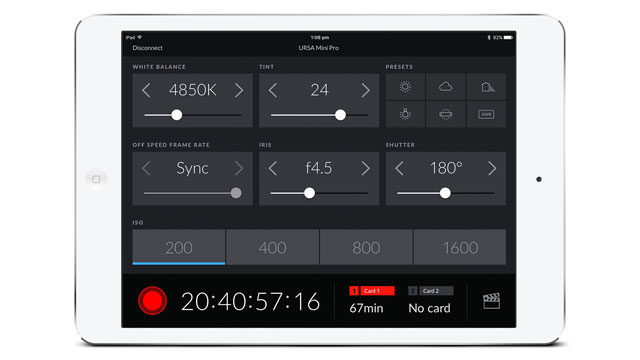 With the latest Camera 4.4 update, Bluetooth camera control of the URSA Mini Pro is now possible. This allows users to remotely control the camera via an iOS app, and access settings including white balance, aperture, shutter angle, record stop/start, as well as adding metadata through the digital slate, and more.

This is a completely free update, as is the Camera Control app which can be downloaded form the Apple App Store.

The Camera Control app can operate the camera from a distance of 30 feet, which is useful for remote or multiple camera setups. Blackmagic Design have built the app as an open protocol so that developers can create their own camera control interface.

The Camera 4.4 update also offers improved digital slate functionality and improved zebra stripe overlays for the URSA Mini 4K. For the URSA Mini Pro cameras, the Bluetooth functionality adds a new preset timecode option, as well as compatibility with the Canon 18-80mm T4.4 for iris control, record triggering and focusing. Improved PL, EF and B4 support has also been included too.

Will you be using the new Camera Control App for the URSA Mini Pro? Let us know in the comments.