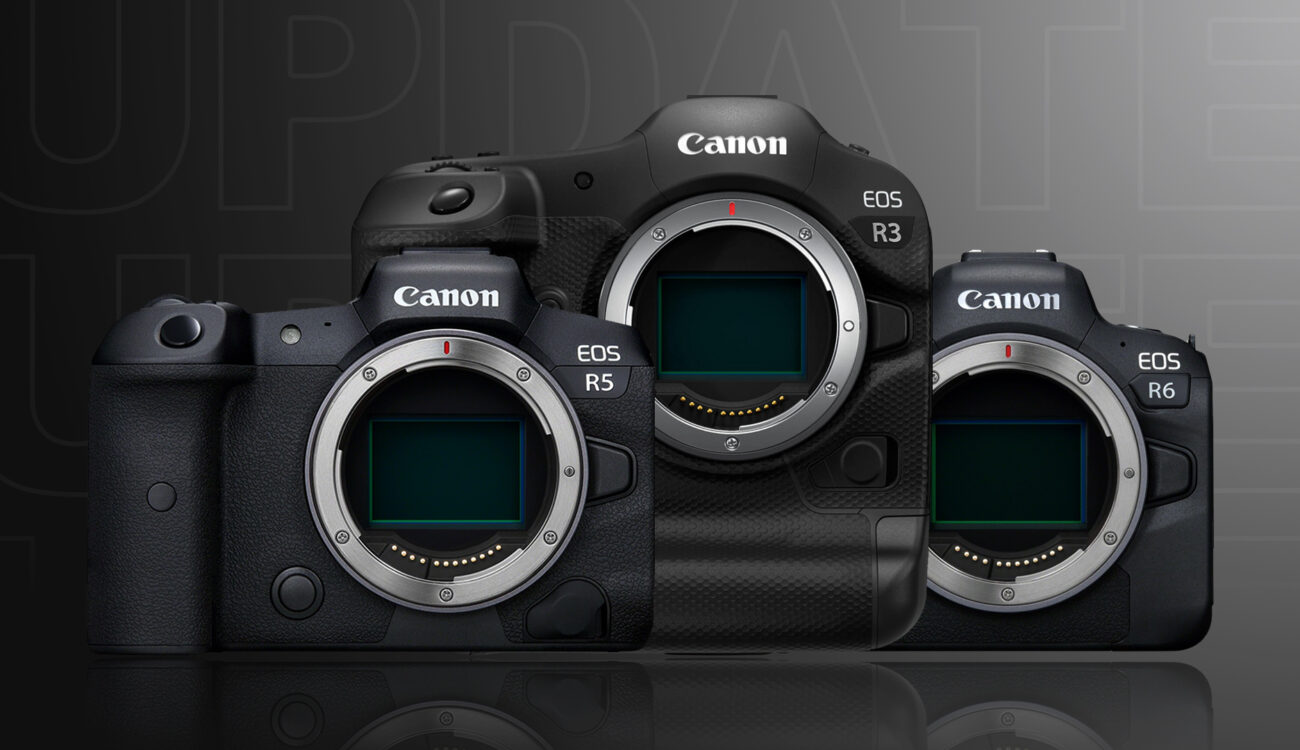 Canon has recently rolled out new firmware updates for three of their top-of-the-line mirrorless cameras. With firmware v1.2.0, the EOS R3 gains 195fps in stills mode and FullHD 240fps recording capabilities. The EOS R5 should now offer longer video recording times, while the EOS R6 gets some minor improvements. All updates are now available to download for free.

Two months ago, the Canon mirrorless ecosystem saw the introduction of the EOS R7 and R10, the first two family members to feature an APS-C sensor. However, the company has also been busy developing new firmware updates to strengthen the capabilities of its high-end full-frame cameras, namely the EOS R3, R5, and R6.

The latest updates introduce minor fixes for all cameras, add the ability to convert multiple HEIF images to the widely-adopted JPEG format, and bring enhancements to the “Movie Digital IS” function. But most importantly, they come with interesting new features that are specifically designed for each camera model. Let’s take a closer look.

First announced in September 2021, the Canon EOS R3 should now be slowly reaching the hands of customers after a series of delays. Although the camera already packs amazing stills and video functions, the latest firmware (v1.2.0) really makes it a master of speed.

Indeed, a new Custom high speed continuous Drive mode now allows users to take stills with blazingly-fast frame rates, ranging from 30 up to 195fps. This is possibile while shooting at full resolution in either RAW, HEIF, or JPEG formats.

Furthermore, the camera sees the addition of high frame rate video recording in FullHD up to 239.76fps as well as a new time-lapse movie recording mode. Here’s a full list of improvements for the EOS R3.

Upon release, the EOS R5 was widely criticized for its overheating problems. Canon tried to rapidily come up with a fix by releasing firmware 1.1.0 (check out Johnnie’s review here), but also by introducing the video-centric EOS R5 C, which features an active cooling system. Now, the company is trying to further expand the camera’s video recording times with the addition of an Auto Power Off Temp.: Standard/High option to the menu.

According to Canon, setting it to High should prevent the EOS R5 from shutting down as the temperature of the body and memory card increases. However, the manufacturer warns that the bottom of the camera may become hot.

Last year, firmware v1.4.0 added Canon Log 3 to the EOS R6, along with the ability to simultaneously record videos on both SD cards. Now, we got to firmware version 1.6.0.

Just like with the EOS R3 and R5, it introduces some minor fixes and enhances the “Movie Digital IS” function. According to Canon, this can come in handy for selfie-style recording, and when shooting videos with a wide lens while walking. Finally, the camera can now convert multiple HEIF images into JPEG.

The new firmware updates for Canon’s EOS full-frame mirrorless cameras are now available to download from the manufacturer’s website free of charge via the following links:

Do you own a Canon EOS R3, R5, or R6 mirrorless camera? What new features are you most excited about? Let us know your thoughts in the comment section below!