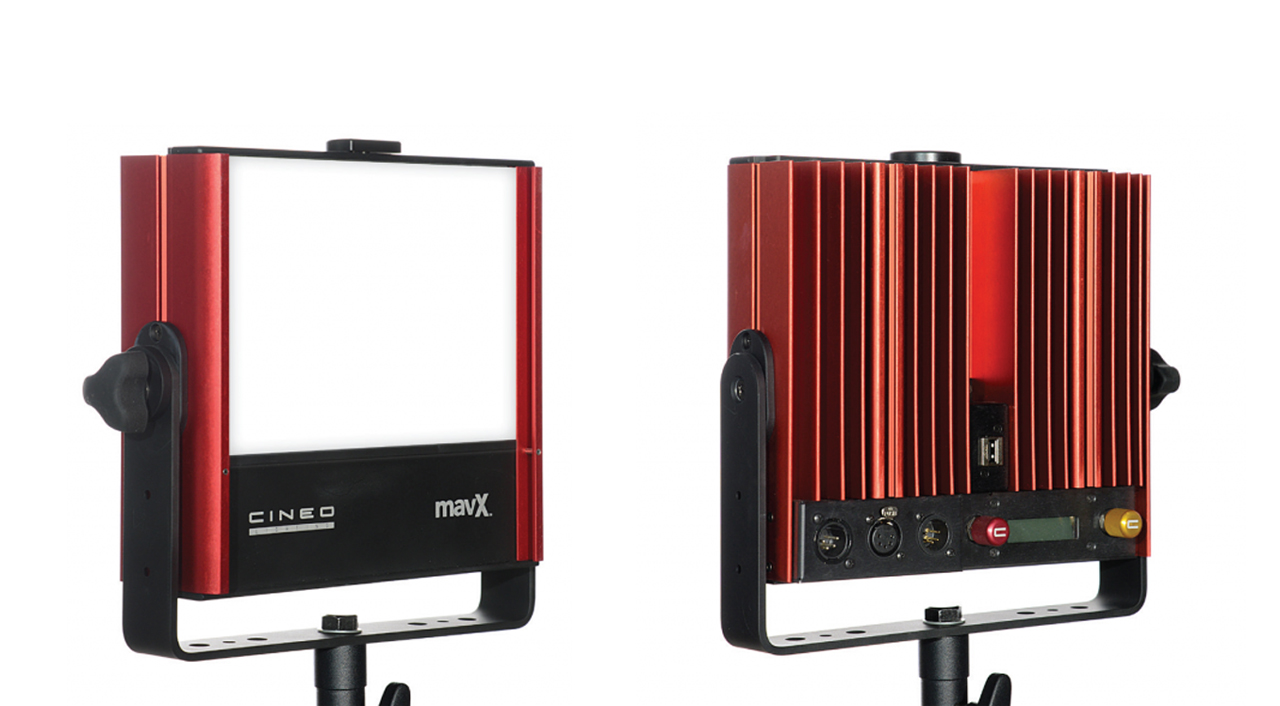 Cineo has announced a new addition to their mid-power LED lighting range. The Cineo MavX takes all the advantages of the colour-accurate low power/output ratio of remote phosphor technology, now with the ability to tune in color temperature.

Cineo has been a big player in remote phosphor technology for sometime. Rather than a traditional LED fixture that relies solely on the light emitting diodes for illumination, RPT (Remote Phosphor Technology) utilizes a phosphor layer that reacts by illuminating when met with high-frequency wavelengths such as the blue LED arrays that Cineo lighting use.

Cineo are better known for their HS range, offering fantastic light power/output ratio and color accuracy. Along came the Cineo Maverick sometime after – a smaller mid-power fixture said to match the output of a traditional 1K soft source (if there is such a thing).

Like the HS range, you can alter the color temperature of the Maverick by switching out the front panel. However, the newly-announced MavX offers full color-tunability from 2,700k to 6500k, with accurate presets for 3200K,4300K and 5600K. This makes for a very nice and compact, bi-color, colour-accurate fixture.

The Cineo MavX is DC powered with AC adaptor, and can therefore run off batteries and mains; V-lock and Gold Mount battery plates are available.

It can be controlled via DMX for brightness and color, is completely flicker-free in operation and has a 150° light spread.

Furthermore to its features list is its SmartPower Control during battery operation. It has the ability to run at a consistent light output level as the voltage of your battery decreases, meaning your light source will not change in brightness over the course of a battery cycle.

Cineo provide an extended CRI scale for the MavX performance at 3200K and 5600K: 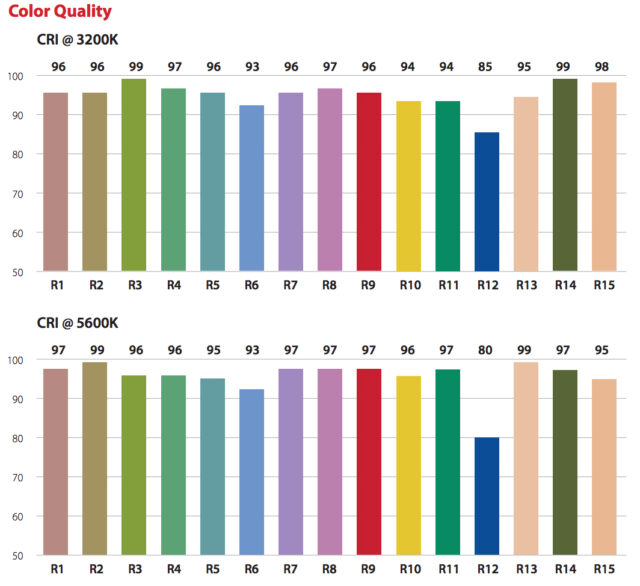 Cineo also give some information on light output, something I think is critical for all light fixtures. This is proper information that goes beyond comparing the fixture to “the output of a traditional 1K soft source”:

From this, I can actually compare it to other fixtures. For example, against a Litepanels Astra (another DC powered, high output, bi-color, soft LED fixture), the MavX falls a little short in terms of output, but it’s a trade off for better color accuracy.