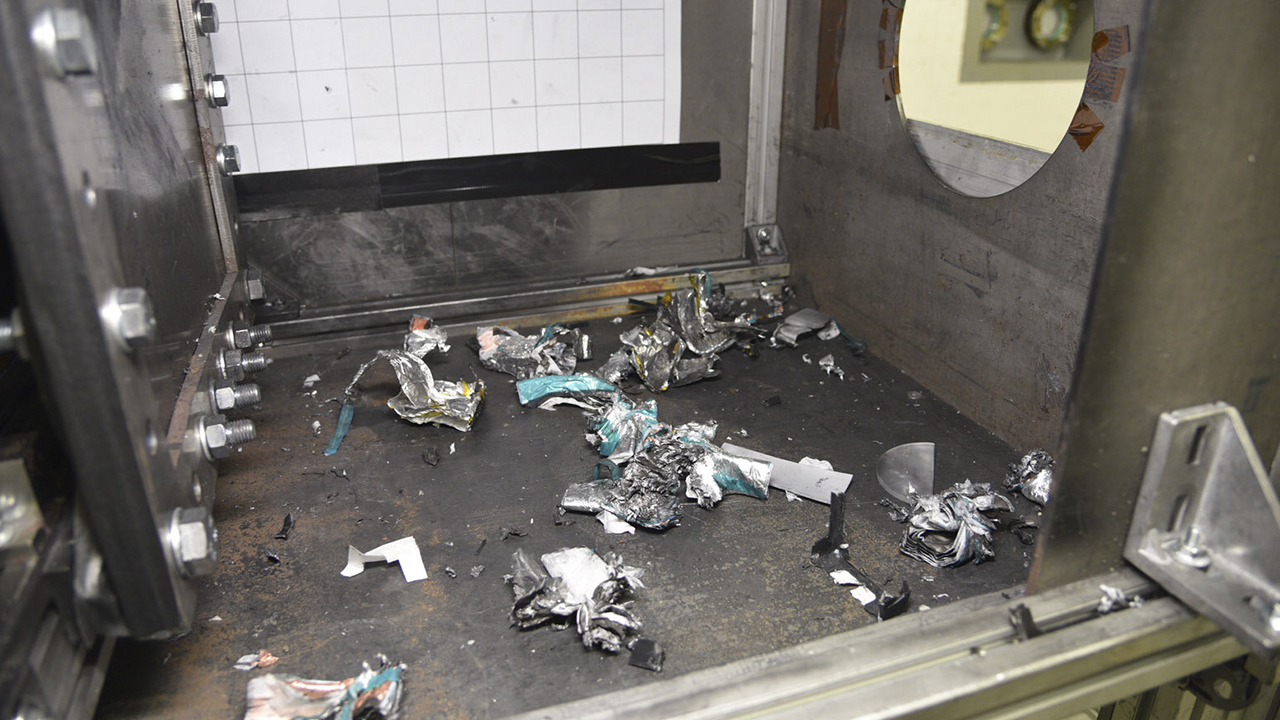 Earlier this year, a drone paralyzed the entire Gatwick airport. But what happens if a drone hits a plane? There are various opinions around this subject, they range from “minimal risk” (like a bird hitting a plane), all the way to “total disaster”. Fraunhofer Institute in Germany ran some studies to solve that question. 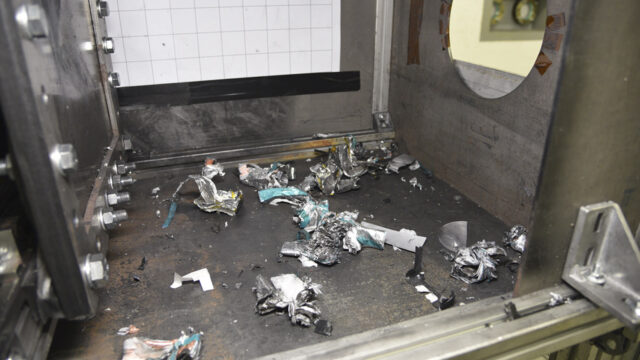 Drone Crash Against a Wall?

The drone business has become enormous, and security concerns regarding their usage are continuing to grow. One of the best examples is the introduction of many “no-fly-zones,” but they are not unbreakable. Every year new rules and new regulations are popping up all over the world, often inconsistent. These rules are trying to solve security and safety issues, especially regarding the air traffic in the sky between drones and airplanes.

A German research institute – Fraunhofer EMI – is trying to simulate real impact scenarios between a drone and a plane. To do that, they built a unique test bench. In this bench, they threw a drone with a maximum three kilograms at various speeds – up to 500 Mph – against an eight millimeters thick aluminum plate. And the results are pretty scary.

No surprises, the drone ends up in a million pieces. The Fraunhofer EMI states:

There were substantial deformation and indentation of the plates, and the drone battery and engine were completely destroyed. Tests in this weight class of drone have never been carried out before.

These drone crash tests will be useful for aviation authorities and regulations. This kind of analysis has never been run before. But it also lifts another question, what happens if a drone ends up in one of the turbines of an aircraft?

Drone Crash in a Jet Engine

The only result I was able to find is three years old. In 2018, researchers at the University of Dayton Research Institute did a collision test between a DJI Phantom 2 and an airplane reactor. The least we can say is that neither the drone nor the aircraft won the battle.

A drone is mostly made out of plastic and electronics; the real problem and damages in these tests are caused by the lithium-ion battery that explodes. Yet, more tests need to be run about this as the results are inconsistent and there are too many variables that can influence the outcome.

Yet, while being aware of the dangers, and of course the obligation to fly safely and responsibly with our drones, we shouldn’t get too paranoid about these results and tests. A drone crash against an airplane is extremely rare, and there is no evidence of a plane crashing or being severely damaged by small drones (yet).

What do you think about these drone crash results? Do you take extra precautions near an airport? Let us know in the comments!