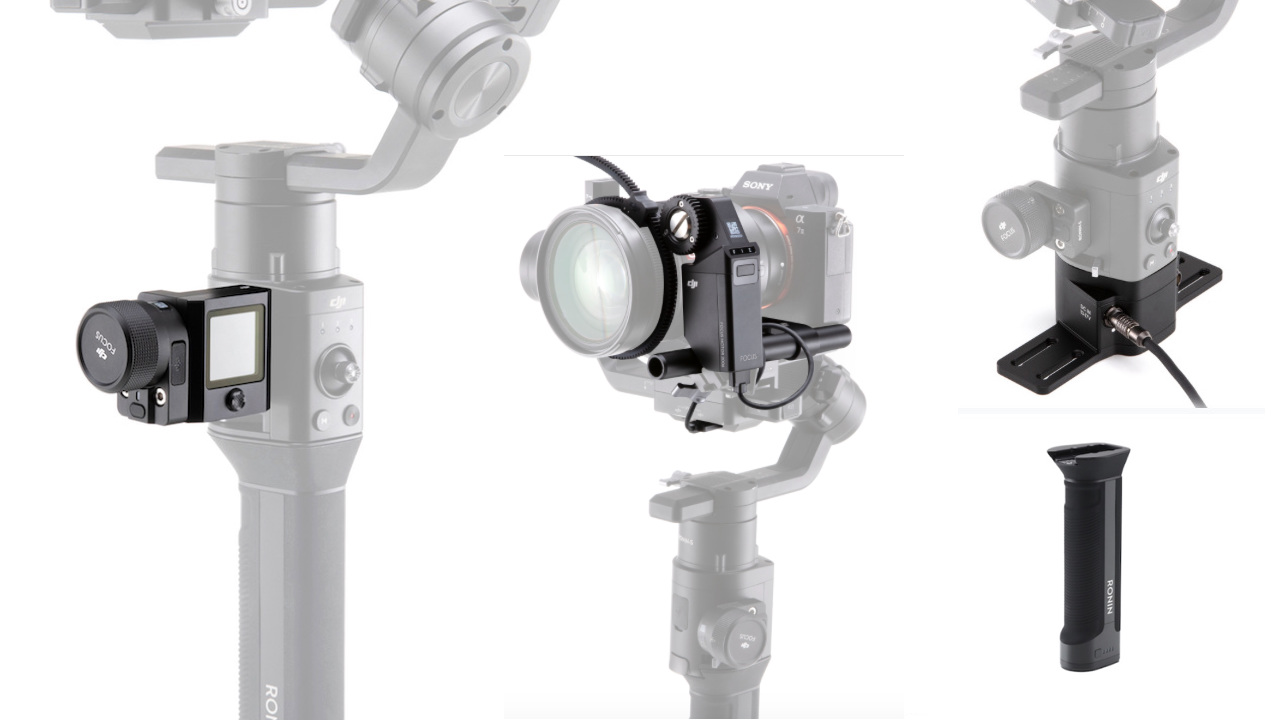 DJI just announced new accessories for the DJI Ronin-S, their one handed gimbal that took the market by storm since its release earlier this year. We’ve covered and extensively reviewed the DJI Ronin-S, with its before. The accessories DJI is releasing right now promise to make the gimbal even more useful than it already is. Let’s have a look.

So let’s recap a little: the DJI Ronin-S came out earlier this year and kind of redefined what one handed pistol-grip style gimbals could and should do. With a load capacity of 7.9 lbs / 3.6 kg, 12 hours of battery life, first in class build quality and the whole ecosystem and know-how of DJI’s tracking and time-lapse features behind it, it left little to be desired. DJI had actually announced that they would expand the gimbal’s ecosystem of accessories very soon and this is their first batch of accessories to come out: 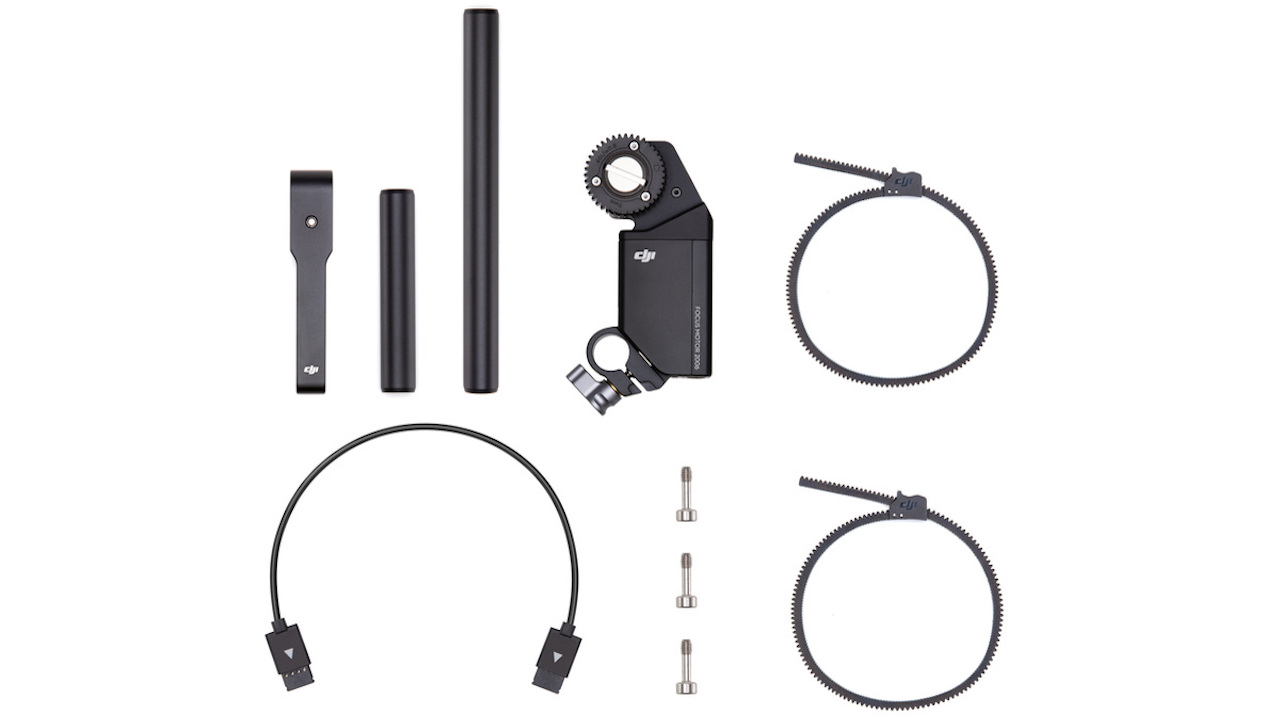 The Focus motor fills a need many users may feel among the currently available accessories for the DJI Ronin-S. While the Ronin-S comes with a great focus wheel attached to it, the support by camera manufacturers hasn’t been overwhelming. At this point the GH5 was the only camera to reliable be able to utilize it. Not only will the Focus Motor change that, it will also open up options for using manually focussing lenses with the Ronin-S. The DJI Focus Motor comes with a cable that attaches to the Ronin-S’s base, a rod mount attachment, two 15mm rods of different lengths and to focus gear rings, as well as a few screws to secure all that. 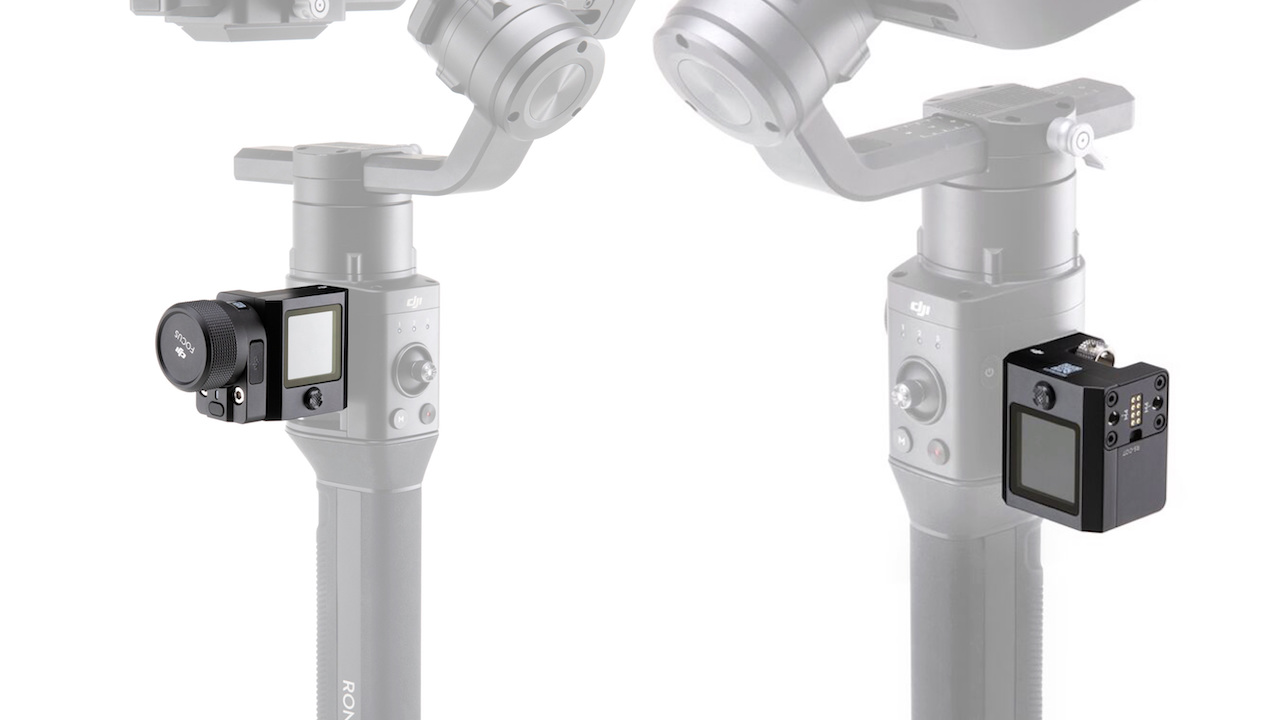 The Ronin-S packs a lot of functionality. As is the case with the DJI drones, support through DJI’s apps is needed to utilize the more complex functions (like motion time lapses) the Ronin-S offers. The Command Unit however somewhat alleviates that dependance on the smartphone application. It consists of a small display and a 5 direction pad. Users can change parameters, even while recording, you can switch between modes and access the Create functions. The DJI Command Unit can be mounted on either side of the Ronin-S’s hand grip, either with the Focus Wheel attaching to the Command Unit itself, or having one of them on each side. 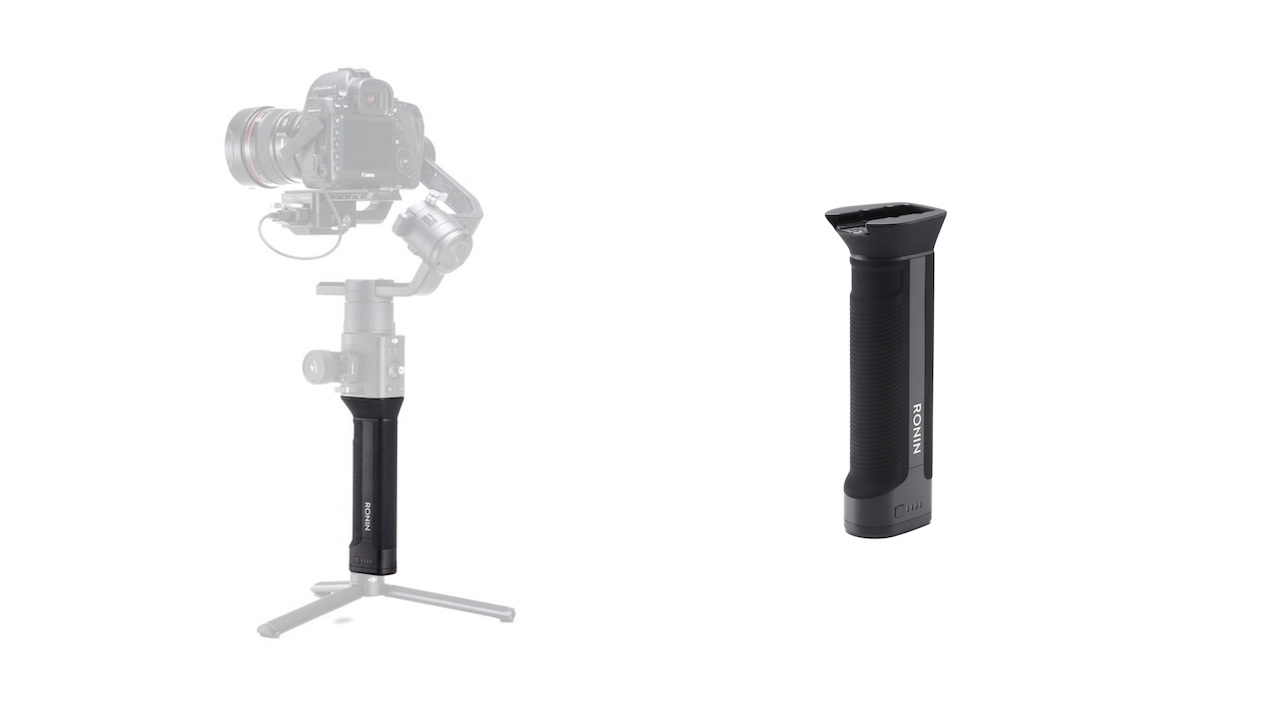 Some have criticized the fact that the Ronin-S doesn’t have removable batteries. Practically of course that won’t be a problem in most cases with the battery lasting 12 hours. Now with the release of the new accessories, like a the Focus Motor, Command Unit and GPS attachment being releases, DJI has done the next best thing to having interchangeable batteries: the Ronin-S BG37 is a battery grip that can be swapped with the standard grip, to give you the same capacity of 2400mAh, for a runtime of another twelve hours. 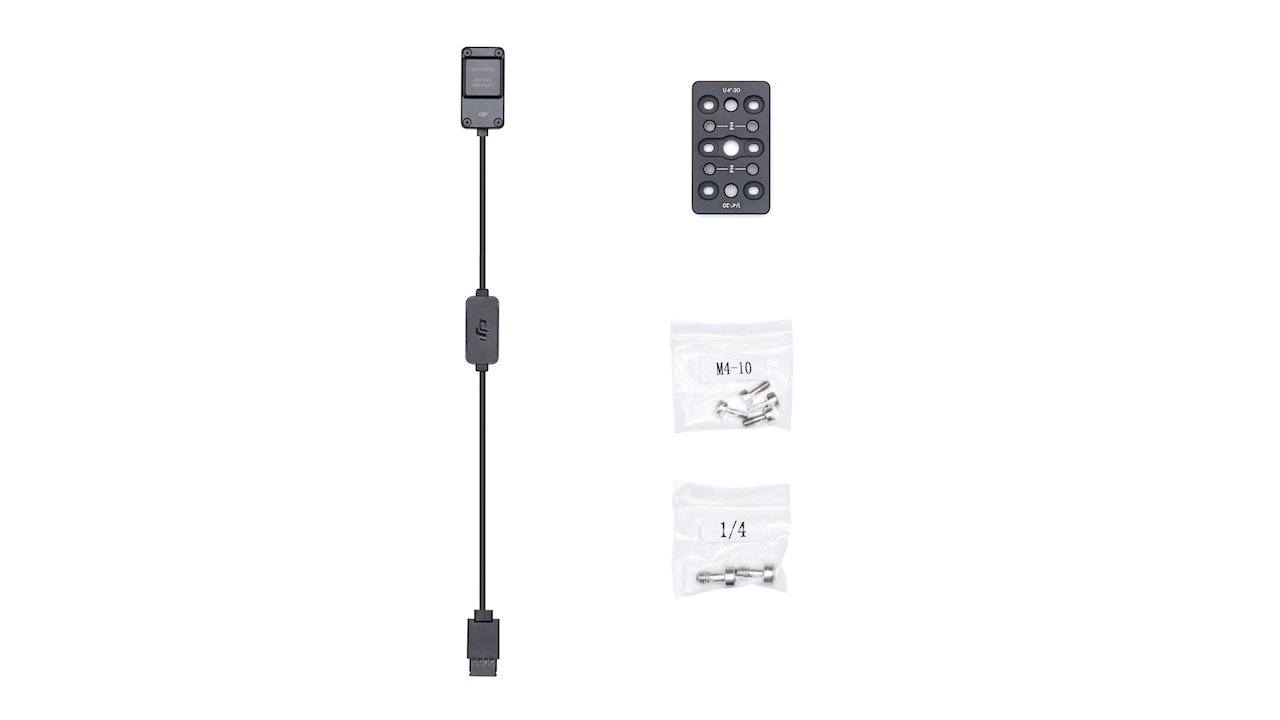 The Ronin-S can sustain stabilization at speeds of up to 43 mph / 70 kmh. If that isn’t enough for you and you absolutely need to go faster or bumpier, the GPS Module promises to help. It’s supposed to increase stability particularly during those gnarly phases of acceleration or deceleration and make the Ronin-S less reactive to sudden movements or bumps. 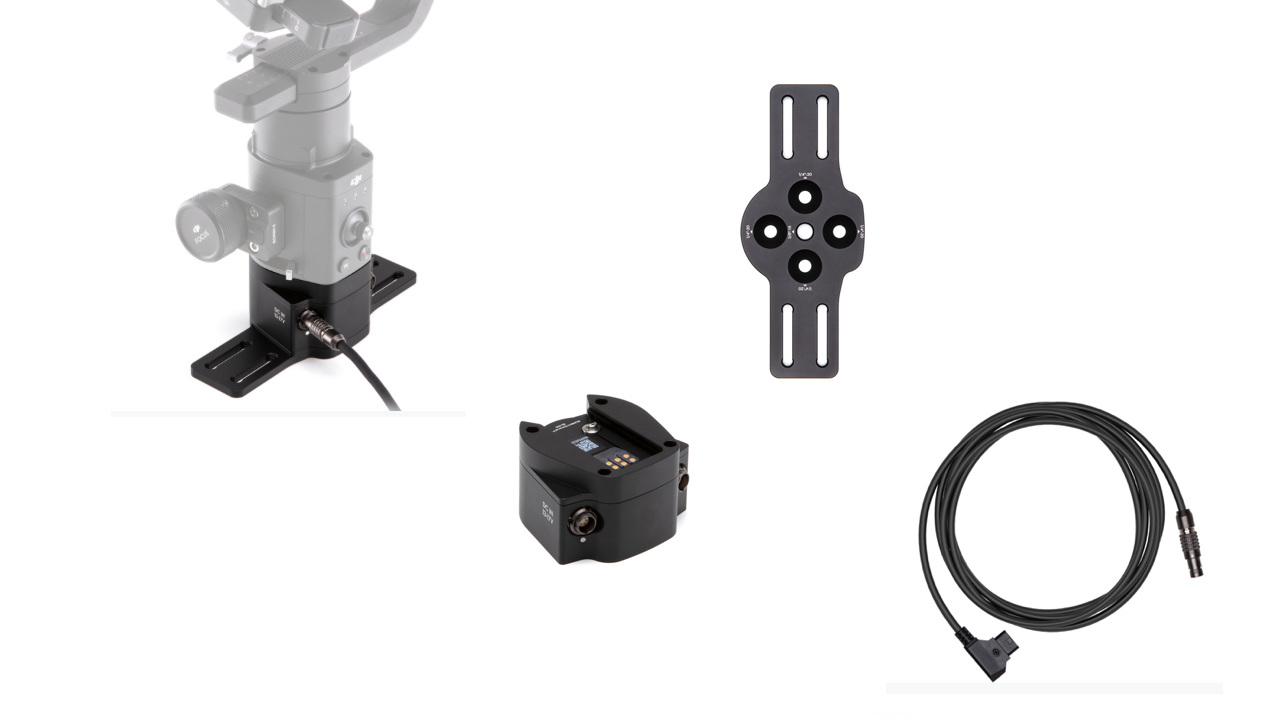 Want to mount your Ronin-S to a car, crane, jib, cable cam system? The Universal Mount is here for you. It can be attached to any kind 1/4“ mounting point. With the grip gone, you can power the Ronin-S via two independent DC-IN ports with a Dual TB50 Battery Mount, a high performance DJI battery system sold separately or any 12-17V power source. 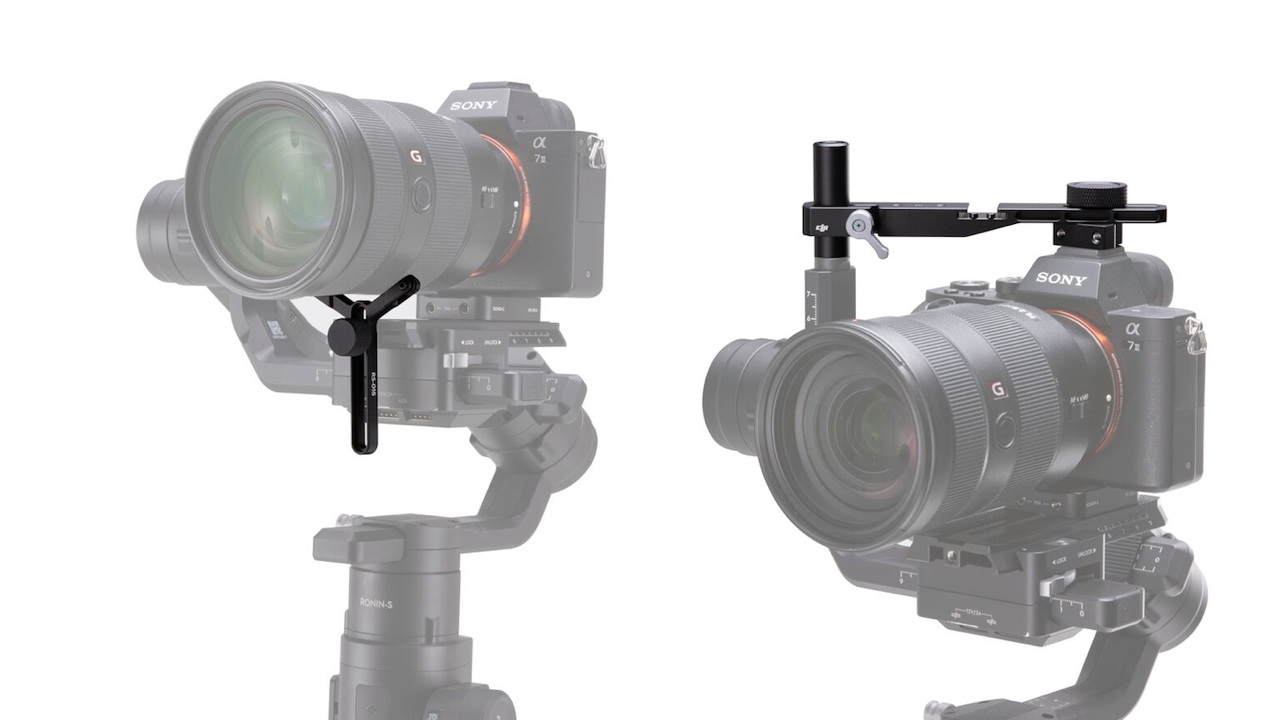 The Ronin-S suffers the same fate most gimbals do when you attach a really long lens. Suddenly the high overall load capacity doesn’t matter, because you have to move the camera so far back, that balancing comes at the cost of decreased tilting mobility. The Lens Support and Hotshoe Bracket could help that situation (within reason of course – you’ll probably still not be able to attach an really long cine zoom). 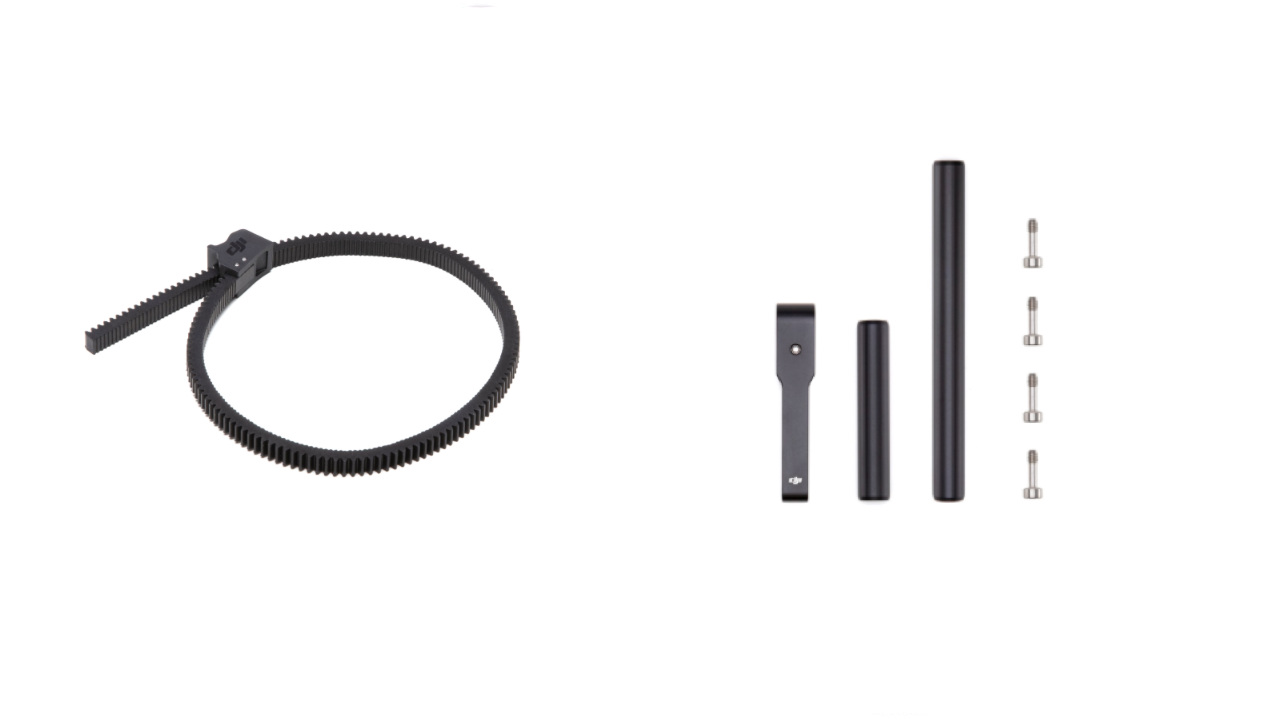 Additionally you will be able to purchase the Rod Mount for the Focus Motor as well as a Focus Gear Strip separately as well.

All accessories are available now, through DJI’s online store, DJI Flagship Stores and authorized resellers. Get them here:

In case you missed it, here’s our full review and tutorial of the Ronin-S

How do you like DJI’s new accessories? What would you use them for? Let us know in the comments!