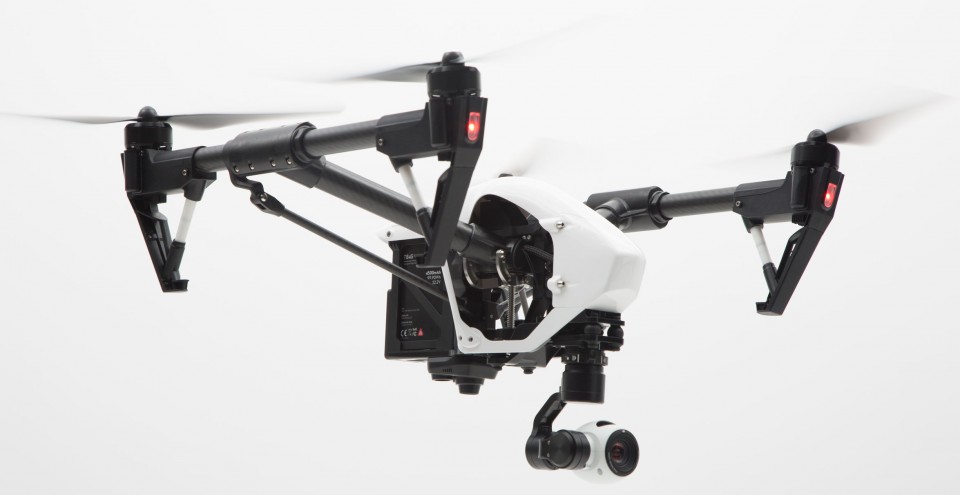 Drone manufacturer DJI the maker of the popular Phantom family, unveiled the new DJI inspire 1, featuring a dedicated camera with 4K video recording capability. The camera supports both DCI “Full” 4K (4096 x 2160) in 24 and 25p, as well as UltraHD 4K (3840 x 2160) in 24, 25, and 30p—making the Inspire camera the first dedicated flight camera with 4K capability. The camera also takes 12-megapixel stills in compressed JPEG and RAW DNG, and can record 1080p and 720p video at up to 60 fps.

Besides of having a 4K camera on board, here are some more highlights of the new product:

-LIVE HD VIEW (A real-time feed from your Inspire 1’s camera is displayed in 720p HD on your mobile device giving you a view of what the camera sees to frame your shots). This is made possible by an all new and improved version of DJI’s Lightbridge technology which can transmit video from up to 2km away.

-VISION POSITIONING SYSTEM (This technology allows the Inspire to hold its position, stop when the controls are released, and respond to your commands even when GPS is unavailable).

-INTELLIGENT POWER MANAGEMENT SYSTEM (Advanced algorithms calculate the distance of your aircraft and estimated time to return home, letting you know when it’s time to fly back).

An interview with one of the drone developers (taken from http://www.theverge.com/)

skynamic.net from Germany took the DJI inspire 1 for a “test drive” and shared their footage:

As always, we advice checking the low in your country before attempting flying one of those devices.