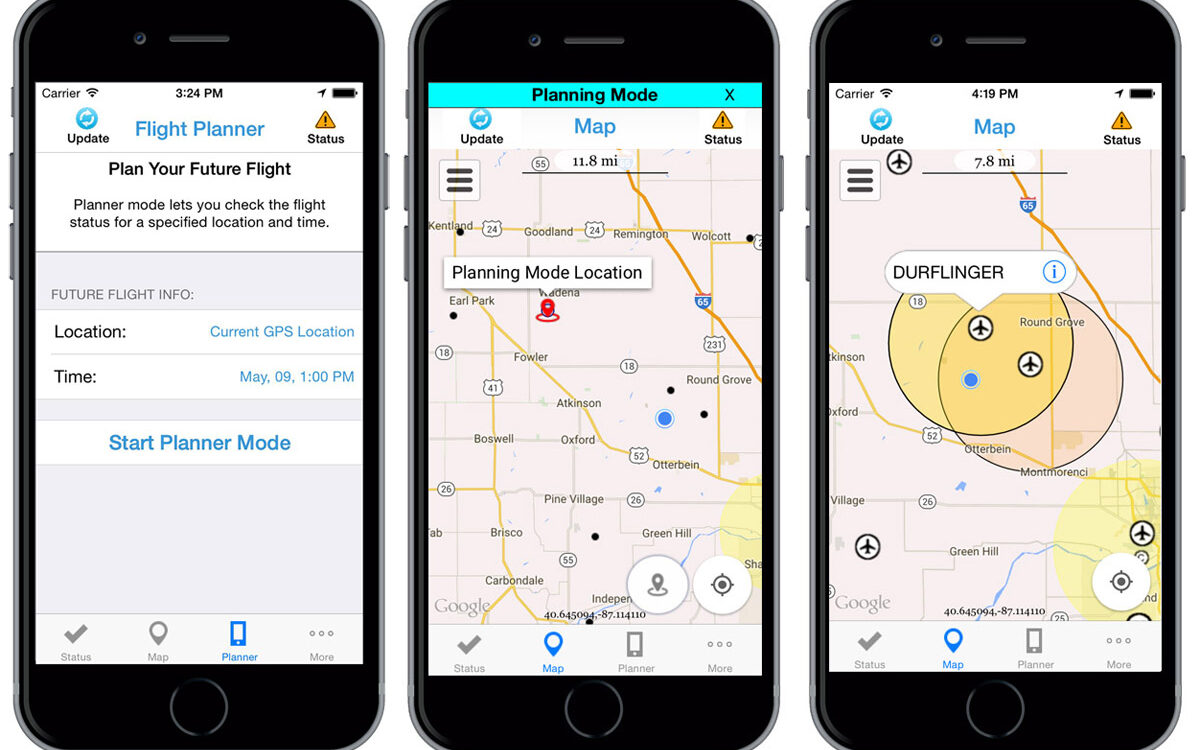 FAA (Federal Aviation Administration) has released a smartphone app called B4UFLY, designed to show drone operators any restricted areas and to inform them of local rules. In an effort to educate drone users of flight restrictions, DJI has launched a public beta of their new geofencing system.

Prices for drones are at a very competitive level and have therefore been available to the masses. This has caused some issues, with many hobby drone pilots not aware of restricted areas or not taking into account the safety aspect of flying drones near airports or busy areas. Despite the technological advances, drones are still susceptible to malfunction and could cause serious injury.  Recently, during a live skiing event, Austrian skier Marcel Hirscher almost got hit by one of the TV channel’s drones.

In order to combat reckless drone flying, many countries are implementing regulations for drone pilots to register their drones with the FAA or equivalent. In certain instances, drone operators even need to acquire a pilot licence. Here, various drone-specific laws are taught. It’s a lot to keep track of, which is why the FAA has released B4UFLY, a smartphone app designed to keep drone users informed.

B4UFLY—an abbreviation of “before you fly”—allows users to pre-emptively plan out flight routes and check against local rules. If you’re in a city such as Washington D.C, for instance, the app will warn you that drone use is prohibited. If you’re near an airport, it will propagate restrictions and special rules. 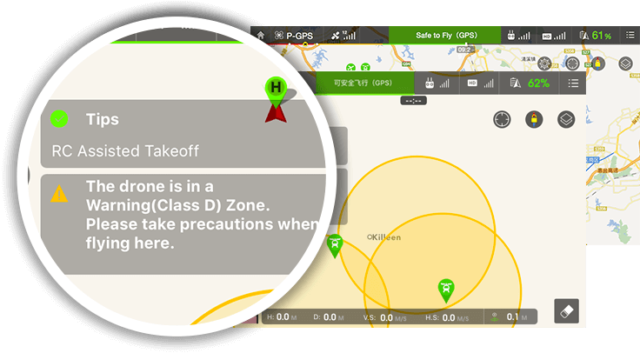 DJI launched a public beta version of its new geofencing system in North America and Europe. Geospatial Environment Online (GEO) provides drone users with up-to-date guidance on locations where flight may be restricted by regulation, or raise safety or security concerns. This upgrade to DJI’s existing geofencing system will give users access to “live information about areas temporarily restricted from flight due to forest fires, major stadium events, VIP travel, and other changing circumstances. The GEO system will also show restricted areas around locations like prisons, power plants and other sensitive areas where drone flight would raise non-aviation security concerns.”
GEO will allow drone operators with verified DJI accounts to self-authorize and temporarily unlock flight in some locations.

Certain areas where drone flight is not allowed, such as Washington D.C., will remain as unlockable no-fly zones. Unlocking requires a DJI account verified with a credit card, debit card or mobile phone number. DJI will neither collect nor store the information, and the service is free.

The verified account is required only if a user chooses to fly in a location that might raise aviation safety or security concerns.

Use of GEO requires a drone firmware update and installation of a beta version of the DJI Go app. Android users can directly download the APK file at http://bit.ly/1PyIVIA. Users of iOS devices can request a download of the beta app by providing an email address to [email protected].

The GEO public beta will work with both DJI’s Phantom 3 and Inspire 1 drones, with specific versions available for download at http://www.dji.com/flysafe/geo-system. A final version will be available shortly after the beta stage.