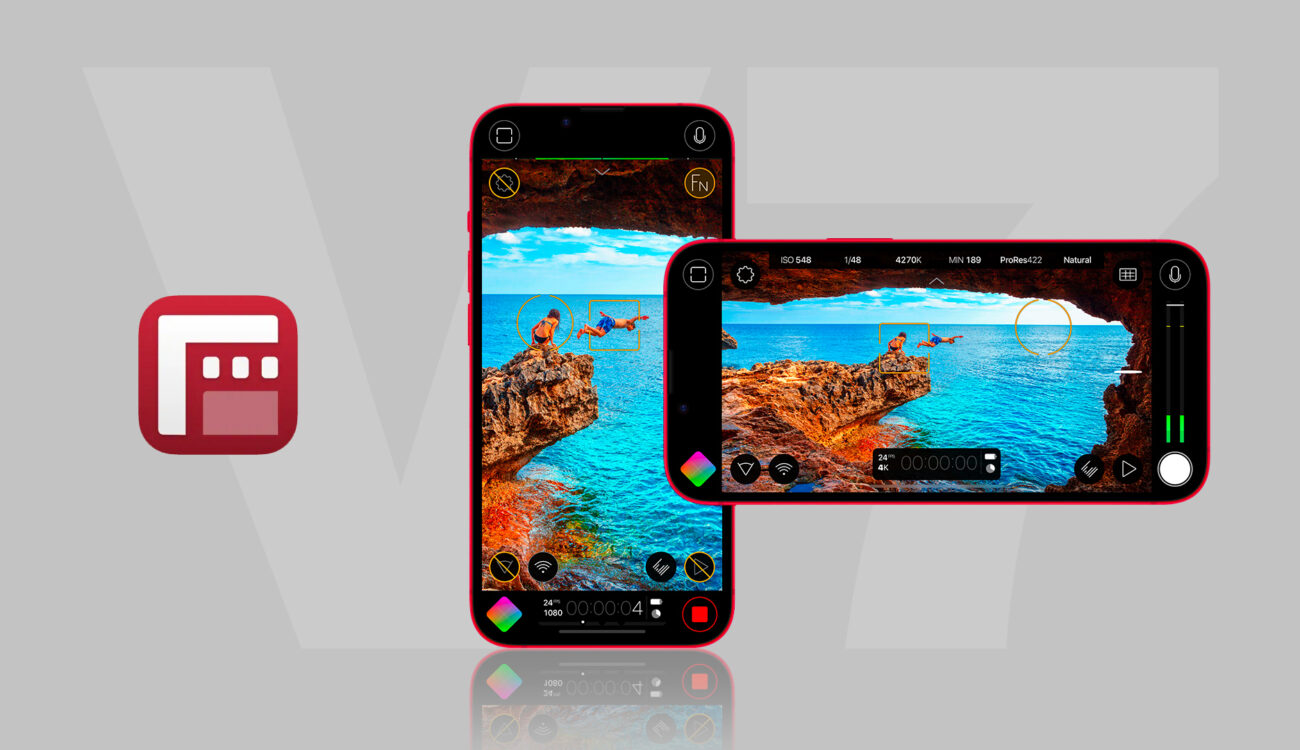 Filmic Pro has just introduced the seventh version of their popular mobile filmmaking app. Filmic Pro v7 comes with a new UI, that has been redesigned from the ground up: a new user-assignable function button, modernized manual controls for exposure and focus, and more.

Filmic Pro is undoubtedly one of the most fully-featured filmmaking apps for smartphones on the market. Although I only occasionally use it for personal purposes, it’s the go-to choice for many news gatherers, vloggers, and content creators who need a professional tool to produce content on a daily basis.

The app, which already offers some pretty advanced features (such as the ability to use log gamma curves or even shoot ProRes on some of the latest iPhone models), has recently undergone a complete re-styling process. So let’s take a closer look at what’s new!

When opening the latest version of Filmic Pro v7, you will be faced with a completely redesigned user interface. Though, at first glance, I wouldn’t say the UI has been revolutionized to an extent that can be confusing for existing users. Indeed, while many controls have been moved around and new ones popped up, it still retains its overall intuitive approach.

The new UI has been optimized for both landscape and portrait orientations and is now based on what the company calls QAM (aka “Quick Action Modal”) system. Essentially, QAMs are shortcut buttons that grant you access to key functionalities without ever leaving the main screen. Settings that are accessible through QAMs are grouped by categories, such as Focus/Exposure Mode, Audio, Lens, Remote Control & Monitoring, and Live Analytics (aka monitoring tools).

Furthermore, by popular demand, a new Fn custom button has been added to the top right corner of the main screen. This control can be mapped to a number of different functions, so you can quickly recall the single one that you use the most. This may look like a small improvement, but shows the level of attention that the company put into redesigning the app.

A new Action Slider is now accessible from the top of the UI, providing real-time readings of some of the most fundamental settings (namely ISO, shutter speed, WB, remaining recording time, codec, and gamma curve), even while recording. The bar also shows which parameters are locked, and now also provides new ways to adjust each setting. Indeed, users can change most values by using a slider, choosing between a series of presets, or dialing in a precise number.

Interestingly, the app also has some hidden gems that even some high-end mirrorless cameras lack. For example, shutter values are displayed as both shutter speed and shutter angle.

Lastly, the design of the full manual slider controls for exposure and focus has been revisited. The old arc design, of which I’ve never been a huge fan, has been replaced by two simple vertical sliders. The left one controls ISO, shutter speed, both of them (LV mode), or zoom level, while the right one adjusts focus distance. What’s interesting is that the focus slider can now be set to perform automatic focus pulls!

Last but not least, the app has been updated to support 24-bit audio as well as ProRes 4444 recording on the iPhone 13/14 Pro series and, exclusively on the new M2-chip iPad Pro, even ProRes 4444 XQ.

Filmic Pro v7 is now available to download for both iOS and Android users. The app recently moved from lifetime licenses to a subscription model. Taking a look at in-app purchases, a yearly subscription to Filmic Pro costs €61,99. However, existing users can benefit from a 20% loyalty discount, while retaining lifetime access to Filmic Legacy v6.

Do you often create content using your smartphone? What do you think about the new features in Filmic Pro v7? Let us know your thoughts in the comment section below!