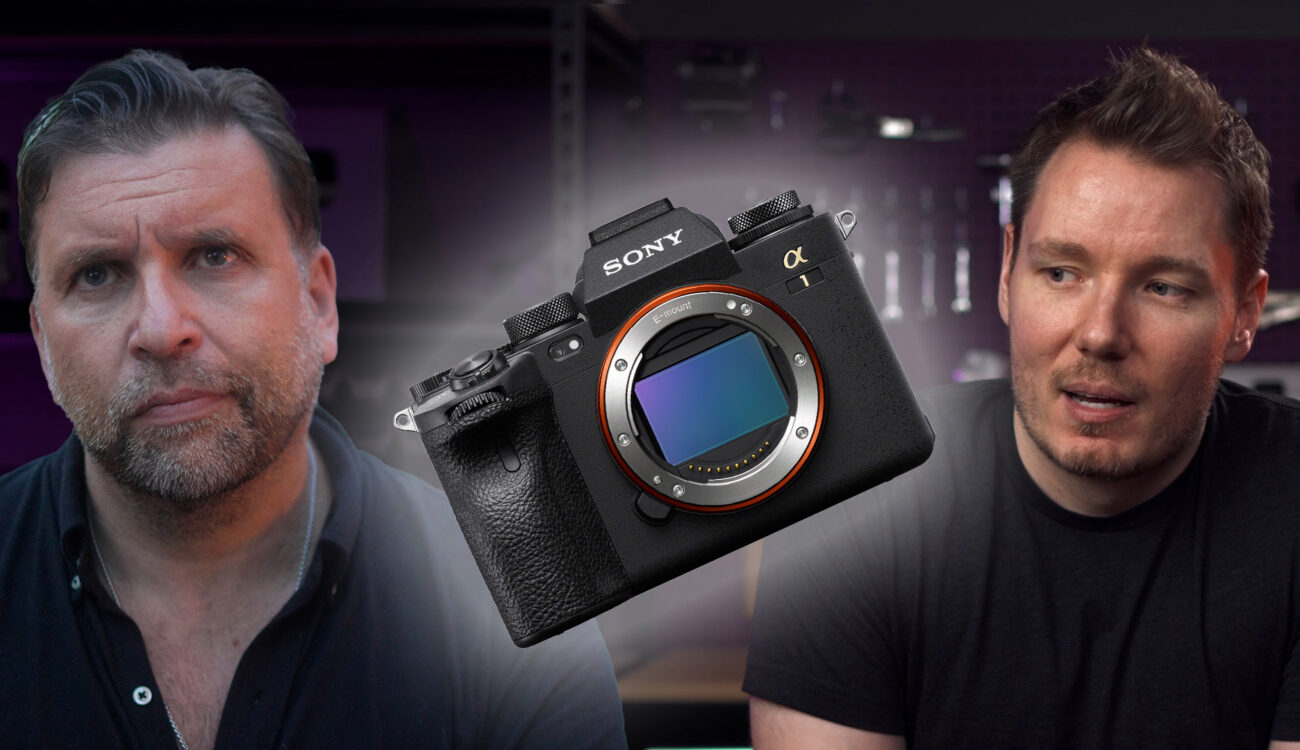 Sony has lots of different Alpha models in their mirrorless lineup, with different features – yet frustratingly, some important software-based features still didn’t make it to their flagship models via firmware updates, a frustrating inconsistency that filmmaker Philip Bloom highlighted in his latest video – let’s take a closer look at what he found.

Philip Bloom‘s latest extensive video review is about the Sony FX30, a camera which we of course covered before, also in a video interview with Sony product planner Kosuke Imagawa-san. While you might or might not be interested in that video review, as a Sony user you will definitely be interested in the last 10 minutes of his video, where Philip highlights a problem with Sony’s track record of firmware updates on their Alpha and FX series mirrorless cameras.

Watch the video below from around minute 24:00, to see what I am talking about.

It all comes down to the fact that Sony keeps releasing newer, cheaper cameras in their Alpha series lineup that out-do their own flagship cameras in several departments, that could easily be fixed via firmware updates if they put enough resources behind implementing those features. Let’s take a look at those missing features.

In the menu of the a1, FX3 and a7S III there is an option to select animal eye AF in video mode; when you engage it, the animal AF icon displays on the screen, but no animal is recognised – nor any humans. The mode can also be assigned to a video-only custom button and function menu.

That’s because Sony says animal eye AF in video is not supported in them despite the option being selectable; they also won’t explain its presence. This non-functioning option has been there since the release of the cameras, but no firmware update since then has made it work.

Whilst their most expensive mirrorless cameras languish in firmware limbo, updates in December last year did give animal eye AF in video to their cheapest full frame and APS-C cameras, the a7C and the ZV-E10.

AF Assist – extremely useful for movie shooting, missing from a1 and a7S III

AF Assist is an extremely useful function that lets you “override” engaged autofocus. By operating the lens barrel, you’ll refocus on what you want to be in focus, cancelling any subject tracking; when you stop using it, the AF will try to keep in focus whatever you refocused on. Although it currently doesn’t work with third-party lenses. AF Assist is essentially the same thing as direct manual focus (DMF) that the photo mode has had for years.

AF Assist was added in firmware update to FX3. But it hasn’t been added to the a1 and not in the particularly video-focused a7S III. It’s also available in the a7 IV, a7R V and FX6 cameras.

Focus Breathing Compensation – missing from a1, a7S III and FX3

Focus Breathing Compensation counteracts lens breathing when refocusing on a compatible E-Mount lens. Lens breathing is the effect that appears to slightly zoom in/out when shifting the focus on lenses that are not solely built for movie shooting (i.e., all native E-Mount lenses from Sony). Focus Breathing Compensation crops into your image as it needs “wiggle room” to counteract the issue. How much is cropped depends on the lens.

Focus breathing control is not available on the a1, a7S III, and the FX3. It’s not not there due to the “lack” of resolution, because the FX6 has it, and that camera shares the same sensor with the a7S III and the FX3.

New video display layout – only on FX3, FX30 and the new a7RV

Sony introduced a new, “cleaner” video display layout on the FX3 and FX30, which would also be useful to have on the other cameras. It leaves the screen less cluttered with overlays and puts them above and below the actual image. Sony might say this is a feature reserved for “video-first” cameras like the FX3 and the FX30, but they also put it in the new a7RV. I still wonder why some really essential video features such as DCI modes and shutter angle were left out of the FX3 and FX30 though.

Philip Bloom also talked to Gerald Undone about this in his video, who correctly points out that the frustrating part about Sony is that they release cheaper cameras that actually have newer and better features (e.g. focus breathing compensation and the other features mentioned above) than their top models (e.g. the Sony a1), but then they DON’T update their top model to include those same features. (In case you missed it, watch our “Lab Test Talk” with Gerald Undone, in which we discuss standardized dynamic range, latitude and rolling shutter testing on cameras.)

The Sony a1 is their flagship mirrorless camera, it costs around $6,500, while the FX30 is only $1,800 – yet it includes these software-only features that the flagship simply doesn’t have and still hasn’t received since its release in January 2021.

The price of a Sony a1, a7S III or FX3 is a major investment for a filmmaker or photographer, which simply has to last longer in order to create brand loyalty. Otherwise people will simply wait for the cheaper alternative being released, because they can be sure that there will be newer, better features available at a lower price.

Big thanks to Philip Bloom in helping with writing some of this article to get all the facts right. It’s easy to get confused with all the different versions of cameras and functionalities!

What’s your take on all this? Are you missing software features from your Sony camera that you think should be there?