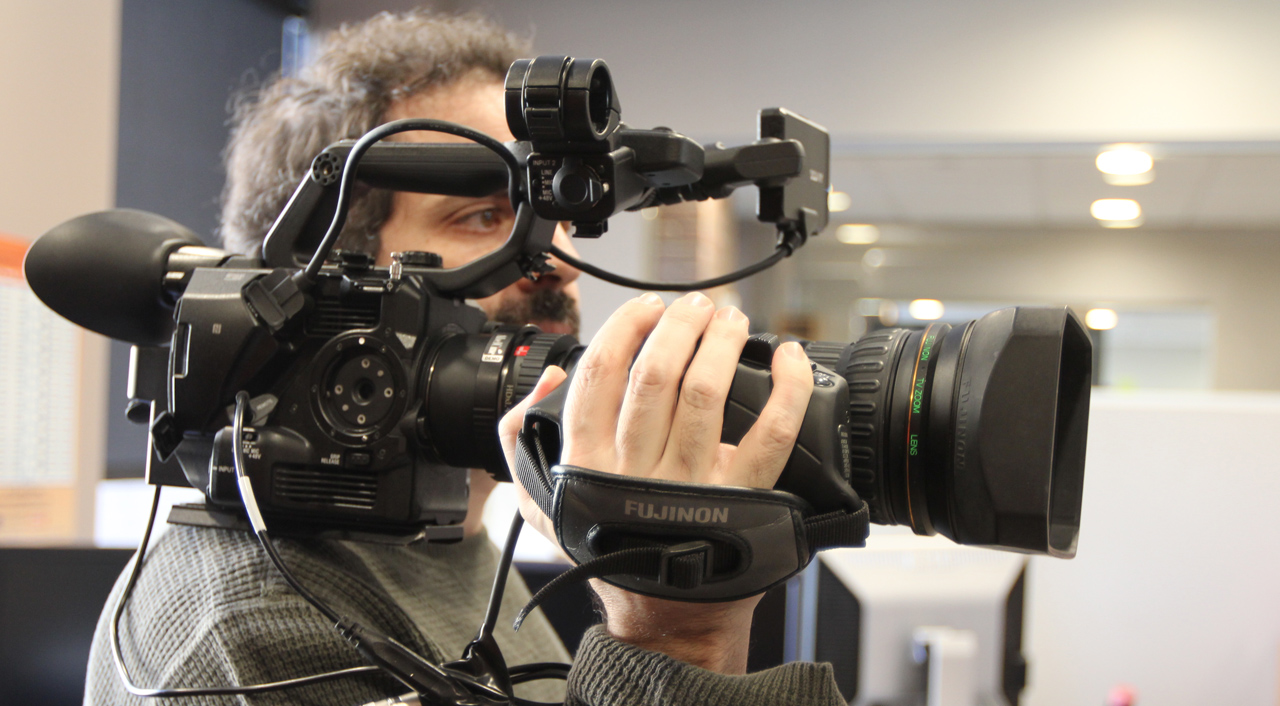 So, firmware version 3 is imminent for the Sony FS7 (end of January) and one of the big features that will be included is Center Scan mode.

There are many advantages of this feature. In this article, I will be running through the benefits that the FS5/FS7 B4 mount ENG lens combo will bring to the table—making it a viable solution for many filmmakers.

AbelCine’s recent article on combining the Sony FS5 with an x17 B4 lens piqued my interest.

Many have anticipated this feature for the Sony FS7. It is a feature that has made its way down from the more expensive F55 and F5. I wanted to clear the air on exactly how it works, as many are not sure on the mathematics. 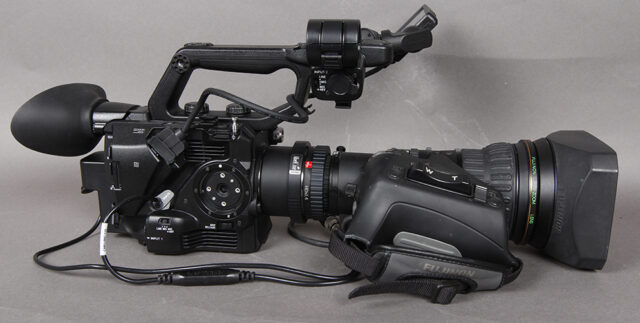 Those coming from a stills or video DSLR background may not have come across a B4 lens before—a lens format that was most popular in a time when equipment lasted longer than a moderately sized gobstopper.

B4 lenses are designed for a 2/3″ sensor, much smaller than a typical super35mm format. 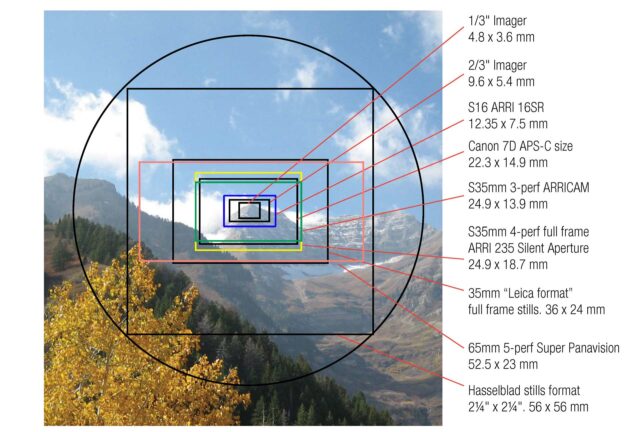 There are so many B4 lens options, the smaller sensor—when compared to super35mm—made long zoom lenses much more accessible. Factor in the concept of time, since B4 zoom lenses have been around for a while, and you can pick them up fairly cheaply (relatively speaking).

A moderate zoom, perhaps the modern day shooter’s version of a 70-200mm, would be around an x20 B4 lens. That would be the equivalent of 650mm or so on super35mm.

Add to that a doubler, which a lot of these good zoom lenses have, plus servo zoom capabilities and you can see the appeal of such a conversion.

What is Center Scan Mode?

Center Scan—yes, the Brit inside me cringed, as we spell it centre—is the key to making B4 lenses compatible. Both the Fs7 and Fs5 are 4K cameras and to output 1080 or 2K (in the FS7s case), the camera downscales its 4K capture into its respective lower resolution (1080 or 2K).

Rather than downscale a 4K image, in Center Scan Mode the correct resolution is simply taken out of the centre of the sensor.

From around 1.08 minutes in, the video below gives a good visualization of Center Scan. Please note that this video is for the purpose of the Sony F5 and F55, so the lack of 2K on the FS5 or 4K pixel count will alter slightly for the Fs7 and FS5, but the overall principle is the same.

Center Scan Mode crops into the sensor, giving us a more zoomed-in portion of the image by 2x times. This is great for extending the reach of our lenses, as the above video continues to explain, or we can harness that crop differently by attaching lenses designed for a smaller image circle: the B4 format.

How Does The Adaption Work?

Almost. Yes, there are many physical adaptors out there, but there is more to this adaption than simply making two mounts compatible.

Looking back at the diagram we shared earlier in the article, we can see that Super 16 (S16) is a bit bigger than 2/3″.  A good adaptor will convert this discrepancy, enhancing the image circle of the 2/3″ lens to a super 16 format.

MFT services make an adaptor that does just this. The principles have been around for some time for the F5 and F55 cameras, but an E-mount package has become available more recently for the Sony FS5 and FS7. 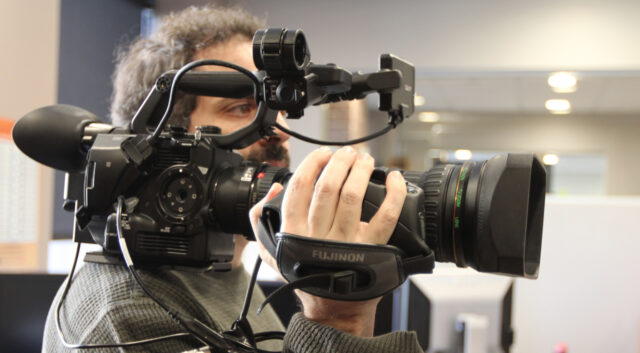 How Do You Power A B4 Lens?

In case you weren’t aware, B4 lenses with servo zooms require power in order to fully operate.

On a 2/3″ camera, this is usually via a connection built into the lens mount of the body. A port of this kind is seldom required on a super35mm camera.

There are a few options out there; most will convert the lens lanc cable to familiar P-tap or Hirose.

The Cameo Lanc Cable is a very interesting solution, however. It splits in two on the camera side. One power (Hirose or P-tap) and the other a 3.5mm connector to plug into the camera. This enables start/stop via the lens that is always found on the grip; offering another handy feature of the ergonomically pleasing ENG lens format.

If you’re not already powering your camera via V-lock or the FS7 Extension Unit, here are two solutions that get my recommendation, which will work directly with the Cameo Lanc Cable:

Sony BPU-60T. These work on both FS5 and FS7 and simply offer up a 4-pin Hirose connection on the battery, in addition to powering the camera.

Hawkswood Bloc. These are good if you don’t want to invest in new batteries and/or want to power other accessories like a wireless transmitter. They come in a variety of battery options, including Canon BP and Sony BP and NP-F.

We have an old B4 zoom lens and we’ve attached our MFT adaptor on it. This combo will now send a super 16mm sized image onto our lovely FS7 4K sensor. Without any Center Scan Mode enabled, we get this: 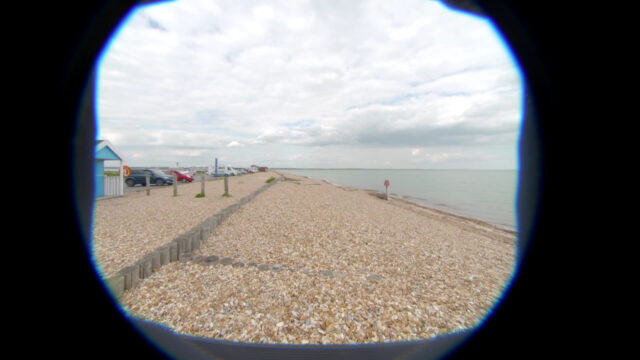 So we’re just waiting around twiddling our thumbs until Sony enable Center Scan Mode in the next firmware update, right? Well actually, many setups will work already.

As I mentioned earlier in the article, it’s common for a B4 zoom lens to have a built-in extender—many of which with x2 magnification. An extender like this will do the same thing Center Scan Mode does, crops into the image to eliminate the vignette.

However, doing the crop optically will expose the blemishes of the lens and also lose light.

Center Scan Mode simply utilizes a smaller portion of the sensor. In theory, it will yield much better results (although it would be nice to see the difference in good light between a stellar performing lens with an x2 extender, versus a more readily affordable zoom lens and Center Scan Mode).

Despite being the more affordable camera body, the Sony FS5 already has complete support for B4 lenses. As it is a newer camera body, Center Scan Mode is already available. Check out the AbelCine video below where they mount an x17 servo zoom B4 lens to the FS5.

Note that with the addition of an x2 extender, with Center Scan Mode enabled, you can make further use of the optical x2 extender by getting even more range from your lens.

Sony FS7 firmware 3.0 should be available by the end of the month, and with Center Scan Mode it will become a very powerful tool.

B4 lenses have such a long reach in comparison to stills lenses, add to that servo zoom and parfocal optics (ie. focus does not change when you zoom) and you have a very versatile setup in your arsenal.

Wildlife and Live Event filmmakers will benefit highly from this setup, now operators can benefit from all the comforts of an ENG style servo zoom lens, with all the fantastic new features a super35mm 4K camera like the Sony FS7 or FS5 can offer. Rather exciting, isn’t it?