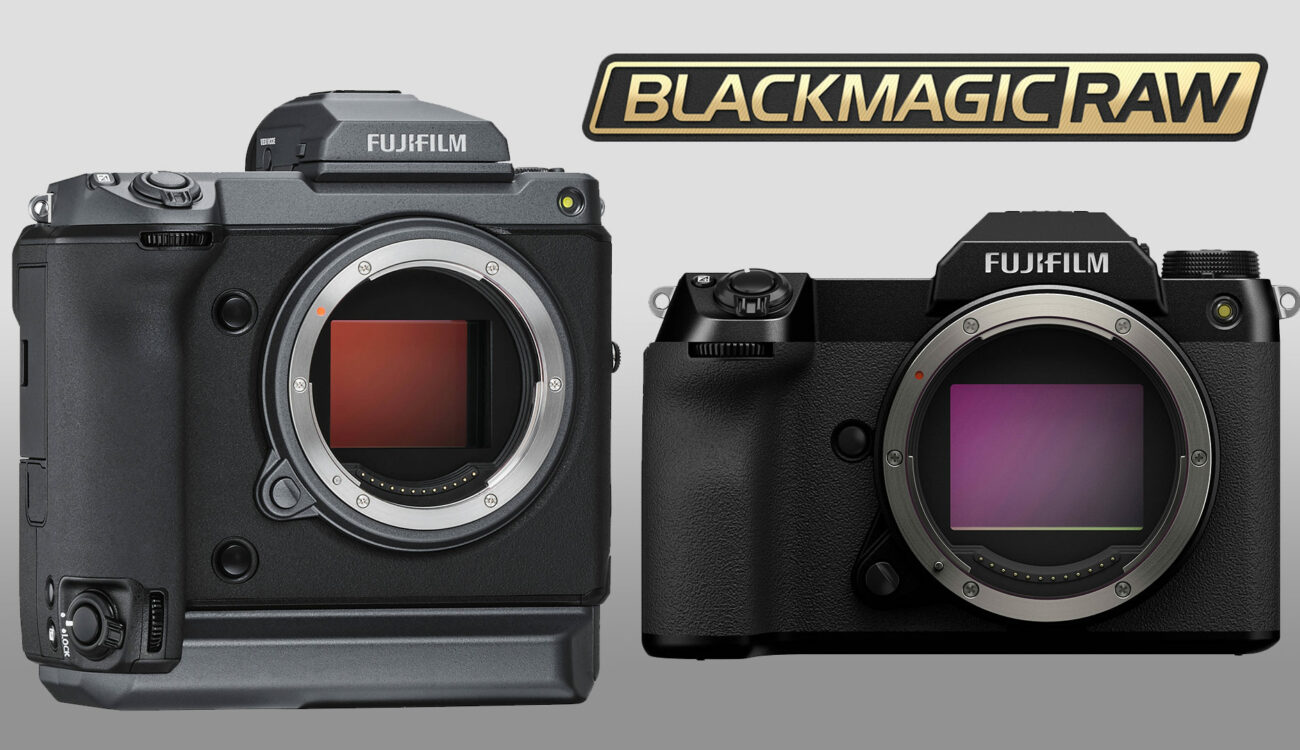 by Jakub Han11 days ago

FUJIFILM GFX 100 and GFX 100S medium format cameras will get a firmware update in October 2021 that unlocks the raw video output for Blackmagic RAW up to DCI 4K 30fps when paired with a compatible recorder such as the Blackmagic Video Assist 12G.

The Japanese camera company FUJIFILM recently held an online event called X Summit PRIME 2021 where their representatives announced new and upcoming products in both medium format GFX and APS-C X line. When it comes to the large sensors, FUJIFILM announced the new GFX 50S II camera. As this new camera is mainly targeted at photographers and only features 1080p video, we decided to focus rather on other GFX-related news which is the upcoming video-related firmware update for both GFX 100 and GFX 100S cameras.

I think it’s safe to say, that FUJIFILM GFX 100 was the first FUJIFILM medium format camera that really did not only focus on photographers but introduced useful video features for filmmakers as well. Announced in May 2019, the camera offered a 4K video with IBIS and other useful features for filmmakers. Make sure to check Johnnie’s two-part documentary about the birth of this remarkable camera in case you missed it:

In June 2020, the GFX 100 received a firmware update that introduced compatibility with the Atomos Ninja V for ProRes RAW recording from the camera’s raw video output over the micro HDMI port.

At the beginning of this year, FUJIFILM introduced the GFX 100S – a smaller sibling that features the same 43.8 x 32.9mm medium format sensor with 102 megapixels as the GFX 100. Take a look at our photo review of the GFX 100S here. The new camera is also compatible with the Atomos Ninja V for ProRes RAW.

Finally getting to the point, the upcoming firmware update will introduce compatibility with the 12-bit Blackmagic RAW codec for both the GFX 100 and GFX 100S. The HDMI raw video output of the cameras will be compatible with the Blackmagic Video Assist 12G recorders. There are no more details available yet, but I assume that the BRAW will be available in the same resolutions and framerates as ProRes RAW, so the maximum will be DCI 4K30p. In my opinion, it’s a pity that both cameras only have a Micro HDMI port.

FUJIFILM really seems to push the large-sensor medium format like no other company. To expand the existing portfolio of 13 GF lenses, the Japanese company also announced four new lenses for the G-Mount.

The first lens, which is in the production phase already, is the compact GF35-70mm f/4.5-5.6 WR zoom lens. According to FUJIFILM, this will be an affordable, small, and lightweight medium format zoom lens that will go well with the FUJIFILM compact bodies such as the new GFX50S II.

The other three lenses are still in the development phase:

Do you shoot video with sensors larger than full-frame? Did you work with any of the FUJIFILM GFX cameras? What do you think of the upcoming firmware update? Let us know in the comments section underneath the article.