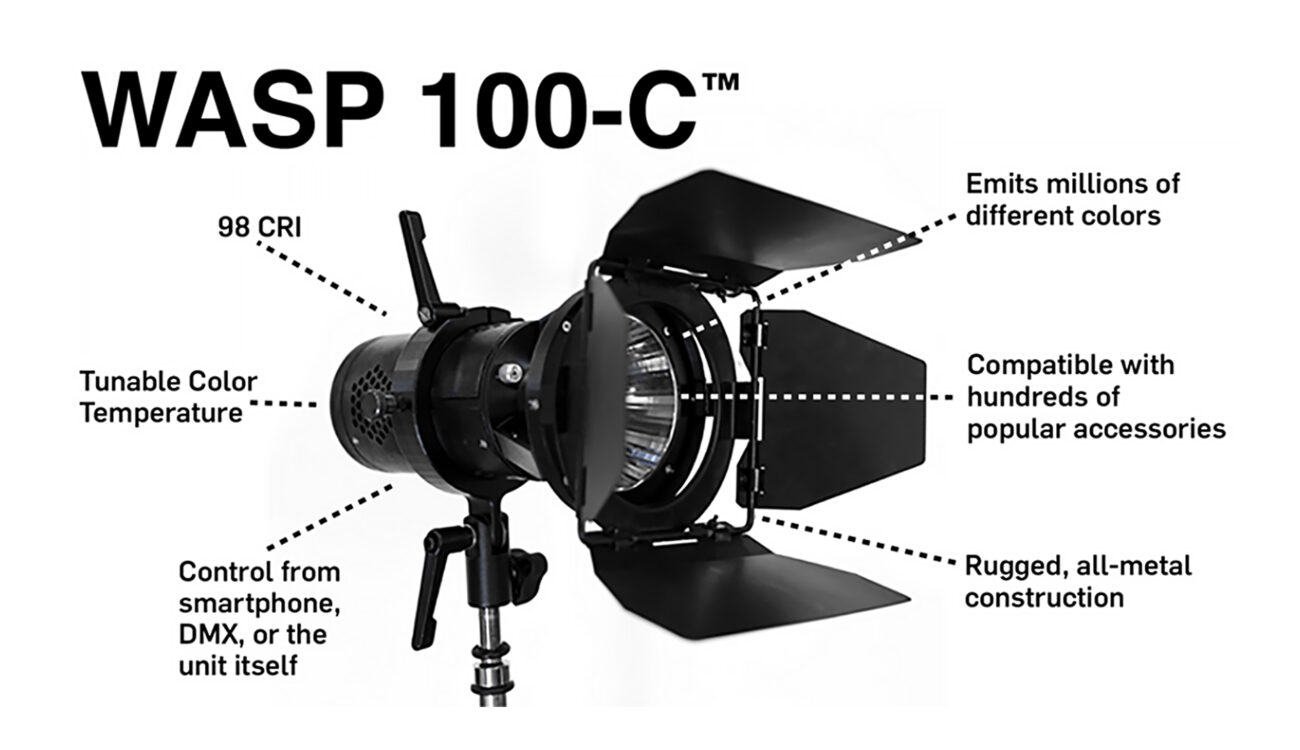 Kickstarter campaigns for video and film production equipment come and go. We’ve all seen the ‘Craft’ custom-built camera, and more recently the SPUD portable monitor. This time, award-winning lighting manufacturer Hive are crowdfunding for what they claim is the “next generation in production lighting”. Let’s take a look at the Hive Lighting wasp 100-c.

The WASP 100-C is a constant 100w LED light, aimed at a wide market of users from photography and cinematography to sound stage lighting. Hive use the acronym S.H.O.T (TM) control system to highlight its unique features, which include adjustment for: 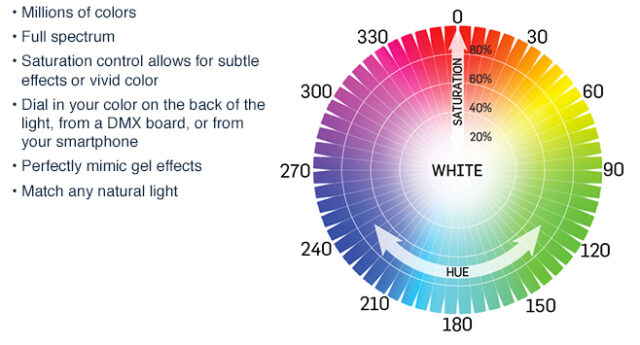 The combination of this S.H.O.T (TM) control system with 5 energy-efficient LEDs to create any kind of colour looks similar to the ARRI Skypanel we checked out at IBC, but in a much smaller and cost-effective package.

There is a lot to talk about with this little light – Hive have certainly packed it with as many features as you could possibly want in a portable lighting fixture. It’s very popular too, surpassing its $35,000 target to nearly $300,000 with 15 days still to go.

The wasp 100-c promises millions of colours through saturation and hue mixing without the need for gels, and can be controlled by standard DMX protocol or via smartphone. The smartphone control is a simpler application to use than a DMX-based setup, but it shows that Hive have considered both everyday video/film users as well as higher-end productions with rigged lighting for this fixture. 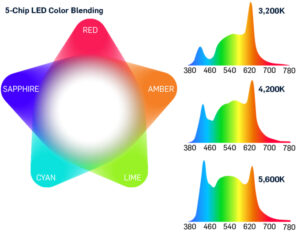 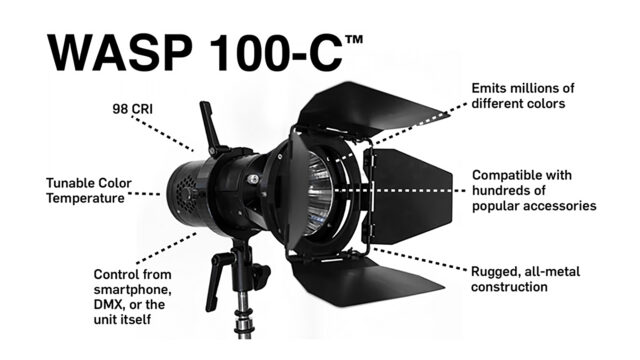 The wasp 100-c has even been designed with a battery mounting plate, taking both the regular V-mount and Anton Bauer types. There is no mention of running time on batteries, but it also accepts AC power.

You can adjust colour temperature range from 1650K (candlelight) all the way up to 8000K (blue sky), which is an even wider range than the Hive Plazma light.

WASP 100-C Features at a Glance

The wasp 100-c is estimated to be delivered in the Spring of 2017, and there are a limited number of early-bird kits available (saving $200) by pledging $849. Once the early bird runs out, the WASP kit can be backed for $899 which, when compared to the price of lights with similar functionality ( Arri SkyPanel is over $4000 and Digital Sputnik is over $2000), is a pretty sweet deal.

Interested? Back the Kickstarter campaign here. Would you like a wasp 100-c as part of your lighting kit? Let us know in the comments!