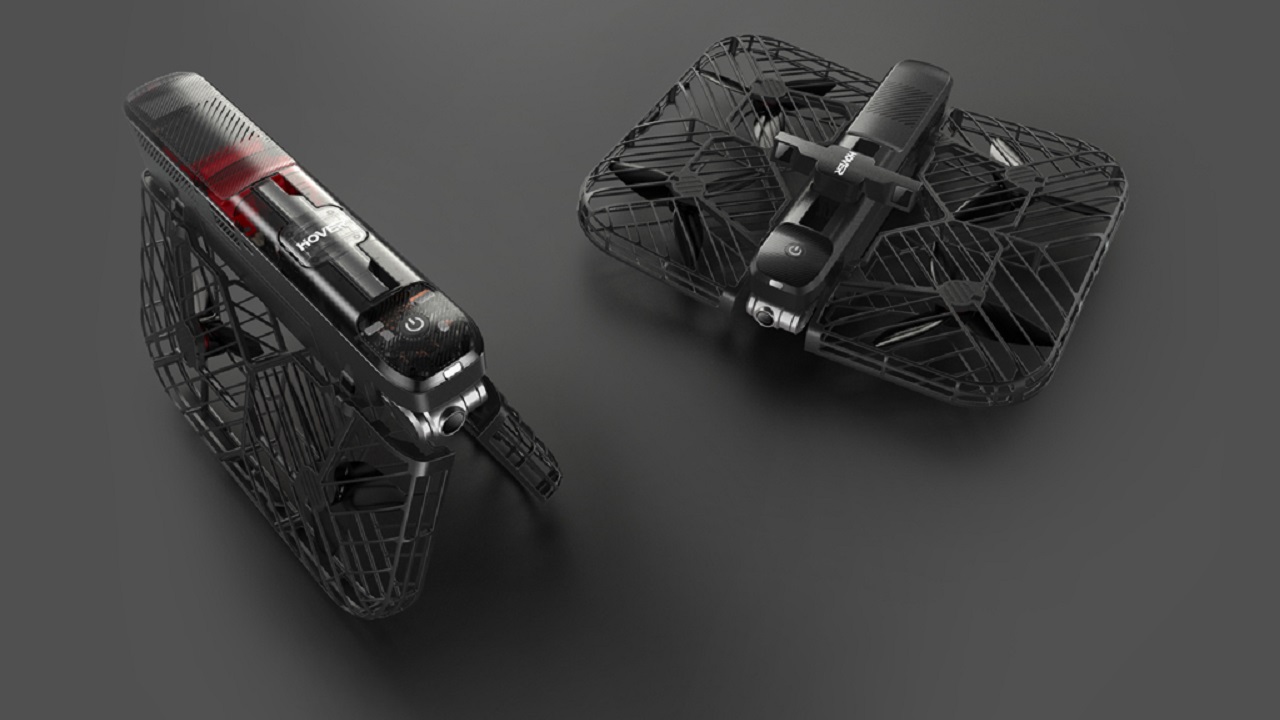 New fully autonomous drone Hover 2 is very popular on Kickstarter. The campaign is already far above its goal and it goes on till 30th December. The drone offers many interesting autonomous features and its stabilized 4K camera has some promising specs. 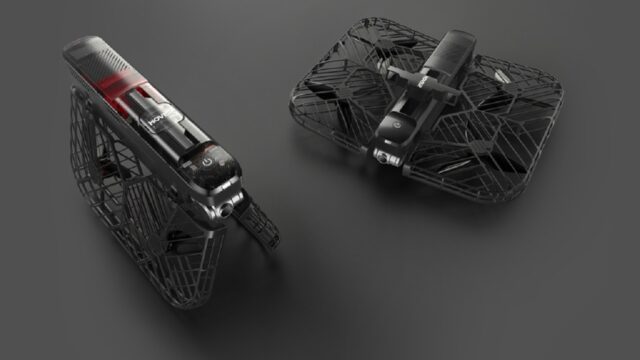 Modern drones almost always feature some level of autonomous flying or at least partially autonomous smart features. There are, however, not that many fully autonomous drones yet. You might still remember the Skydio R1 autonomous drone, which was also released this year (links to our initial release article and firmware update announcement). My colleague Nino has the drone for testing and his review will be online within the next weeks, watch out for that. The Skydio R1 is however still quite pricey at $1,999.00. The newly presented Hover 2 should be significantly cheaper and its specs look quite promising.

The company behind this drone is called Zero Zero Robotics and was founded in 2014 in California. Their first product was the Hover Camera Passport drone. It already offered some autonomous features and very compact foldable form factor. In the second generation – Hover 2 – autonomous flying has been expanded and further developed. They now run a Kickstarter campaign for the Hover 2 and already managed to raise almost ten times the financing goal. There is still enough time to back the product as the campaign goes on till 30th December.

The new drone features the same folding design as the first generation Hover with only a few slight differences. The most visible difference is the camera gimbal and the optical radar on top of the body. Hover 2 now also offers two different propeller guards designs. The standard enclosed propellers are made for easy manipulation by hands – the propellers are in some sort of “cage”, which minimizes the risk of injury when catching the drone. The aerial propeller guards offer improved aerodynamics and are designed for the BlastOff mode (more on that further). 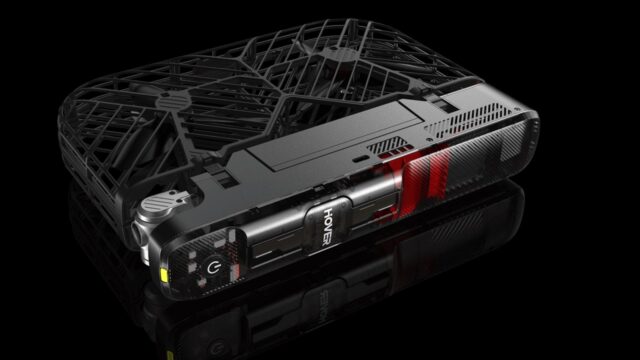 The Hover 2 drone has quite a capable camera module too. Specs-wise, it reminds me of the DJI Mavic Air. There is a 1/2.3″ CMOS sensor with the resolution of 12MP. The camera can film MP4 video in 4K UHD up to 30fps, 2.7K up to 60fps and 1080p up to 120fps with the maximum bitrate of 100Mbps. The lens is a fixed f/2.2 28mm (full frame equivalent) focal length. The whole camera unit is attached to a 2-axis mechanical gimbal.

There are more packages available on Kickstarter, which open up different ways how to operate the Hover 2 drone. There is an Essential and Standard package, Palm Pilot package and the BlastOff package.

If you get the essential or standard package, you can control the drone with a smartphone.

Palm Pilot package includes the Palm Pilot remote control for one-hand operation. It auto-pairs with the Hover 2 and offers shortcuts to the favorite flight and capture features. Maximum control distance with this remote is 100m. An LCD screen on the controller displays first-person POV from the drone.

Hover 2’s proprietary Optical Radar is a swiveling stereo sensor that gives the drone depth perception in every direction. Combined with SLAM 3D mapping, VIO (Visual Inertial Odometry), and path planning features, the drone can navigate new environments with 360º obstacle avoidance and bypass obstacles while tracking a target in real time. The computing power is provided by a Qualcomm Snapdragon processor.

The computer vision system of Hover 2 is able to accurately lock onto the target even after significant changes in appearance and shape of the target. By modeling the environment and monitoring the surrounding figures, the algorithm can accurately assess the cause of the obstruction and intelligently adjust its tracking strategy. The video demonstration of the A.I.-trained tracking algorithm looks quite impressive as it shows the awareness of distance and orientation of the subject as well as re-finding the target after occlusion.

The creators of this drone expect to be shipping the units to backers in March 2019. You can still participate on the Kickstarter campaign by following this link. Prices range from $449,- to $799,- depending on the selected package. As with all crowdfunding projects you should be aware of the concept and potential risks when backing a campaign.